Synopsis of a paper by Jesse Bain
Written by Marine Baud 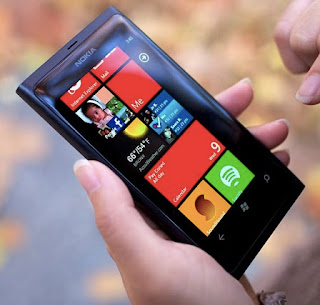 Nokia launched its blown away campaign in 2012 in India. The campaign aimed to challenge rival Smartphone brands into a competition of updating profile on famous social networks. This competition of speed was aimed at seeing who would achieve the specific task faster. Nokia India Marketing Director Viral Oza said “The Lumia 800 emerged as a clear winner by winning 94% of the total 104 challenges timed by Nielsen." It was said that Nielsen, the marketing and advertising company, validated the campaign. After the rival had beaten the case, the candidate held up a sign saying “My phone just got blown away by the Nokia Lumia” and the final advertisement only showed the winning timed tests (See the following video). This campaign has nevertheless been highly criticized by the competitors and mainly the major one, Samsung, which was highly used by the opposite participants and thus advertised. In the following video, we clearly recognize a Iphone. A spokeswoman from the company even accused the campaign for being “clearly unethical”.

The company was created in Finland in 1865. In 2011, Nokia was one of the largest mobile phone producers in the world and named the 160th best company according to Forbes. Nokia’s business operations are separated into three different segments. These segments are Devices & Services, Location & Commerce and finally Nokia Siemen Networks. Even though the company’s profits have steadily decreased through the past four years, Nokia still reported a profit of 202 million euros for the last quarter of 2012.

After having lost a lot of customers on the highly profitable Indian market, the company has decided to launch in 2012 the “Blown Away by Nokia Lumia” campaign in the country. While some theorists argue that the campaign was ethical, such as the individualists embodied by Milton Friedman, others argue that it wasn’t legitimate and unethical, such as Utilitarianism, Kantianism and finally the virtue theories.

The individualist theory argues that the goal of a business is to make a profit for the company and the shareholders. It is an egoist theory that focuses on maximizing freedom under the constraint of the law. By releasing the blown away campaign, Nokia has definitely served its own interests in an attempt to attract Indian customers to buy the Lumia 800 and not competitor’s similar types of cellphones. This campaign would thus be considered ethical by individualists.
On the contrary, the Utilitarian would have to evaluate the overall outcome of the campaign and measure global happiness. Stakeholders in this case are Nokia customers, the company, the competitors such as Samsung and Apple and their customers. All actions must aim at something good; there should not be altruism nor egoism. This case is quite complicated as we cannot completely be sure about the overall results but what we can tell is that it will maximize happiness of Lumia customers as well as the company but surely not the competitors. By showing their cellphones being beaten by the nokia phone, it risks decreasing the other customers’ satisfaction as well as the competitors’. As a whole, this campaign would be more unethical according to Utilitarianisms given the fact that the company does reduce the happiness of its competitors and that globally, there are more people using different cellphones in India than the Lumia 800.

Kantianism theory argues that people should be treated as rational and as an end not as a means, which is the opposite of the Utilitarianists' theory. The theory has four principles: Act rationally, allow and help people to make a rational decision, respect people and their differences, and be motivated by good will. The main problem that Kantian would point out lies in the second principle: allow and help people to make rational decision. The blown away campaign does not help people evaluate what are the advantages and disadvantages of the product as the campaign shows and wants people to believe the Nokia lumia 800 is the best product on the market. By showing competitors’ cellphones being defeated all the time, Nokia treats customers as a means to achieve profit by trying to make them want to buy their mobiles and not as an end to satisfy them as much as they can. It is thus unethical.

Finally, the virtue theory is more related to one’s character and it allows things to function properly. There are several virtues of character and most of them as violated, making this advertisement unethical. Honesty, fairness and justice are not respected by Nokia given that they only advertise what is in their pure interests, namely the successful experiences, which is totally subjective.

After having being highly criticized, Nokia India Director of Marketing, Viral Oza said that “This challenge has not been created to target competition but to highlight the social media capabilities of the device", which left many people skeptic about the real intention of Nokia at first. One year later, it still remains difficult to evaluate the outcome of the campaign in India and the possible market share gained from it.