﻿Based on a paper by Pat Hagerty
Summary by Marcus Godin 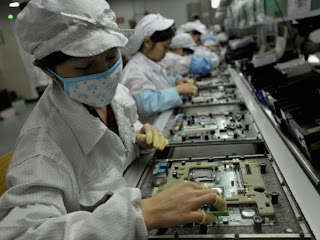 Over the past ten years, Apple Inc. has been one of the most successful companies in the world. The multi-billion dollar corporation was founded in 1976 by Ronald Wayne, Steve Wozniak, and Steve Jobs. Since releasing the iPod in 2001 and iTunes in 2003, Apple has dominated the music and phone markets with the ever so popular variations of the iPod, the iPhone, and the iPad. Being one of the top companies in the world, Apple is constantly monitored by the public eye. As of late, Apple has been in the news due to some ethically questionable incidents coming to light. In January 2012, they reported that one of their factories overseas in China had an explosion in May of 2011. This happened in a Foxconn Plant and the explosion was caused by small airborne aluminum particles being ignited. Four workers died in the accident. The explosion was caused by dust particles being created as a result of processing the Apple products. If hit by a spark, these particles can ignite as they are highly combustible. It should also be noted that many times before the accident, employees had complained of the poor and unsafe working conditions. This explosion raised many questions about Apple’s concern for worker safety and hurt the ethical credibility of the company. 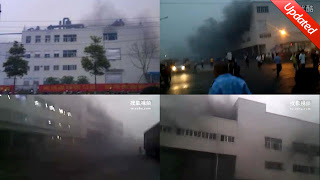 According to the Individualism, Utilitarianism, Kantianism, and Virtue Theory, Apple was completely unethical in its business practices. Starting off with the individualist theory, at first it may seem as though Apple was not doing anything wrong. They were trying to maximize profit by simply creating their products. However, poor safety conditions led to an explosion which meant loss of workers, the products that were in the building and the physical plant. That is a lot of money lost which is why Apple was wrong according to Individualism. Next is Utilitarianism, which was clearly violated by Apple. This incident was awful for all stakeholders involved. The explosion caused unimaginable damage to the workers who worked at the facility, that is a given. However, the customers were unhappy knowing the products they had bought came at the cost of losing lives, and the media firestorm that ensued after releasing this information caused a major headache for those who run the company. So the workers at the factory, all related to the factory, all who own any of the company, and the customers were affected by this. Apple also violated the Kantian way because Apple did not respect its own workers by following safety standards or even alerting the workers of the dangers involved when creating Apple products and letting dust build up. Also, not telling the public until 8 months after the incident also raised some eyebrows. Finally, Apple violated all four of the virtues in the Virtue Theory. The company was dishonest and did not tell its employees of the safety hazards and did not maintain safety which reflected on the poor treatment of the workers. The company also didn't have the courage to stand up for what is right, which would be treating their workers right. Also, Apple did not show reasonable expectations for their workers while having to work in these conditions (temperance). Finally, there was no justice as Apple was not fair in its practices. Apple is one of the most famous companies in the world and being a leader comes with social responsibilities. Incidents like these set a bad example and it ended up hurting the credibility of this corporate giant. 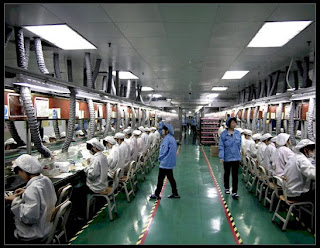