Methamphetamine, also known as "speed," is a very addicting stimulant of the central nervous system. The drug causes a high that can last up to a day. However, eventually that high wears off and the users experiences a crash. To nullify the crash, the users will combat it by continuous use of the drug. Often times, these users purchase the drug illegally, from an individual and this can be problematic. Can you imagine if many of the users or drug dealers had easy access to this drug from "The biggest operator of retail pharmacies in the United States?" That's exactly what was happening between 2007 and 2008 in Southern California. The reason for this was because the pharmacies did not comply with the federal daily and monthly limits of an individual purchasing pseudoephedrine. By gaining access to excess pseudoephedrine, these customers were able to create methamphetamine. 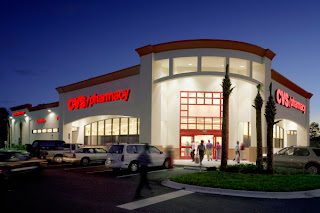 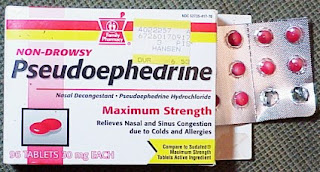 This skepticism suggests that the pharmacies involved may were aware of a drastic increase and that, while they may not have known what the drug was being used for, they may have intentionally ignored the regulations to increase profits for the store. In addition to this, a pharmacy manager would have a pretty good idea that selling more of the drug than legally allowed, would lead to drug dealers creating methamphetamine with it. This would be a complete disregard to the well-being of the public which is not a highly attractive quality for a pharmacy to possess. At best, this situation was a very large oversight and neglect towards the regulations. At worst, this was a disregard for the public and a focus strictly on profit despite the implementations on society.
These actions by the pharmacies would not qualify as ethical in any of the ethical theories. In terms of individualism, this would be unethical because the practice by the pharmacies was illegal. While it does promote the idea of generating profit being the overall goal, however, even considering that, the CVS/Pharmacies involved ended up forfeiting the money they had earned and it could be argued that the illegal practice was not a good decision because it was too risky. Utilitarianism focuses on making yourself, as well as other people. The theory values everyone's happiness as being equal. In this case you could argue that the pharmacy was happy because of an increase in profits and the customers were happy because they were able to get drugs they wanted to obtain. However, it seems that rather than truly making those people happy, they just reinforced the addiction of the users of the drug. It is hard to describe someone who has any serious addiction to be happy. The main focus of utilitarianism is the outcome. The outcome of this case did not provide anyone with happiness. The theory of Kantianism stresses rationality and respect. The pharmacies did not respect the public whether it was an intentional oversight or and unintentionally oversight. That conflicts with kantianism right away. On top of that, not only is the decision to illegally sell the drugs, not rational, it was also done for a completely selfish reason and conflicts with the idea of being rightly motivated. Aside from these points, the pharmacies were using people who due to their addiction, were not thinking rationally and took advantage of them. This is a complete disrespect for people and not ethical in terms of the kantian theory. The stakeholders such as the customers, now may be uncertain about getting their prescriptions at CVS because of the issue. The virtue theory explains ethics as achieving positive virtues for themselves as well as others. This act of the pharmacies displayed only negative factors such as greed, disrespect, and taking advantage of people. These factors are far from good virtues like honesty and respect. To comply with this theory, the pharmacies should have ensured that the regulations were followed and that there would be no way for the drugs would end up being used in the ways that they were. 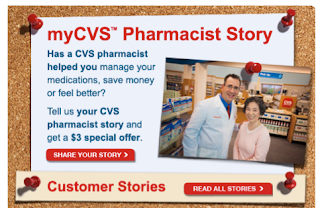 It is clear that CVS/Pharmacy's actions would be considered unethical within the standards of any of the four ethical theories. It is hard to imagine any way of rationally looking at ethics in a way that would deem this practice as ethical behavior.The only possible benefit is the increase in profits for the business while criminals are enabled to sell drugs to addicted individuals more easily due to this practice.

No matter what your thoughts are on the punishment of the pharmacies involved, I think it is evident that after an issue like this, it is vital that the pharmacies ensure that they monitor the regulations and prevent them from being ignored in the future. Aside from the forfeiting of the money, it is likely that the pharmacies that were involved in the illegal practices, lost a lot of business due to this. Had the businesses had a more ethical approach they could have avoided all of those issues and had the satisfaction of being an ethical business