Controversy
Bank of America is a bank and financial services corporation based in Charlotte, North Carolina. It is the second largest bank in the United States and is a publicly traded company. In 2016, Bank of America was fined a total of $15.5 million “to settle charges by U.S. regulators and exchanges that lapses in its Merrill Lynch unit's risk controls disrupted trading in 15 stocks, leading to ‘mini-flash crashes’” (Reuters). The fine looked to fix claims that Merrill Lynch’s trading controls caused multiple small market crashes over a three year time period (Martin). The Securities and Exchange Commission (SEC), handed out a $12.5 million penalty for violating their market access rule. “Merrill Lynch's internal controls were set at such high levels that they failed to catch ‘erroneous trading orders’ sent to the markets on at least 15 instances between late 2012 and mid-2014” (Martin). In other words, these ‘erroneous trading orders,’ consisted of setting a ridiculously high limit (25 million shares), on how many stocks could be bought or sold at one point. Mini-flash crashes are when stock prices plummet and recover within seconds (Martin). This is a problem for investors because their stock that is worth $90 can plummet to one cent and within minutes shoot all the way back up to $90 a share again. To some it may seem highly impossible, but this exact example occurred as Anadarko Petroleum Corp., as their stock dropped from $90 to 1 cent in under a second (Reuters). In addition, Google Inc.’s stock dropped almost 3% in seconds (Robinson). Merrill Lynch was fined another $3 million by The Financial Industry Regulatory Authority for the three main U.S. stock exchange operations (BATS Exchange Inc., NASDAQ, and the NYSE) (Germaine). This misleads investors and decreases inventors’ confidence in the stock market. This is an ethical issue because Bank of America neglected to follow the regulation set out in the SEC, leading to “mini-flash crashes.”

Utilitarian ethics looks to maximize happiness not only for one’s self, but for others as well. Happiness and pleasure are the only things of intrinsic value and the company should bring happiness to everyone that can possibly feel it. However, in utilitarian ethics, the ends don’t simplify justify the means. Some things we should do, even if it doesn’t create overall happiness. Since Bank of America was misleading investors as to what their stock values actually were, they were not taking in to account of the investor happiness. Investors want to see steady increase in profits so that they know that they are making a profitable investment. These flash crashes decrease investor confidence causing uncertainty and overall unhappiness amongst investors. Not following SEC regulations also discourages managers and employees that the company they’re working for are not an ethically sound company. This decreases the happiness among workers because most people don’t want to work for a company that doesn’t follow the government regulations. In the long run, Bank of America should look closer at the government regulations to make sure they are not only meeting, but exceeding the standards, especially after this incident. They should strive to be a better and more ethical company under utilitarianism and increase the overall happiness for as many people as they can. Overall, Bank of America would not be considered ethical under utilitarian standards.

Kantianism
Kantian ethics has great respect for people and wants to make sure that an individual has enough accurate information in order to make their own rational decision. Should the individual not be able to act rationally, Kant would want the individual to be helped to make the best rational decision for them. Kant wants respect for people, their autonomy, and their individual needs and differences. Lastly, people should be motivated by Good Will with promotes doing the right thing because it is the right thing to do. Bank of America did not think rationally about their actions as they didn’t pay close enough attention to the details of the trading stock regulations. Bank of America didn’t do the right thing morally. They chose not to do the right thing because it was the right thing to do. According to the Good Will, they were not right because they didn’t do the right thing which is why they ended up getting fined. Bank of America was also not correctly motivated because they didn’t have correct motivations in their actions. Along with the four principles, Kant also includes the 3 categorical imperatives; the formula of Universal Law, the formula of Humanity and the formula of Autonomy. However, the formula of Humanity is the one that is most relevant the formula of Humanity states, “Act in such a way that you treat humanity, whether in your own person or in the person of another, always at the same time as an end and never simply as a means” (Kant). Overall, Bank of America did not follow Kant’s principles as they did not respect the individuals invested into their company, and did not let their investors know that they had a trading cap. In order to conform to these principles, Bank of America would need to follow all the regulations set out by the SEC and do the right thing because it is right, and not take short cuts or ignore the rules.

Virtue Theory
Virtue Theory includes four main virtues. Courage is risk-taking and willingness to fight for the correct ideas and actions. Honesty is important to have with agreements, in hiring and the treatment of employees, along with the treatment of customers and other companies. Temperance is reasonable expectations as well as wants and desires. Then finally justice, which is considered hard work, quality products, good ideas, and fair practices. Other virtues can include, but are not limited to, trust, empathy, leadership, and gratitude. Virtue Theory really explores the question of “how do I become a good person?” Bank of America is really lacking the justice portion of the virtues. They were not providing a quality product to their customers. They were obviously not working hard as they didn’t bother to set a cap on how many stocks could be bought or sold at one time to help regulate the stock market. This was not a good idea and was not a fair practice as one person could control the entirety of the Bank of America stock price. In order to have this virtue, Bank of America would need to work harder to follow the regulations given them and work to gain back the trust of their investors. 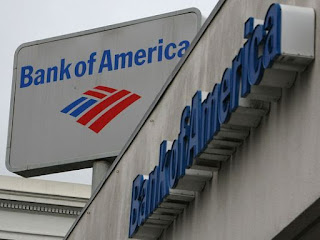 It has become obvious that Bank of America has acted unethically and needs to rethink how they run their company. After doing further research, this hasn’t been the first time Bank of America has violated these ethical theories. Just 3 months earlier, Bank of America agreed to pay $430 million in settlements for violations involving customer cash. The same Merrill Lynch unit misused customer cash from 2009 to 2012 in order to finance its own trading and generate more profits. These events occurred near the same time which shows they have been unethical. However, since these fines I hope that they continue to work to become more ethical and become a most trusted company. Should Bank of America change their ethics and start to think about more than just themselves and think about the good of the population as a whole, I think they’ll be able to recover. However, should they ignore their wrongdoings, they will soon be out of business and do more harm than good.