Controversy
Benicar is a high blood pressure medication that was put on the market by Daiichi Sankyo in 2002. It was later found out that Benicar was doing more harm than good for the patient that it was prescribed to. It was found that prolonged use of Benicar would cause chronic diarrhea accompanied by extreme dehydration landing patients in the hospital. Unfortunately the warning for this drug came 11 years after Benicar was introduced to the market. In those 11 years,  thousands of people were experiencing the extreme side effects. Lawsuits began against Daiichi Sankyo for its lack of information and monitoring of Benicar. As of 2017 the number of lawsuit has reached around 1,700 and is still climbing. With all of this news surrounding the company, Daiichi Sankyo is experiencing major decrease in yearly revenue. When the company tried to get around the fact that their drug was causing the heinous side effects, a study on 22 users of Benicar being treated for hypertension was conducted to see if there was a relation. All 22 users came reported that they were experiencing the “Benicar illness”(Gibb, Gordon) and weight loss associated with the effects in conjunction with sprue-like enteropathy. Along with that, once the patients stopped taking Benicar the symptoms disappeared as well. In the time before the official warning had come out many Benicar users were being misdiagnosed with Celiac Disease because the side effects mimicked symptoms of that. For years being misdiagnosed and treated for the wrong disease begin to take a toll on the users and caused prolonged issues.

Stakeholders
The stakeholders in this case mainly revolve around those customers who had experienced the horrible side effects from taking Benicar. Along with the patients, I would consider the doctors treating them as stakeholders as well. Their doctors put in countless hours to try to treat and resolve their issues while Daiichi Sankyo was failing to make their customers aware of the side effects. Finally the owners and workers at Daiichi Sankyo our stakeholders due to the fact that their revenue is now being reduced meeting less money to use in the company and decreased wages.

Individualism
According to theory of individualism the main goal for businesses is to maximize profits for the stockholders while making sure they are doing it legally. Before the lawsuits started coming in an individualist would see this situation as ethical. Well yes, some users were experiencing awful side effects, not all of them were. They were still making a large profit at the time and have been able to keep their heads above water with the multiple lawsuits going on right now. The drug manufactured in Japan was legally sold in the United States and wasn't put out knowing it was going to harm people even though it took them 11 years to place a warning on it. Since they were acting legally it would have been acceptable for an individualist.

Utilitarianism
According to Utilitarianism it looks to make the maximum amount of happiness for everyone involved. Along with that, deciding what is right and wrong all depends on the those involved and their feeling about happiness and the events. From a utilitarian standpoint they would say that the maximum happiness is not being reached. Not only are the people experiencing the side effects not happy along with their families and others affected by having a sick person in their life. Those taking Benicar who are now worried about experiencing side effects are also unhappy with the product. Patients are no longer going to feel safe taking it and are going to need to turn to another medication. Maximum happiness is not being reached with the use of Benicar. 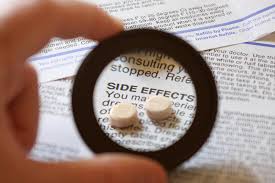 Four of the basic principles of Kantianism are to act rationally, allow and help people to make rational decisions, respect people and their rationally, and to focus on working towards Good Will. Daiichi Sankyo was acting rationally by putting out a warning for their drug although, they did not make that warning a priority or a well-known effect of it. By not giving the users all of the information that they would need to make a decision on whether or not they would want to use Benicar is yet another reason why a Kantian would not agree with Daiichi Sankyo's actions. By not being totally and completely honest with their customers they're not showing them the respect they deserve. It's one thing if they didn't know about the side effects ,but the fact that I took 11 years for them to send out a warning and caused many cases of the side effects to occur. Good Will was not put into perspective on the situation either. The basis of Good Will is doing what is right because it is right. Daiichi Sankyo was just looking for a profit and to expand their company not the actual well-being of its users and customers. So by a Kantians perspective the situation at hand was not ethical.

Virtue Theory
Virtue theory looks into many different traits and characteristics to see if an individual is being the best person they can be in life. The four main characteristics of virtue theory are courage, honesty, temperance, and justice. Daiichi Sankyo was not being courageous when they found out about the side effects, but were too afraid to inform their customers about them thinking it would hurt their business and their company name. Daiichi Sankyo was giving their users the impression that their drug was safe thus, not being honest about the dangers of it. By being public about their lawsuits and compensating do users that were affected Daiichi Sankyo are acting with justice to those they have wronged even though if they had been upfront from the beginning this situation would not have happened. Bottom line, Daiichi Sankyo was not acting ethically in accordance to the Virtue Theory because they did not coincide with many of the main characteristics that go along with the it.

Justification Ethics Evaluation
In almost every aspect of the various ethical theories we covered in class DS was acting unethically. I also personally agree with that statement that they were not acting ethically in the slightest. Aside from the fact that they eventually put a warning out they did almost nothing to help their patients from the ailment they caused them. The company was only concerned with keeping their name in good graces so more people would continue to use their medications. If it was a company that really care for the well-being of their patients they would have done what was best for those taking the medication and would have expected any retribution That would have come their way in order to set things straight.