Company Background:
Mossack Fonseca is a Panamanian law firm that was founded in 1977 by Jürgen Mossack and Ramon Fonseca. The law firm offers a wide range of services to clients such as: shipping, immigration, contracts and intellectual property, and commercial law in general (mossfon). Fox World News reported about Mossack Fonseca’s background stating that, “It operates offices in Belize, The Netherlands, Costa Rica, United Kingdom, Malta, Hong Kong, Cyprus, British Virgin Islands, Bahamas, Panama, British Anguilla, Seychelles, Samoa, and in three U.S. states.”
Ethics Case Controversy:
Mossack Fonseca has been at the heart of offshore services for years, as a matter of fact they are the fourth biggest provider of these services. Setting up off shore firms is not illegal, it is however, usually a secret world without much publicity. That is until an anonymous hacker revealed for the world what has been dubbed the “Panama Papers.” The anonymous source sent the files to the ICIJ, The International Consortium of Investigative Journalists. It consists of 11.5 million documents involving 214,488 companies and 14,153 clients of Mossack Fonseca (foxnewsworld). Many of the accounts leaked in the scandal belonged to current, as well as, former world leaders, businessmen, celebrities, athletes, and drug kingpins. The offshore accounts can be linked to over 200 countries and territories; some of the political figures involved are from countries such as, Argentina, Iceland, Pakistan, Ukraine, Saudi Arabia, and Russia (MSNBC). Many media outlets, like the ICIJ, believe Mossack Fonseca were aware many of their clients were using their accounts to launder money and evade taxes, but the firm simply looked the other way. “A report from the ICIJ stated, the law firm has worked closely with big banks and big law firms in places like The Netherlands, Mexico, the United States, and Switzerland, helping clients move money or slash their tax bills” (foxworldnews). This case centers around Mossack Fonseca’s questionable accounts where they helped set up shell companies, off shore accounts and allegedly aided others in tax evasion. The allegations that I am focused on is Mossack Fonseca’s dealings with Brazilian construction giant Odebrecht.
Ten months after the documents were leaked in the Panama Papers scandal, Mossack Fonseca’s founders, Jürgen Mossack and Ramon Fonseca, were arrested on money laundering charges from their connection with the company Odebrecht. According to the ICIJ, Brazilian and Panamanian officials targeted the firm as part of a bribery investigation in Brazil, that is the largest Brazilian bribery scandal now called Lava Jato. Authorities raided Jurgen Mossack and Ramon Fonseca’s firm and their houses looking for anything they could find linking them to the Lava Jato case. The law firm’s connection to this case deals with them helping Brazilian politicians who were involved in Lava Jato use off shore companies to launder money. The money was laundered and then washed through Panama, per Panama’s Attorney General, made possible by the fact that Panama is a well – known tax haven. Odebrecht has been the primary focus of the Lava Jato investigation; Odebrecht has plead guilty in the United States and reached settlements with Switzerland and Brazil, over allegations it paid bribes to government officials (ICIJ).
Stakeholders:
The stakeholders in this case are the employees of Mossack Fonseca, people from communities where the officials are from that set up off shore accounts, anyone who does business with Mossack Fonseca. A case of this magnitude affects many people all over the globe, much of a lawyer client agreement is about the secrecy of it, and when your files are hacked and leaked the secrecy is lost. The companies in Panama that deal with financials or law are also stakeholders because now whether wrong or right they are going to be looked at as companies doing something shady.
Individualism: 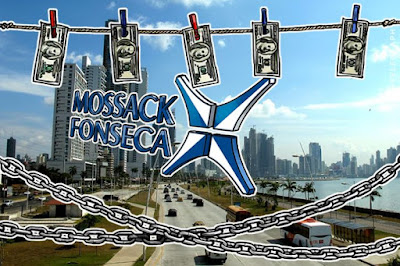 Individualism is a theory that was originally introduced by Milton Friedman. Friedman’s theory of individualism states, the only obligation of a company’s owners is to profit, as long as it is within the constraints of the law. Therefore, the only obligation of its employees is to make the company, and its owners money; the employee should not be concerned with anything else other than profits. In this case Mossack Fonseca have been charged with money laundering, and Odebrecht pleading guilty tells me there is evidence of illegal activity. Due to this I am lead to believe that Mossack Fonseca acted unethically. However, just because Odebrecht paid bribes, does that mean that Mossack Fonseca should have known what Odebrecht does with their money? Jürgen Mossack and Ramon Fonseca are being charged that means they will be told by courts whether they did in fact act illegally or not. The obligation of Mossack Fonseca, under Individualism, is to their clients and to ensure they are providing them with the services needed for both companies to profit and nothing else. Therefore, when it comes to Individualism Mossack Fonseca have acted ethically, barring the charges being proven.
Utilitarianism:
Utilitarianism is a theory that was introduced by, Jeremy Bentham, and John Stuart Mill popularized it. Utilitarianism attempts to maximize happiness, it states the only things of intrinsic value are happiness and pleasure. Under these circumstances happiness was being maximized under both companies, with Mossack Fonseca playing middle man to aid Odebrecht in laundering tens of millions of dollars, but it did not last. Charges from Switzerland, the US, and Brazil have ensued, making those countries unhappy with these activities as well. Also, once charges came down on these companies the employees could not have been happy. I do not believe happiness was maximized in this case making it unethical. The fact that Mossack Fonseca put their company in a position to be grouped with illegal activity is where they acted against Utilitarianism. Even being linked to illegal activity makes people unhappy whether it is true or not and the public would rather separate themselves from activity like that. Making your company unhappy and the public not trusting your company makes them unhappy as well.
Kantianism:
Kantianism, begun by Immanuel Kant, is a theory that looks at how actions are motivated. Are your actions rightly motivated, are you using people as a means to an end, or just as a means? Kantianism says using people as a mere means is wrong, but people can use people to get things. There are four principles that are derived from Kantianism, act rationally, do not consider yourself exempt from the rules, allow and help people make rational decisions, and be motivated by Good Will. Much like a baseball player uses a coach to get better, and the coach uses the player to get a bigger name and hopefully a job with a better team. Bringing it to the case with Mossack Fonseca it appears they acted according to this definition; that Mossack Fonseca acted ethically. They gave their clients the services they requested and paid for, and they were consistent with supplying these services. Mossack Fonseca, as of yet, have not been proven guilty, and it is their duty to provide their clients with services that are consistent with how they conduct their business, and Mossack Fonseca did just that. Their services are available to all of their clients. With Kantianism however, one of the principles derived is to allow and help people make rational decisions as Odebrecht’s lawyer Mossack Fonseca cannot necessarily tell them what to do but they can suggest what they should do and they should have tried to lead Odebrecht away from paying bribes out. and even though the charges have not been proven yet by Mossack Fonseca doing something that appeared to be illegal and thus the owners are arrested would tell me that they were not motivated by Good Will. Under these circumstances a Kantian would have to conclude that Mossack Fonseca acted unethically.
Virtue Theory: 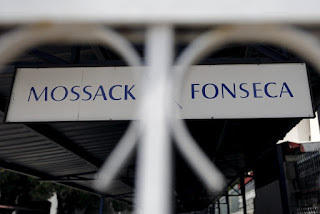 Virtue Theory is a theory that attempts to say whether you acted virtuously or not. Virtue Theory was begun by Aristotle, and it has four main virtues of character, courage, honesty, temperance/self-control, and justice/fairness. In an absence of one of these virtues the action is considered unvirtuous and would mean it is a vice rather than a virtue. Having courage under Virtue Theory is defined as risk-taking and willingness to stand for the right ideas and actions. Mossack Fonseca are not courageous, if they were courageous then they would have told Odebrecht this is wrong and tried to distance themselves from this company. While it is a risk to aid a company in alleged money laundering it is a vice rather than a virtue. That also ties in to whether these actions are honest which they are not, based on the lack of the first two virtues, Mossack Fonseca did not act virtuously in this case.
Justified Ethics:
When I look at the case with Mossack Fonseca I feel they toe the line of what is ethical and unethical for a business. Some of their practices come to question such as, giving services to companies like Odebrecht who pay bribes to government organizations. There should certainly be question marks around Mossack Fonseca and I do not feel this is a company that I would want to be associated with. I believe everyone deserves a fair shake when it comes to allegations but I certainly do not agree with their business dealings.