Hyundai is a well known company that produces automobiles. They recently ran into a public problem with the paint jobs on some of their best selling cars. They had the cars painted with something called a “self-healing” paint. This meaning the paint was a special paint that helped to protect the car from scratches. Hyundai was advertising the paint as “state-of-the-art” and based on my research results that is not the case. What Hyundai thought was protecting the paint on their cars was what was actually ruining them. The “Scratch Recovery Clear” was causing early cracking in the paint which also lead to rust and corrosion. The following models produced by Hyundai were being sold with this defective paint starting in 2006 up to 2016: Santa Fe, Sonata, and the Elantra. The issue people were having with this situation was that Hyundai was aware of the defective paint and continued to sell it to customers.

When thinking of a stakeholder in business ethics terms the definition is different then most would assume. While reading The Case Manual by Heather Salazar she explains that a stakeholder is, in business terms, where a company or business only focuses on the interest groups in their area. The people in these areas are the ones that are affect the most by the actions of the business.  For Hyundai, their stakeholders are the customers, car dealerships, and the salesmen of the dealerships. Based on the actions of Hyundai and their assembly lines all of their stakeholders were affected.
Many of the dealerships that sell Hyundai’s were getting a lot of complaints from their customers that had already purchased a Hyundai vehicle. Many people were on the same page of action when the dealerships were starting to not respond to their complaints. Most decided to take it to the next level and reach out to Hyundai themselves. When that didn’t work out the next step unhappy customers took was to file a lawsuit against either Hyundai or the dealership they purchases their vehicle from. The customers should not have been falsely informed about the quality of the paint on these vehicles.

Referring back to The Case Manual individualism is when the primary values of the business is themselves, the owner’s choices and the profit of the business. The ethical rule the follows individualism is that business actions should maximize business profits for the owners, but do so within the law. Where Hyundai messed up was their advertising. When their vehicles were being sold they wanted it to be mentioned that they had state of the art paint. If they had done so before 2006 there would have been no problem at all. In 2006 was when the first complaint about the peeling paint took place. That means that Hyundai was aware of the faulty pain but continued to sell their cars with no adjustment to the situation.
There are many regulations that must be followed when selling, and manufacturing vehicles. One is that the customer must be provided with a certain amount of information about the vehicle they are purchasing. When dealerships and their salesmen don’t mention the fact that they have had some paint issues in the past is where the actions become illegal. They are not providing the customer with all the information they were supposed to. Knowing that mentioning the past problems with peeling paint would negatively impact sales they decided to leave that information out.

Looking again at The Case Manual utilitarianism has the primary values of happiness of all conscious beings, often interpreted hedonistically as pleasure and the absence of pain, but also sometimes interpreted as the satisfaction of desires. As far as the ethical rules for a utilitarian business actions should aim to maximize the happiness in the long run for all conscious beings that are affected by the business actions. Everything that Hyundai did goes against utilitarianism. They were not working towards the happiness of their customers. As long as they were bringing in a satisfying amount for profit they had no regards to the constant complaints. Instead of trying to figure something out that could help both the company as a whole and the customers dealing with the peeling paint they just decided to sit back and let the problem play out. A utilitarian would be very disappointed in Hyundai’s actions.
Kantianism 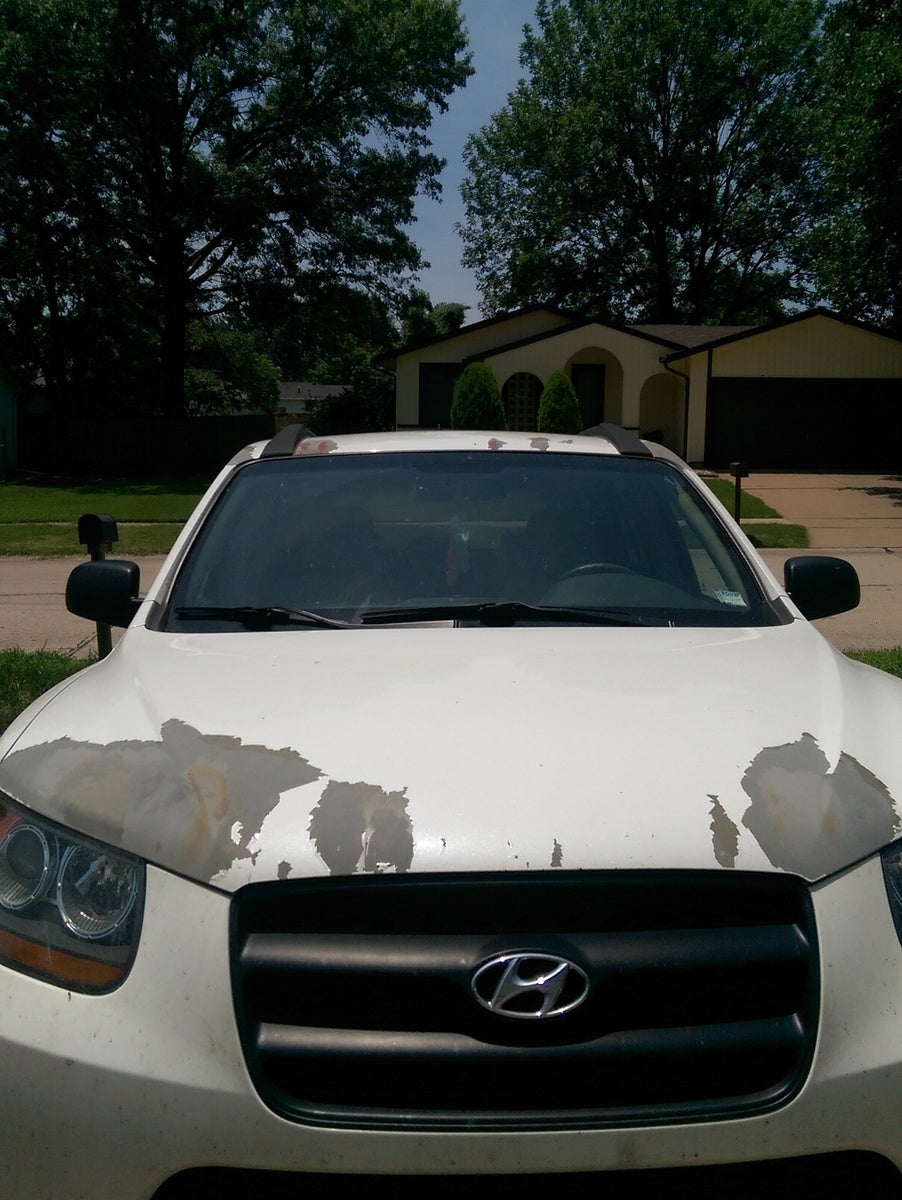 In The Case Manual kantianism is known to have the primary values of rational decision making, autonomy of individuals, and honesty and freedom. The ethical rule for kantianism is to always act in ways that respect and honor individuals and their choices. Kantianism also has two main focuses that go hand and hand with something called the formula of humanity. The formula of humanity basically says to treat people like people and not like objects. Looking at what Hyundai has done from a Kantian point of view they are completely in the wrong. Though peeling paint may not physically harm a customer it takes its toll financially. When it comes to fixing paint jobs on cars the prices can get very expensive. During my research I found that many people had to pay hundreds to a couple of thousands of dollars to fix their paint. “My 2009 white Santa Fe is peeling on the hood and roof. It is very extensive. Costs to fix exceed 7000.” Hyundai was clearly not concerned about this factor of their actions outcomes. As long as they made profit from the sales of their cars they did not care about what happened to the customers after their purchase and because of that a Kantian would not agree with the actions of Hyundai.
Virtue Theory