Kantianism
There are four basic principles of Kantianism.  The first, an individual must act rationally.  They
need to act consistently and not consider themselves exempt from the rules.  The second is an individual should be helping people make rational decisions.  The third is to respect people and their autonomy along with their needs and differences.  The fourth is that the individual should be motivated by Good Will.  They should want to do what is right just because it is the right thing to do.  A Kantian also believes that being rational is doing the right thing so there for being right is also rational.  In the case of Correa, he did not meet these requirements.  Correa considered himself exempt from the rules when he hacked the Astros database.  Perhaps he felt he would not be caught and it is clear he did not feel bound by laws against hacking as he accessed the database at least five times over a span of years.  He did not help anyone make a rational decision during this time.  The data he stole was used by the Cardinals to acquire players in order to better their team and although 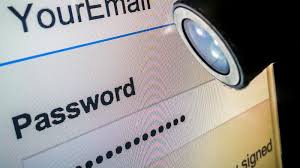 the Cardinals did not know about it, Correa was still not in the right to share this information.  Therefore, he did not help the Cardinals make a rational decision as he did not specify where he got this information from.  The former Cardinals employees turned Astros employees trusted Correa with their work laptops and passwords when they left the Cardinals organization.  A password keeps your personal information safe from people you do not wish to view it.  Correa did not respect these employees or their privacy when he memorized one of the passwords and guessed the correct new one in order to gain access to the database that the Astros have.  Lastly, Correa was not motivated by Good Will when he made the decision to hack into that database.  He was motivated by the thought of a possible pay raise and prestige bump when he showed his bosses all this player information he “worked so hard to get.”  Correa did not want to do what was right and actually obtain player data the legal way by collecting it himself, he instead decided to steal it.  What he did was not right and is therefore irrational.  Based on Kantian ideals, this would make what Correa did unethical.
Virtue Theory
A virtue is a characteristic that allows for things to work properly.  In business, there are four major virtues.  These virtues are courage, honesty, temperance, and justice.  Courage is the risks an individual takes and their willingness to stand up for what is right.  Correa took a huge risk by hacking into the Astro’s database and stealing their information.  Although this does not mean he had courage.  Based on the doctrine of mean, Correa’s decision to do this was very far away from the mean of courage and was somewhere closer to one of the extremes.  It could be argued that Correa’s was rash as he really didn’t look at the big picture of what he was doing.  IT could also be considered cowardice because instead of doing what was right and difficult, he chose to steal player information and not work for it.  This ties into his lack of willingness to stand up for what is right.  What Correa did was not right and it can be clearly shown it wasn’t right as he is spending 46 months in prison.  Correa was clearly not willing to do what was right and chose rather to take an easier route in order to get player data.  This inevitably cost him his freedom.  Honesty is how truthful you are when talking to coworkers, customers, and other companies.  Correa was not honest with anyone.  Nobody really knew in the Cardinals organization where Correa was getting his player information from, they just knew he had it.  It took a federal investigation of his company in order for Correa to come clean and admit what he did.  He may have even continued on with the lie had he not done such a bad job trying to cover his tracks.  Temperance is having reasonable expectations and desires.  Correa never expected to be caught for what he was doing which can be clearly seen because of how frequently he viewed the Astro’s database.  It is unreasonable to expect that he would not get caught especially after it was announced that the database was breached and he still kept accessing it.  His desire to help the Cardinals succeed was also unreasonable because he was willing to do illegal things in order to help them.  This desire is too extreme if he is willing to break the law in order to help his company win more baseball games.  Lastly, justice is the hard work, good ideas, and fair practices of an employee.  Correa did not exhibit any kind of justice.  He cut corners by stealing player data from the Astros because he just so happened to guess a correct password.  This means he did not need to put in any hard work in order to get this information.  He did not abide by the law or the rules of baseball when he hacked into this database which means he did not show fair practices in his business.  By illegally requiring player information, he unfairly helped the Cardinals have a competitive advantage over other teams.  Based on virtue theory what Chris Correa did was unethical. 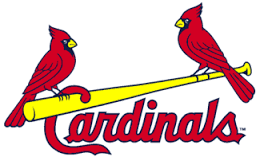 Justified Ethics Evaluation
From my own ethical perspective, what Chris Correa did was unethical.  You don't even need the ethical theories to see that because what he did put himself in prison.  I find that Correa's lack of foresight to be especially unethical.  At some point when he was trying to guess the password for the Astro's database he had to have known what he was doing was wrong.  But he kept going until he eventually got in and continued to access the database.  He ended up tarnishing the reputation of the Cardinals by cheating and stealing which caused the Cardinals to receive penalties because of his wrongdoings.  Although the Cardinals are not totally spotless in this case.  They never thought to look into how Correa received his player data and how it specifically related to the Astros apparently never raised any red flags to them.  Seems kind of suspicious to me.  I believe that what Correa did was grossly unethical and I also believe that the lack of questioning by the Cardinals makes their handling of this situation unethical as well.