Volkswagen Group is one of the largest automakers worldwide. It was founded in Germany in 1937 by the German Labour Front. They partnered with the Austrian automotive engineer Ferdinand Porsche to create an affordable yet still speedy vehicle to be the “people’s car” (Volkswagen). Some of their well-known subsidiaries include Audi, Porsche, Bentley, Bugatti, Lamborghini, Ducati. However, what Volkswagen is most notorious for is their advertising. “In 1959, the advertising agency Doyle Dane Bernbach launched a landmark campaign, dubbing the car the “Beetle” and spinning its diminutive size as a distinct advantage to consumers. Over the next several years, VW became the top-selling auto import in the United States” (Volkswagen). Perhaps the most iconic ad they ever featured was simple. It presented the classic Beetle, seemingly immaculate, on a plain background with one bold word, “Lemon.” Underneath, the ad copy stated, “This Volkswagen missed the boat. The chrome strip on the glove compartment is blemished, and must be replaced.” The ad went on to explain the meticulous inspection process and reasoned as to why this car was unfit for shipping. This ad was was unpretentious and unexpected, and definitely memorable for its time.

Volkswagen set out to create an improved, “cleaner” diesel. In 2014, it was discovered that Volkswagen had been intentionally equipping their cars with a “defeat device” that would allow them to pass emissions tests while actually emitting high levels of nitrogen oxides. They then deliberately promoted these vehicles as “Clean Diesel” cars in an illusory marketing campaign that promoted over 500,000 cars as “Environmentally Friendly,” and sold them at an exceptional price. FTC described this campaign as a “high-profile marketing campaign that included Super Bowl ads, online social media campaigns, and print advertising, often targeting ‘environmentally conscious’ consumers” (Rechtin 2016). The ads repeatedly boasted that “diesel was no longer dirty,” when in fact these cars are the epitome of dirty energy. The vehicles involved ranged from the 2009-2015 Volkswagen TDI diesel models of Jettas, Passats, and Touareg SUVs, as well as Audi TDI models. It’s unclear who was directly responsible for signing off on these ads, but ultimately, the CEO, Michael Horn, accepted responsibility and apologized claiming, “Let me be clear, we at Volkswagen take full responsibility for our actions and we are working with all relevant authorities in a cooperative way.” For these misleading ads, Volkswagen reached a settlement with the U.S. government and agreed to pay a total of $4.3 billion in fines and penalties.

Stakeholders are anyone who is affected by the activities of a business. Some examples of stakeholders include customers, suppliers, and shareholders. It’s safe to say that when a business makes a decision, it can have monumental effects on many different people. These decisions can have either positive or negative effects. “Business institutions have a tremendous influence on many lives. We depend on business for our jobs, our food, our healthcare, our homes, our livelihoods” (DesJardins 15). In this particular case the stakeholders are the customers and their families, the community, the company as a brand, the stockholders, upper management, the employees at Volkswagen, the manufacturers/suppliers, competing companies, and the environment.

The general theory of Individualism is more broad than Milton Friedman’s definition. Individualism states that the profits for owners/shareholders of a business should be maximized within the constraints of the law. Friedman’s argument concerning the obligations of a business is that the only goal of business is to profit, so the only obligation that the business person has is to maximize profit for the owner or the stockholders.
In order to evaluate Volkswagen’s actions according to Individualism, two criteria must be met. The first element is, did Volkswagen maximize profit? While they did sell over 500,000 of their “Clean Diesel” cars through their marketing campaign, they are now suffering the consequences. They settled their lawsuit with the FTC agreeing to pay $4.3 billion in fines and penalties. They also must pay to fix any customer’s car that contains the defeat device. Furthermore, they will be losing customers and investors whose trust they have broken due to this scandal. Consequently, they did not maximize profits. The second requirement was that the company stayed within the constraints of the law. They illegally outfitted cars with the defeat devices, and intentionally falsely advertised. Because Volkswagen did not meet either condition, it has failed Individualism.

Utilitarianism states that happiness is a natural end of human life; the desire to be happy is basic and needs no further justification. Happiness or pleasure are the only things of intrinsic value. “We ought to bring about happiness and pleasure in all beings capable of feeling it (and doing so impartially). Reason: if happiness is valuable, there is no difference morally-speaking between my happiness and yours” (Salazar). It is a compromise between egoism and altruism, that is, it aims to maximize happiness for oneself and others. All sentient things matter, and all parties are involved. It incorporates people as individuals by looking at what they like and value.
A Utilitarian would analyze the Volkswagen controversy through the stakeholders involved. All of the stakeholders included would, as a consequence of this event, be unhappy. The customers would be very unhappy, because they were lied to and purchased a product that was ineffective. The employees are unhappy because their reputation is damaged by their association with Volkswagen, and many who were involved have lost their jobs. The company as a brand is unhappy because now they must pay for all the damage they’ve done, and their reputation is tarnished. The owners and stockholders are very unhappy because they’re losing money. Overall, Volkswagen hurt more people than they helped. According to a Utilitarian, this was unethical.

Immanuel Kant came up with the idea of Kantianism. It has Four Basic Principles: 1. Act rationally – don’t act inconsistently in one’s own actions or consider oneself exempt from rules. 2. Allow and help people to make rational decisions. 3. Respect people, their autonomy, and individual needs and differences. 4. Be motivated by Good Will, seeking to do what is right because it is right. In order to evaluate whether or not something is from goodwill, these four principles must be applied. In order to determine if a company is acting rightly, what is rational is right. This is determined through the “Categorical Imperative.” Kantianism is about treating people the way they want to be treated. According to the Formula of Humanity, “Act in such a way that you treat humanity, whether in your own person or in the person of another, always at the same time as an end and never simply as a means” (Kant, MM 429). 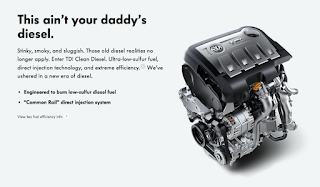 According to Kant, goodwill is the only thing that is good in itself. “Good Will is a technical term and not to be understood in the way people commonly use it, which is synonymous with “having good intentions.” Only people with autonomy, or freedom, and rational agency, or the ability to reason, think, and act on their reasons, can have Good Will. Having a Good Will necessitates that people have good intentions and use good reasoning to come to conclusions that will make their good intentions effective” (Salazar 21). Rationality is important to Kant, however this isn’t equated to the only thing that is good in itself because it’s the process by which a person ascertains what is right. After this process, a person must autonomously make the decision on their own; only after they choose what is rational is it correct.

The aforementioned stakeholders of this case included: the customers, the employees, the brand itself,  the owners and stockholders, its suppliers, and the environment. A Kantian would ask, “is it rational?” Volkswagen’s maxim for action is most likely to falsely advertise because they’re trying to make a profit. By looking at the Categorical Imperative and the Formula of Humanity, what they’re doing is not rational. It goes against the Formula of Humanity because it devalues its customers by deliberately lying to them in order to get their money. They don’t give their customers the correct information to make a rational decision, and by doing this, they are devaluing their customers, putting them as less important than their sales. Secondly, the motivation is for self-interest, the company trying to make more money, which according to Kant is incorrect.

Virtues are the characteristics that allow things to function properly, and are sometimes called “good-making features.” Virtue Theory is based off of Aristotle’s ethics. Aristotelian Functionalism states that whether a person or action is good partly depends on what it is. If it fulfills its function well, then it is good. The distinguishing characteristic of people is rationality, and people must therefore exercise rationality in order to function well and live good lives. Furthermore, a thing is happy if it fulfills its function. Therefore, people who live good lives by functioning well will also live happy lives. Virtue Theory builds off this by stating that “virtues” depend on two things: the thing’s function, and the thing’s circumstance. There are four Main Virtues of Character in business. Courage is risk-taking and willingness to take a stand for the right ideas and actions. Honesty is exhibited in agreements, for example, the hiring and treatment of employees, customers, and other companies. Temperance is reasonable expectations and desires. Finally, Justice, which is hard work, quality products, good ideas, and fair practices. The only issue with Virtue Theory is that it doesn’t give clear guidelines, circumstances change and there’s no one answer.
In order to apply this theory to Volkswagen, the people in the company that allowed this decision, and their circumstances, must be analyzed. In this case, the people involved included the marketing team as well as upper management. They weren't courageous because no one publicly took a stand against this debacle. They were not honest in their advertising. They did not show justice, because it was not a quality product, nor was it a fair practice. They did not have reasonable expectations or desires because they only focused on profiteering without any concern for the well being of others. Additionally, they broke their customer’s trust. Because of all these factors, Volkswagen failed Virtue Theory.

Overall, I believe what Volkswagen did was profoundly unethical. First, their actions of adding defeat devices was wrong. But what's worse is that they profiteered off of exploiting customers who were trying to be environmentally friendly. They knew that their diesel was far from clean, and then intentionally promoted it. They pushed their sales hard through different forms of advertising, whether it was a commercial on television, or a printed ad. Through this deceit, they sold over 500,000 cars. The money they used in advertising could’ve easily been put into research for emissions. That way, they wouldn’t have had to create fraudulent ads in the first place.