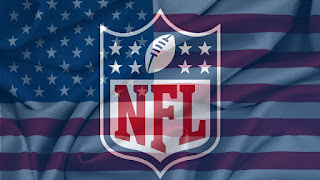 The NFL, founded on August 20, 1920 in Canton, Ohio with little more than a dollar and a dream, has grown into one of the most popular sports in the United States. Roughly 120,000 Americans work for the NFL in the form of players, concession workers, stadium maintenance, office staff, etc. The League started with six original teams and has grown to a strong 32. The 32 teams in the league are allotted a 53 man roster each (plus 5 practice squad players) and averaging 15 coaches per team. Overall revenue for the 2016-2017 season was $7.1 billion estimating about 223 million per team (a 6% increase from the previous year). Profits have reached an all time high under NFL Commissioner Roger Goodell, even after the many controversial issues that have plagued his time in office. 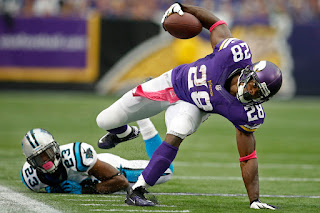 Back in 2014 Adrian Peterson was indicted by the Montgomery County in front of a grand jury in Texas for negligent injury to a child. This happened at the very beginning of the 2014-2015 NFL season and Adrian Peterson was a potential MVP candidate for the league as well as the Minnesota Viking’s most important player. Peterson was indicted at the beginning of the NFL season right before their week 2 game against the New England Patriots; there was potential for him to return to the team before the season ended. During the trial, which started in November of 2014, Peterson agreed to take a plea bargain which carried with it a $4,000 fine, community service, and a misdemeanor reckless assault charge. This was all in hope that it would get him out of the court room and onto the field quicker. After everything was said and done Peterson remained on Roger Goodell’s (the NFL commissioner) exempt list and immediately after the end of the trial Peterson was suspended for the remainder of the 2014-2015 season. The stakeholders in this particular controversy include Peterson and his friends and family, the entire Minnesota Vikings franchise and all of their workers, and the fans that come to games/buy products to endorse the team in hope for football team that can win games; Peterson being suspended affected all of these people. The topic of controversy is as follows: was it ethical for Roger Goodell to suspend Peterson for the rest of the season? We will explore this question through our understanding of the four main ethical theories (Kantianism, Utilitarianism, Virtue Theory, and Individualism). 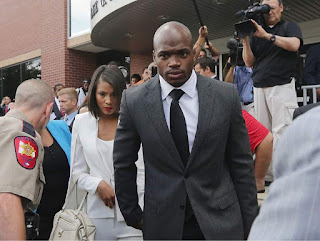 According to the basis of Kantianism (developed by German philosopher Emmanuel Kant), all actions are either right or wrong and the consequence should have no effect in the decision making process. Basically, if the action is the right thing to do, then you should do it (even if it gets you in trouble). According to Kant's ethical theory, suspending Peterson for the entire season is ethical. Peterson acttions were unethical under this theory, and Roger's actions (suspending him) are ethical because Peterson violated the domestic abuse policy written by the league, he should be punished. Roger did not care about the negative consequences of his actions, which is the underlying basis of Kantianism.

Utilitarianism is an ethical theory that is based on the maximization of happiness and the minimization of unhappiness. According to Utilitarianism the actions that Roger Goodell performed are unethical. Peterson being suspended for the rest of the season caused unhappiness for many people, and caused little happiness at all. The displeasure was experienced by everyone on the Minnesota Vikings team (except maybe Peterson's backup who became the starter), their administrative staff and coaches, the fans, Peterson and his family and friends, and anyone who had an interest in the success of the Minnesota Vikings franchise. The only happiness caused in these actions would be Roger and his staff (maybe), for their enforcement of the domestic violence policy.

Individualism
According to Individualism the actions of NFL Commissioner Roger Goodell are unethical and wrong. The basis or Individualism is that every move should be deigned to create a profit for the owner/organization as long as they are within the constraints of the law. Because Goodell suspended Peterson, profits for the Minnesota Vikings evidently declined because of the sub-par season that the team endured due to the loss of Peterson. At the Corporate level, the ticket sales that Peterson generated as well as the jersey sales and endorsements that he provided for the company were absent, and their profits did not meet the initial predictions. Individualism theory is focused on generating profits for the organization and Roger Goodell's actions failed to do so. 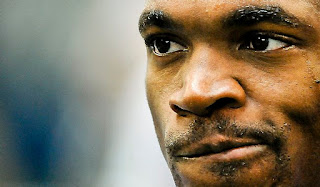 Virtue Theory is based on the four main virtues of character: courage, honesty, temperance, and fairness. In this particular case, virtue theory ethics would believe that suspending Adrian Peterson was ethical. This is because Goodell believed that what Peterson did was wrong (child abuse) and he took punitive actions to ensure that Peterson would not do this again (suspension for the season). Although punishment for the entire season may seem a bit unfair, as the commissioner, Roger Goodell has the power to choose the punishment under the domestic abuse policy enforced by the league. Virtue theory is all about character, Peterson acted without character by hurting his child, and Goodell acted with character by suspending him from the league for his actions.

Overall, Virtue Theory and Kantianism both imply that Goodell's actions are ethical while Individualism and Utilitarianism say otherwise. In my opinion Roger Goodell was ethical in his actions, he should have suspended Peterson; on the other hand suspending someone for the entire season for something unrelated to football is controversial. If we look at other cases like Tom Brady's Deflategate incident and the Ray Rice domestic abuse scandal, Roger seems to take these legal issues case by case treating them as separate entities and treating himself as the dictator that can inflict any punishment on anyone.