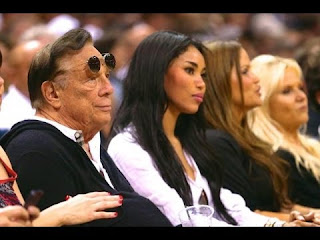 On April 25, 2014 reporters from TMZ were sent an audio recording from former Los Angeles Clippers owner Donald Sterling’s girlfriend, V. Stiviano. In this recording Donald Sterling clearly states that he didn’t want to see Stiviano associating herself with African Americans. What lead up to sterling saying this was a picture that was posted on Stiviano’s Instagram page earlier that day. In the picture on Instagram, she is seen posing with NBA legend, Magic Johnson. NBA players and front office workers took serious offense to this. In fact, players all over the NBA were going to boycott by not playing games at the Los Angeles Staple Center against the Clippers. And Clippers players weren’t going to play at all if Sterling wasn’t removed form the league soon. The NBA couldn’t stand for this and let this just pass overtime. Days later, on April 29th 2014, after this audio recording was heard by the NBA and people all around the United States, NBA Commissioner Adam Silver fined Donald Sterling $2.5 million banned him from the league for life and asked fellow owners to jettison their longest-tenured colleague. And to add fuel to the fire, Donald’s Sterling’s wife Rachel Stein wasn’t too happy about finding out that her husband has been unfaithful to her. On April 30th 2014, she came out publicly addressing the situation and saying that she would now like to be in charge of the clippers and is also going to file for divorce.


The stakeholders in this particular case are people who are effected by this controversy which has a wide range of individuals. NBA players, fans , coaches, team organizations, Donald Sterling's family and pretty much anyone who is interested or affiliated with the NBA, especially the Los Angeles Clippers are stakeholders. Because the issue of race comes into play in a league that predominantly made up of African Americans, this audio recording can cause a tremendous loss in profit for the NBA and their sponsors. Players and fans were prepared to boycott all LA Clippers games if Donald Sterling wasn't removed as the owner of the team. If players boycotted then they wouldn't play, and if they didn't play , there wouldn't be a game.

Individualism is an economic theory that states that the main goal of a business is to increase its profits, while keeping actions within the scope of the law (Desjardins, 2014) An individualist would look at this case as unethical. Because of Donald Sterling's actions the LA Clippers wouldn't be able to maximize profit because fans wouldn't attend Clippers games and players would be sitting out. If Sterling wasn't removed as the owner the Clippers would've suffered financially. Also, discrimination is against the law. And with this audio recording coming out this gives ample reason to people of color who applied to work for the clippers organization to say that they were denied a job because of their race. 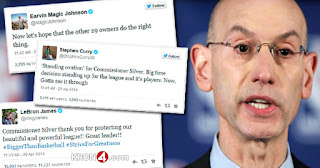 Utilitarianism stresses the importance of maximizing happiness in yourself and others (Desjardins, 2014). In this case, if Donald Sterling were to remain the owner of the LA Clippers people all over the country would be outraged. When asked about the situation, players spoke out and said "Racism is a mental health disease. Seek help."- Metta World Peace (@MettaWorldPeace). "#DontPlay"- Kendall Marshall (@KButter5). One fan spoke out and said  "At the beginning, we were extremely upset," said Ivan Tonoko, who came with his sons, Chris and Travis. "But now, in retrospect, I'm actually glad that those comments were made because it exposes the prejudices that we have to deal with in today's society. (Bleacher Report). People were very happy to see Donald Sterling leave the organization and in fact the team an fans became closer because of his departure which ultimately makes everyone happy.

Kantianism is the ethical theory whereby companies must make rational decisions and be honest and respectful of others (Salazar). The rational decision in this case was to remove Sterling from the organization. NBA players nor NBA staff members don't want to work for a person who would make racist remarks such as Sterling did. It shows that he is a racist and that isn't tolerated. This was also a rational decision because if Sterling wasn't removed form the team the clippers would have a bad reputation and their morals and organization would be in question.

Virtue Theory is the idea of acting to embody a variety of virtuous or good character traits (Salazar)There are four main traits of virtue theory. These include courage, honesty, temperance, and justice.For courage and honesty The Clippers must realize that Donald Sterling has committed an act that cant be accepted or tolerated.He is racist and there is no room for that in the NBA. It takes honesty and courage to realize the importance of the situation and have the courage to get rid of Sterling even though he is a friend of the CEO of the NBA. For temperance,the Clippers need to have self control over the situation. If not they don't conform to virtue theory. Lastly for justice, the NBA needed to remove Sterling because discrimination is against the law and you must respect peoples rights. 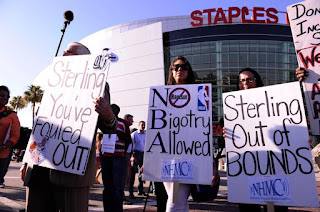 In conclusion The Clippers violate all four of the ethical theories. For individualism Sterling wasn't maximizing profit or being lawful. From a utilitarianism perspective, people would've been very upset if Sterling wasn't let go from the league and no happiness would come from a racist owner still being in the NBA. From a Kantianist perspective, there was only one rational decision to make and that was to get rid of sterling because of his audio recording and the effect it would have on the public and business. From a virtue theorist standpoint, it is clear that good character traits that included justice and courage were failed .

Curry, C. (2014, April 28). Breaking Down the Donald Sterling Scandal: The Audio, The Lawsuits, the Reactions. Retrieved April 03, 2017, from http://abcnews.go.com/US/donald-sterling-scandal-audio-lawsuits-reactions/story?id=23497322


Salazar, Heather. "The Business Ethics Case Manual." The Authoritative Step-by-Step Guide to Understanding and Improving the Ethics of Any Business (2014): n. pag. Web.