Controversy
Bud Light launched an “Up for Whatever” ad campaign in 2013 which included 140 different slogans canvased on Bud Light labels. The company’s vision for the campaign was to invoke the idea that Bud Light should be associated with carefree and spontaneous nights out or in with friends, but one of their slogans invoked quite a different image. A slogan saying “The Perfect Beer For Removing ‘No’ From Your Vocabulary For The Night. #UpForWhatever” outraged the majority of the brand’s consumers. Many consumers felt that the slogan promoted rape culture and encouraged non-consent. Consumers took to social media and demanded the slogan be removed from circulation immediately which negatively impacted the company. Along with an influx of bad publicity, the company’s brand perception rating took a hit. The “buzz” score—the official measure of daily brand perception—fell from a 6 prior to the incident to a 0 after the slogan went public.
The company responded to the incident with this: “It’s clear that this message missed the mark, and we regret it. We would never condone disrespectful or irresponsible behavior.” This statement, by Alexander Lambrecht—VP of the company, addressed the issue and was followed by a promise to stop producing the label immediately and to halt circulation of bottles sporting the controversial slogan. Further, it seems the company’s marketing department is ignorant of the suggestive and offensive nature of many of their advertising efforts. Barely a month before the latest “Up for Whatever” controversy, the company was forced to retract yet another offensive tweet associated with the ad campaign. The tweet read: “On #StPatricksDay, you can pinch people who don’t wear green. You can also pinch people who aren’t #UpForWhatever.” The ad campaign seems to leave the company susceptible to a host of controversies surrounding their marketing efforts under such an inherently suggestive theme: up for whatever. 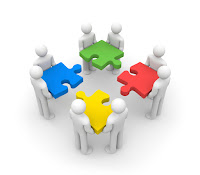 The stakeholders involved and affected by this scandal are many, considering the span of the customer base Bud Light has as a mainstream alcoholic beverage company. Many of the consumers of Bud Light have been offended and disappointed by the marketing stunt, and therefore have been affected by the scandal. Bars who may have purchased the controversial bottles likely experienced backlash from their own subsequent customers as the backlash from social media trended. Further, the company itself was affected by their own decision to market a possibly offensive and deliberately misleading ad which they knew had the possibility of offending their consumers. The company and its board members lost the respect of many and the business ultimately made a poor decision that negatively affected millions, which will go on to hurt sales and profits as well as the shareholders of the company.

Individualism
Individualism poses that ethically “business actions should maximize profits for the owners of a business, but do so within the law,” (Salazar, 17). Considering poor advertising decisions are not a violation of the law, this marketing mishap would technically be considered ethical as it did not break the law. Ultimately, the uproar and attention the slogan caught brought the company more attention but many consumers chose to boycott the company and its products until the slogan was removed, so it failed to maximize profit. Over time, a poor brand perception can lead to significant decreases in sales and ultimate demise for a company if the situation is not rectified. BudLight’s “buzz” score decreased dramatically in the aftermath of the ad. Positive brand perception is integral to successful businesses and to profit maximization. The ad negatively impacted profits, but luckily for the company not for long. Simply put, the decision of Bud Light to publish the offensive slogan led consumers to have a negative consumer brand perception of the company which failed to maximize profit in any way, which would not be supported under the Individualistic ethics principle.

Utilitarianism
Utilitarianism suggests ethical guidelines that encourage decisions which “maximize the happiness in the long run for all conscious beings that are affected by the business action,” (Salazar, 17). Bud Light failed to make a decision which made any party concerned with the company happy in the long run. When the company published the slogan, they only attracted negative attention from offended consumers and received public backlash directed at the company’s marketing team, which did not bring happiness to any party involved. Further, the company—during the time of the ad campaign—was spearheading its efforts to target more women consumers. This controversial ad backtracked any progress they might have made by directly offending the exact consumers they were attempting to target: women. Many consumers took a pledge to boycott BudLight until they addressed and fixed the ad mishap, which negatively affected business and overall happiness. 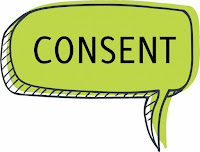 Kantianism revolves around the ideal that a company should “always act in ways that respect and honor individuals and their choices. Don’t lie, cheat, manipulate, or harm others to get your way,” (Salazar, 17). Bud Light violated two out of the four specifically indicated measures to not violate by advertising their controversial slogan. The company, in a way, harmed consumers who have been affected by rape and the popularization of rape culture by suggesting an alcoholic beverage could be the key to such encounters. Such consumers were deeply offended and suffered emotional damage from the insensitive slogan. They additionally manipulated their consumers by using a slogan that suggested the beer had the power to decrease rejection and increase willingness in women. By two counts, Bud Light’s ad campaign would be considered unethical to a Kantian. Further, the ad itself failed to respect and honor individuals and their choices. By literally promising that BudLight will remove no from your vocabulary, the company removed the right to choice
. The ad did not honor individuals in that it encouraged its consumers to pursue things, and women, who would usually—other than under the influence of BudLight—reject them. It set its consumers up to take unnecessary risks and to potentially put others at harm, which is unethical.

Virtue Theory
Virtue Theorists suggest that behavior is ethical when a business “acts so as to embody a variety of virtuous or good character traits and so as to avoid vicious or bad character traits,” (Salazar, 17). Virtue Theory involves four main virtues: honesty, courage, temperance, and justice. As for Honesty, Bud Light did not intentionally publish their slogan with the knowledge that it would be offensive, but as soon as they received news of the backlash it ignited, they rushed to apologize and agreed to remove the slogan. The company was Courageous when they owned up to the mistake and agreed that they understood where the slogan had missed the mark with consumers. As for Temperance, the company displayed unreasonable expectations and desires when they thought their ad campaign would be perceived agreeably by all consumers. The Justice in this case was fulfilled in that the company agreed to remove the slogans and apologized for their mistake. Virtue Theory also insists business decisions avoid vicious or bad character traits that will be associated with the company. The ad BudLight published associated the company with those w
ho support nonconsent and who promote rape culture. These are terrible and offensive traits for a company to have, and the ad directly aligned BudLight with such ideals. If such traits are sure to be negatively perceived when associated with an individual, the effect is amplified when they are associated with such a big company as BudLight. Overall, Virtue Theorists would concur that BudLight made a very unethical decision.

Posted by Jocelyn Bouchard at 10:21 AM