Controversy:
On Wednesday, September 27th of 2017, Eric Pulier, a Los Angeles tech entrepreneur was taken into custody based on allegations that he, and an executive banking accomplice of his, tampered with a software deal, which resulted in a $98 million-dollar payout. Eric Pulier was a tech innovator who helped co-found ServiceMesh, Inc. along with his partner Frank Martinez. ServiceMesh is a company based in California that provides cloud management systems to its consumers. Essentially, the company will manage several cloud services (Google Drive, iCloud, Amazon Web Services, etc.), pool and manage the data, then make it accessible to the company, using a hybrid cloud system, that allows “enterprises… to mix and match their cloud providers,” (David Linthicum, “Why ServiceMesh Was Cheap at Any Price”, 2013). In addition to having been an acting co-founder and Chief Executive Officer at ServiceMesh, Pulier was also a prevalent executive at Computer Sciences Corporation (CSC). As the name indicates, CSC is a company based in computer sciences, whose services are rooted in: analytics, software applications, cloud based operations, cloud consulting, security, etc. Pulier’s alleged crimes took place in the 2013 acquisition of ServiceMesh Inc., by the Computer Sciences Corporation. In 2013 Eric Pulier,

ServiceMesh, Inc.'s new Logo after its buyout by Computer Sciences Corporation in November of 2013
supposedly used his positions in both companies to his benefit, to reap a $98 million payout. Eric stands accused of having bribed higher up bank officials to enter into contracts with the intention of receiving an "earn-out payout from CSC," (SEC vs. Eric Pulier, 2017). In the boy out contract from CSC, it was indicated that Pulier would only receive the $98 Million if his company’s revenue stream was either greater than or equal to $20 Million dollars. Therefore, Eric Pulier used these contracts from the Commonwealth Bank of Australia to come up with $20 million in revenue for his company resulting in the substantial payout from CSC. Eric Pulier being the majority shareholder at Service Mesh Inc. resulted in him earning $30 million of the $98 million payout, of which, $2.5 million was given to the senior bank officials through a false nonprofit company. Four years after the alleged crime however, CSC has still kept SMI as one of its leading assets, going on to proport the company as extremely helpful and necessary to their cause. They have adopted many of SMI’s software technologies and have seemingly made out very well for their part of the deal.
Stakeholders:
The Case Manual by Heather Salazar defines stakeholders as people and or groups with an "interest" in the company or corporation. "Employees, customers, suppliers, and society that the business impacts are all examples of stakeholders..." (Salazar, The Case Manual, 18). The actions taken by Eric Pulier and the bank officials will have resounding repercussions for the following stakeholders: 1) the employees at SCI whose livelihoods are at now in a precarious situation due to the deal built on falsities 2) More obviously Eric Pulier and the bank CEOs who now face serious allegations and await their day in court 3) the banks who the money was stolen from 4) the senior executives at CSC who will have to find a way to recoup their losses (at least until the SEC is able to find Eric Pulier guilty) and will also have to deal with a loss of faith on the part of their shareholders 5) The company SCI itself who have to deal with another loss of faith, this time on the part of their customers who will abandon a company that they would deem unethical and ineffective. CSC has found ServiceMesh helpful in helping their clients move their information to cloud environments. ServiceMesh has helped the consumers of the company it was bought by and has operated up to par. However if the SMI was unable to keep its end of the bargin, CSC’s customer base and CSC itself would have been stakeholders.
Individualism:

Although SMI’s Financial Data is private CSC’s isn’t. Their 2014 4th quarter Earnings both high and low are significantly higher than their 2013 counterparts
Individualism is an ethical theory that puts the individual or self-interests of paramount importance. When applied to business as an ethical guideline it mandates that "Business actions should maximize profits for the owners of the business, but do so within the law," (Salazar, The Case Manual, 17). If this case were to be put in front of an individualist, they would immediately deem Pulier's behavior and the behavior of his accomplices as a demeaning action that is incomprehensible and ethically unjust. While Pulier did seek to increase the profits from the business for his own sake as the owner, he did so outside the law and in doing so resulted in a breach of the individualist code. Very much the same goes for the banking executives, but without their being the owners of the bank itself, they are an entire step removed from this theory, and therefore their actions would have no proper grounds for having been taken, in this theory. ServiceMesh was and still is a privately held corporation, which means that it’s financial data is for the most part held in private (seeing whereas the company isn’t required to report the SEC.) However, it is possible to glean some insight into its financials by looking at the situation it found itself in, in late 2013. ServiceMesh was allegedly purchased by the Computer Sciences Corporation for $282 Million with an additional $98 Million in the payout to shareholders. To earn this payout however, SMI had to have a revenue stream for the quarter they bought the company of or exceeding 20 Million dollars. With this statement it could be safe to assume Service Mesh’s total sales was <= 20 million dollars a quarter (at least in 2013). The company was acquired by a much larger and well-known company in 2013. The assumption that CSC could have implemented cost effective measures that SMI couldn’t (as a smaller company) and increase revenue streams, is not entirely baseless. Based on these somewhat educated conjectures it could be inferred that SMI is now operating with increased profits due to Pulier’s actions in 2013. Since Pulier has yet to be found guilty for any of his actions, an
individualist could find him within the bounds of individualist tenants and find his actions wholly permissible and acceptable; his actions increased profits, and until proven guilty are within the realm of the law. In the event that Pulier is proven guilty however, the individualist would find his actions impermissible. On CSC’s end, their revenues have increased from their 2013 counterparts and the acquisition seems to be helpful and extremely profitable to them.
Utilitarianism: 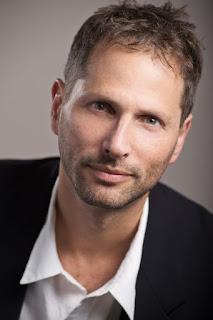 Utilitarianism is an interesting form of ethics which deems any behavior permissible as long as it serves the "greater good". This greater good is basically described as happiness; the action of bribing the senior officials of the bank, or of fluffing his company’s revenue would not be unethical to a utilitarian, in and of itself. However, since the action was self-serving and had no positive effect on the greater good (actually would result in a loss of happiness for the stakeholders, their families, and as a result the community as a whole) the Utilitarian would find Pulier guilty of a breach in ethical reasoning. Since the outcomes were negative this would only serve to add to the utilitarian’s condescension of Pulier's behavior. Looking at the results from Pulier’s actions, however could result in a different opinion from a Utilitarianist. Even after four years of utilizing a company whose revenues had to be fluffed, CSC has seeming adopted the company into itself well and has been highly satisfied with the results from the company. Seeing this a Utilitarian might deem Pulier’s actions permissible; his fluffing the revenue of his company incentivized CSC to buy the company, which they now find integral to their operations. On the flip side however, the 20 Million dollars in revenue was only required of ServiceMesh in order to receive the cash payout—it wasn’t necessary to make sure the deal didn’t fall through. Therefore, the utilitarian would once again find his alleged actions irredeemable.
Kantianism:
Kantian's believe that no action is unethical as long as the following guidelines are met: 1) All parties rationalism is respected 2) the person taking action is completely honest in their endeavor and does not manipulate others (as either of these would insult the other party as a rational decision making individual) 3) the action taker helps the other party by giving them multiple options with information in all their options so that the other individual can make a rational decision (Salazar, The Case Manual, 17). From the get go a Kantian would find Pulier's actions repulsive. This is for the reason that Pulier sought to deceive CSC in order to receive the payout of $98 million from the acquisition. This alone would be enough to condemn his actions but the fact that he lied while not presenting all the information is only compounded upon by the fact that he went as far as falsifying information and presenting it as the truth; information that the heads of CSC had to make a decision based upon, which insults the higher ups and companies as rational decision-making beings. The Kantian wouldn’t find his actions derisive if Pulier is not proven guilty. In that scenario Pulier’s actions are completely within the rationalities expressed by this theory.
Virtue Theory:
Virtue theory is an ethical premise based on the following: "Character traits that promote wellness or flourishing of individuals within a society," (Salazar, The Case Manual, 17). This is to say that an individual should act in accordance with simple benevolence that avoids all malicious traits. In committing this crime Pulier went against the single and fundamental tenant of this ethical theory, by employing "bad character traits,"(Salazar, 17) such as, lying, cheating, stealing, and bribery. A virtue theorist would find his actions abhorrently repulsive and find him guilty. In the scenario that the virtue theorist was operating under the assumption “innocent until proven guilty,” the theorist would find his alleged actions unfounded, however they wouldn’t find him in breach of their ethical tenants until he was found guilty.

Posted by Ricardo Hinds at 1:45 PM