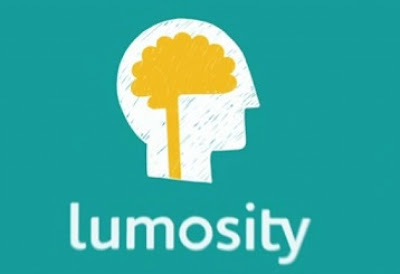 Lumosity Deceptive
Advertising Controversy
Controversy
Lumosity, created by the company: Lumos Labs, is a 'brain-training' website and application with over 40 different games designed to improve your cognitive skills. Lumos Labs was very successful with this product until 2016, when they ran into their deceptive advertising scandal (Brunker). Originally, Lumosity was marketed by claiming users who played the games about fifteen minutes a day, multiple days a week would lead to various health benefits. According to the FTC, Lumos Labs claimed users would "perform better at work, in school, and reduce or delay cognitive impairment associated with age and other serious health conditions" (Lumosity). More specifically, Lumosity suggested their application would reduce cognitive impairment due to stroke, PTSD, ADHD, traumatic brain injury and more, claiming they had done scientific studies to prove this. They even went as far to say that their product could prevent memory loss, Alzheimer’s disease, and dementia; because of this they were able to attract a great number of consumers to their product (Lumosity).

However, Lumos Labs had no scientic evidence to back up these claims. Additionally, the Food and Drug Administration did not review and approve these claims, creating a major legallity issue with their advertisements (Press). Further more, the FTC's director of the Bureau of Consumer Protection, Jessica Rich, went on to say "Lumosity preyed on consumer's fears about age-related cognitive decline..." and that they "simply did not have the science to back up its ads" (Brunker). In addition, to deceptive advertsing, Lumos Labs had issues with the reliability of consumer testimonials on their website. A portion of the positive testimonials on their website were solicited though contests that offered chances to win a free iPad, free Lumosity membership, and even a free trip to San Fransico, California, where Lumos Labs is based.

Due to the deceptive advertising, unfounded health claims, and biased testimonials, the Federal Trade Commission filed a complaint against Lumos Labs. Lumos Labs, in settling the case, were given a $2 million fine that would go towards refunding customers primarily who purchasd monthly online subscriptions to Lumosity between 2009 and 2014 (Lumosity). Additionally, Lumos Labs was required to provide an easy way for current customers to opt out of their monthly subscription, if they so choose. In response to the settlement, Lumos Labs made the statement: "Neither the action nor the settlement pertains to the rigor of our research or the quality of our products - it is a reflection of marketing language that has been discontinued. Our focus as a company has not and will not change: We remain committed to moving the science of cognitive training forward and contributing meaningfully to the field's community and body of research" (Walters).

Stakeholders
The primary stakeholders of Lumos Labs are the consumers who bought into the product. According to the FTC, Lumosity had about one million users, primarily from the United States. These customers were people looking to improve their cognitive abilities due to either their current medical history or to prevent themselves from developing mental diseases such as Dementia or Alzheimer's in the future. These consumers were deceived into thinking that the product has health benefits that could not be backed up by scientific facts. Other stakeholders are the developers of similar health-related appliactions (Walters). Now that Lumosity has been involved in a deceptive advertising scandal, the FTC is keeping a close eye on any application that claims to have specific health benefits. In addition, another group of stakeholders are those empoyees who work for Lumos Labs. They have the burden of working for a company with a troubled past and must work extra hard to rebuild the reputation of Lumosity as a quality product.
Individualism
The main ideal of the individualist ethical standpoint is that the responsibility of the business is to maximize it's profits, and everything should be done in working towards that goal, if they stay within the rules of the law. Keeping this in mind, an individualist would say that Lumos Labs did not behave in an ethical manner, regarding the deceptive advertising controversy. Even though the main goal of Lumos Labs was clearly to maximize their profits, the advertising they chose to market themselves with were deceptive and illegal for claiming health benefits not approved by the FDA (Lumosity). This could have been avoided if Lumos Labs would have consulted with their corporate attorneys and were made aware about the illegality of making unfounded health claims. In addition, because of the illegality of their actions, Lumos Labs had to pay a $2 million fine to reimburse its customers and provide a way for customers to cancel their subscription to Lumosity (Press). Resulting in Lumos Labs losing a lot of money, which is the opposite of maximizing their profits. This is another reason why an individualist would deem Lumos Labs behaved unethically.

Utilitarianism
The main component of utilitarianism is maximizing happiness for the greatest number of people. This happiness is measured as freedom from pain and pleaure. Additionally, a utilitarian would determine whether or not an action is ethical by looking at its consequences. According to this definition, Lumos Labs would not have been behaving ethically. First, Lumos Labs was unsucessful in maximizing happiness for the greatest number of people. Many stakeholders bought into Lumosity because it could prevent disease. Once they found out these claims were not scientifically backed they were very 'unhappy.' In addition, the FTC was not 'happy' because they had to spend a lot of time dealing with Lumos Labs after the controversy, as well as look into other business firms that could also potentially be making false health claims. Secondly, the consequences of Lumos Labs actions would deem them unethical. The most obvious consequence being the $2 million fine, as well as the number of customers lost. In November of 2015, the Lumosity smartphone application had 1.8 million users. Fast-forward to May 2016; the application then had only 1.1 million users (Lumosity). A final consequence for Lumos Labs is that they had to remodel their marketing plan and try to salvage the reputation of their product. Due to the overall lack of 'happiness' this controversy created and these consequences that occured, a utilitarian would agree that Lumos Labs was not behaving ethically.

Kantianism
Kantianism is all about providing people with the information that allows them to make rational decisions. Furthermore, one needs to be rightly motivated when making decisions. Most importantly, one needs to treat people as 'ends' and never 'means to an end.' Based on these criteria, Lumos Labs did not behave ethically. First, Lumos Labs did not provide accurate information about Lumosity. They used unscientifically founded health claims in their advertisements. Furthermore, they posted highly biased customer testimonials of their product, while failing to disclose these customers were bribed (Heilpern). This means, that potential Lumosity users had false and unreliable information leading them to make the purchase. Consumers could not rationally decide for themselves if the product was right for them. In addition, Lumos Labs made this decision from self-interest motivation: to make profits. Also, when Lumos Labs bribed their customers in exchange for postive testimonials, they treated these customers as 'means' to aquiring the 'end' of a larger customer base. This is the exact opposite of the Formula of Humanity, that states no one shall be treated ethically as "means to an end." All three of these actions go against Kantian business ethics, which is why Lumos Labs would be said to have been unethical in this situation.

Virtue Theory
Virtue theory is composed of four main virtues: Courage, Honesty, Temperance and Justice. Courage is about standing up for what one beleives is the ethical choice, decision or idea. Lumos Labs, as a whole company made a poor decision by deceiving their customers. However, no one in their company had the courage to put a stop to this deceptive advertising. Honesty, is always giving the truth and not withholding anything. Lumos Labs was not honest when they made those scientifically unfounded health claims, nor were they honest when they failed to
disclose the bribing of their customers. Temerperance includes having "reasonable expectations and desires" as a business firm. Lumos Labs had the expectation that no one would question these so-called health benefits of Lumosity. Justice includes "hard work, quality products, good ideas, fair practice" and more. Lumo Labs did try to create a quality product: Lumosity. However, they lacked in the fair business practice aspect of justice. There is no justice in false advertisements and deceiving customers. Due to the fact Lumos Labs lacked all of these virtues is why their actions are seen an unethical, according to virtue theory.