Controversy
The United States Government sued Fiat Chrysler (FCA) accusing them of using software to pass emissions tests.The government accused Fiat Chrysler Automobiles of using an illegal engine- control software that enabled its diesel-powered vehicles to pass the emissions tests. This filing happened days after Fiat Chrysler proposed a modification to the software to ensure correct test results hoping that it would resolve the issue. “The government alleged that FCA put eight “software based features” on diesel engines in nearly 104,000 Ram pickups and Jeep Grand Cherokees from the 2014 to 2016 model years.”

The Environmental Protection Agency (EPA) is responsible for verifying the automobile manufactures comply with anti-pollution laws they have set forth. Responses from Cynthia Giles from the EPA was “failing to disclose software that affects emissions in a vehicle’s engine is a serious violation of the law which can result in harmful pollution in the air we breath.” Some documented responses by FCA were “FCA US is very disappointed that the EPA has chosen to issue a violation with respect to the emissions control technology…..”. ..”FCA US believes that its emission controls meet the applicable requirements..”...”FCA looks forward to meeting with the EPA’s enforcement division….to resolve this matter…”. This also happened with Volkswagen and they ended up guilty to criminal charges in a scandal that cost Volkswagen $20 billion in U.S. alone.
Stakeholders
A stakeholder is a person with an interest in something, especially in business.The stakeholders in this case would be people that own Fiat Chrysler Automobiles, the FCA employees, car dealers, shareholders, the public, other auto manufacturers and Fiat Chrysler board members and executives. These allegations affected their company value and net worth.
The FIAT Chrysler emission violation allowed harmful diesel exhaust to be emitted into the environment potentially harming the unaware public. Due to this violation many people have lost their jobs and FCA’s market value dropped drastically as a result. The impact affects FCA’s customers, employees, car dealerships, company shareholders, fellow automobile manufactures and FCA board members and executives.When companies mislead their customers it is a uphill battle for them to regain the consumers trust. The stakeholders are the key people that have the most vested interest. 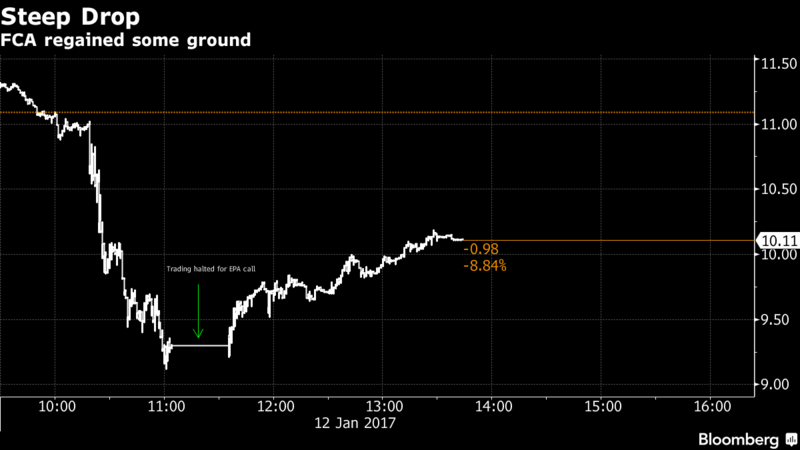 Individualism
Individualism is a social theory favoring freedom of action for individuals over collective or state control. FCA’s goal was to maximize profit for their investors at anyone else's expense.  The Fiat Chrysler Automobiles scandal is unethical under the individualism theory. FAC cheated by using the software that changes the test results in the laboratory to allow sales of diesel vehicles in the U.S. The software was making the results look better than they actually were by reducing the emissions output.  Environment Protection Agency (EPA) sets the standards that companies have to apply to and  FAC totally ignored these requirements and were solely focused only on company profits.
Utilitarianism
Utilitarianism is the doctrine that actions are right if they are useful and benefit the majority with actions that produce the most good. The Fiat Chrysler Automobiles scandal is unethical under the Utilitarianism Theory because a lot of people weren’t happy with the outcome. As a result of FCA cheating scandal many innocent people were negatively financially affected. This scandal was no good and no one benefited from Fiat Chrysler’s actions. FCA had to recall cars once they received approval that their software was certified. It’s likely many people lost their jobs due to the fact Fiat had to pay millions of dollars to recall automobiles. Hopefully the only good that could come out of this scandal would be for Fiat to learn from so it would never happen in the future.

Would You Want to Breathe This? 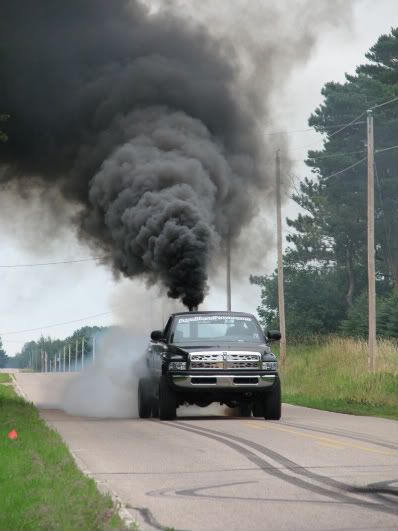 This could have been the result of Fiat’s emissions cheating if the EPA had not investigated the emissions software.

Kantianism
Kantianism definition is certain types of actions are prohibited, even in cases where the actions would bring about more happiness than the alternative action.The Fiat Chrysler Automobiles Scandal is unethical under the Kantianism Theory because the outcome of the scandal made all parties involved very un happy and frustrated . As a result of FCA not being honest to their customers it’s possible that they will lose the customers trust and struggle to gain it back in the future. Due to this scandal not being as large as the Volkswagen crisis and the number of diesel engine customers being relatively low in the U.S., FCA may have a better chance regaining customers trust after the software is corrected. The CEO Sergio Marchionne said “we have done nothing Illegal the reports are blown out of proportion.”
Virtue Theory
Virtue Ethics emphasizes an individual’s character as the key element of ethical thinking rather than rules about the acts themselves or their consequences. The four main virtues of character include courage, honesty, self control and fairness. FCA did not display courageousness because the company knowingly supplied faulty software. They also failed to show they were honest by intentionally lying to not only their customers but their employees. The Fiat Chrysler Automobiles scandal is unethical under the Virtue Theory because their ethical thinking was to cheat the emissions test and they ended up breaking the rules and are now dealing with the consequences. If they came forward, this thing could have been smaller than it ended up being. If FCA displayed self-control to do the right thing and not adjusts their software, they wouldn’t have cost the company so much irreversible damage. 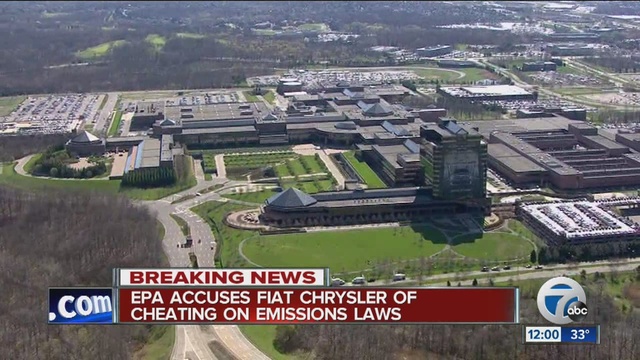 Fiat has followed other automobile manufactures in trying to cheat emissions.

Posted by Malhubbard at 7:04 PM