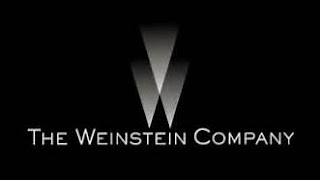 The Weinstein Company is one of the largest mini-major film studios in North America and was founded by Harvey and Bob Weinstein in 2005. At that time, they left Miramax Films, a production and distribution company, which they also founded in 1979. During Harvey and Bob’s time at Miramax and The Weinstein Company, they have received 341 Oscar nominations and won 81 Academy Awards. On October 5, 2017 Jodi Kantor and Megan Twohey of the New York Times revealed sexual harassment allegations against Harvey Weinstein, then current co-chairman of The Weinstein Company, that dated back to 1990. The first article published by the New York Times represented the first time multiple women, among them the actresses Ashley Judd and Rose McGowan, went on record with specific allegations against Harvey Weinstein. On October 10th the New Yorker also published an investigation by Ronan Farrow that included multiple accusations of sexual assault by Mr. Weinstein. Until this investigation was released few people were willing to speak out.

Harvey Weinstein is known for his keen eye for promising scripts, directors, and actors and with a bullying, even threatening, style of doing business, inspiring both fear and gratitude. It has been reported that for more than twenty years, Weinstein has also been trailed by rumors of sexual harassment and assault. Mr. Weinstein used business-related situations to try and press himself sexually on women in his employ. This has been an open secret to many in Hollywood and to the Weinstein Company. Mr. Weinstein and his associates used nondisclosure agreements, monetary payoffs, and legal threats to suppress any investigations or stories. Women are accusing Weinstein of forcing himself on them with threats of ruining them and their careers. One of these women, Asia Argento, an Italian film actress and director, said “I know he has crushed a lot of people before. That’s why this story—in my case, it’s twenty years old; some of them are older—has never come out.”

As this story has unfolded, Bob Weinstein, Harvey’s brother and Co-Chairman, and David Glasser, the president of the company, denied that they or other board members had any knowledge of payments made to women who complained of unwanted touching, sexual harassment and other over-the -line behavior by Harvey Weinstein.  However, Ronan Farrow revealed that in her investigation sixteen former and current executives and assistants at Weinstein’s companies told her that they witnessed or had knowledge of unwanted sexual advances and touching at events associated with Weinstein’s films and in the workplace. “They and others described a pattern of professional meetings that were little more than thin pretexts for sexual advances on young actresses and models. All sixteen said that the behavior was widely known within both Miramax and the Weinstein Company. Messages sent by Irwin Reiter, a senior company executive, to Emily Nestor, one of the women who alleged that she was harassed, described the “mistreatment of women” as a serial problem that the Weinstein Company had been struggling with in recent years” (Farrow, From Aggressive Overtures to Sexual Assault, 2017).

Eventually, as more allegations of misconduct by Mr. Weinstein were revealed by multiple once silent women, this led to the resignation of four members of the company’s all-male board, and ultimately to Mr. Weinstein’s firing from the company. Board Member Lance Maerov has stated that the Weinstein Company has addressed the situation these allegations have caused and has instituted a new code of conduct including a detailed description of sexual harassment. The contracts for top executives now include a clause that they would face costly fines if the company ever had to pay a settlement for their misconduct.

The primary stakeholders in this case are every woman that was a victim of Harvey Weinstein’s sexual misconduct, consensual or not. All the female employees at the Weinstein Company were affected by Mr. Weinstein’s actions. A job with Mr. Weinstein was a coveted position with promises of money and fame. Many of his former assistants have risen to higher ranks in Hollywood. But this perk came at a price. Speaking up was costly.  Ms. O’Connor said in the letter, addressed to several executives at the company run by Mr. Weinstein. “There is a toxic environment for women at this company” (Kantor & Twohey, 2017). Mr. Weinstein enforced a code of silence. Employees of the Weinstein Company had contracts saying they would not criticize it or its leaders in a way that could harm its business reputation or any employee’s personal reputation. And most of the women accepting payouts agreed to confidentiality clauses prohibiting them from speaking about the deals or the events that led to them.

For actors, a meeting with Mr. Weinstein could yield dazzling rewards such as scripts, parts, awards and magazine coverage. He was a powerhouse in Hollywood that had a reputation of turning actors into huge stars with his influence.  But he used this leverage inappropriately with women in the industry. Meetings with actresses and models were scheduled to be held in hotel rooms. According to Ms. Farrow in her article “Four actresses, including Mira Sorvino and Rosanna Arquette, told me they suspected that, after they rejected Weinstein’s advances or complained about them to company representatives, Weinstein had them removed from projects or dissuaded people from hiring them. Multiple sources said that Weinstein frequently bragged about planting items in media outlets about those who spoke against him; these sources feared similar retribution.”


The Weinstein Company, including his brother Bob, the board members and top executives are victims of this scandal as their company’s reputation is ruined. Eventually the Weinstein Company will no longer exist. The name “Weinstein” is now toxic in Hollywood.  Stockholders of the Weinstein Company are stakeholders in this case as future work and profits will be affected not to mention the possibility that potential profits were missed over the years as aspiring talented actresses’ careers were derailed by Harvey Weinstein.

His family members are also stakeholders as his marriage has been destroyed. Public pressure is being placed on the charities he once bankrolled so they are giving back what they see as dirty money and the politicians he once financed and campaigned for are denouncing his actions in an attempt to distance themselves from him.

The primary values of Individualism are the business, the owner’s choices and the businesses profits. “Business actions should maximize profits for the owners of a business, but do so within the law” (Salazar, Case Manual, p 17).  The Weinstein Company was unethical in its handling of sexual misconduct complaints against Harvey Weinstein. There is no doubt that the Weinstein Company was a very profitable and successful enterprise in Hollywood Mr. Weinstein was a contributing factor to its high level of achievement.  Co-founder, Harvey Weinstein’s movies have earned more than three hundred Oscars. It has been made clear that the company was aware of Mr. Weinstein’s inappropriate behavior and allowed it to continue by ignoring the issue. The profits and success were certainly the driving force for covering up or ignoring his wrong-doings but sexual harassment is unlawful. As more women speak up about how they were treated and affected by Mr. Weinstein and it is exposed that the company was aware of the problem the reputation of the Weinstein Company is irreversibly tarnished. Evidently trying to keep this secret has ruined the Weinstein name.  There are reports that the company will be sold and renamed or just dissolved at this point. Business partners such as Technicolor and the Academy of Motion Picture Arts and Sciences have ceased doing business and all ties with the Weinstein Company and Mr. Weinstein himself.

A Utilitarian would find this controversy over the Weinstein Company’s non-action against Mr. Weinstein unethical. The values of Utilitarianism maximize happiness of all conscious beings that are affected by the business’ decisions. If you analyze the costs and benefits to any of the women targeted by Mr. Weinstein you would find that allowing these actions to continued did harm to more and more women. If they had addressed the problem Mr. Weinstein had when they were first aware of it, multiple women to include the company’s employees and various actresses would have been spared from his harassment. The company would have been spared the immoral reputation that they allowed this to happen to women and possibly had a stronger progressive character if they had protected more women from his abuse. Evidently the profits he contributed outweighed the lawsuits they paid out.

Kantianism values are rational decision making, autonomy of individuals, honesty and freedom. You should not lie, cheat or harm others to get your way. In this case there were cover-ups and pay-offs to make the problems go away for over 20 years. Kantianism examines the moral permissibility of actions and the moral worth of in the motivation of the actions. Kantian’s believe that we should be motivated by good will, seeking to do what is right. The Weinstein Company’s handling of the sexual harassment claims was not rational in that they did not respect the women he was victimizing and they were immoral in that they allowed Mr. Weinstein to commit crimes against these women. Although the companies thought they were doing the right thing in throwing money at the problem, this is not the case. “The Formula of Humanity states that it is wrong to use people as a means to get what you want because it exploits them” (Salazar, pg 21). Multiple women were harmed over the years in order for the Weinstein Company, its stockholders, board members and employees to continue being successful. Making these women keep their stories quiet put more women at risk.

Virtue Theory is to act so as to embody a variety of virtuous or good character traits and so as to avoid vicious or bad character traits called vices. The four main virtues are courage, honesty, temperance and justice. The company decision makers at the Weinstein Company did not possess these virtues. They lacked the courage to expose and reprimand Mr. Weinstein for his mistreatment of women. Honesty was also not a trait they had. Honesty would have led them to acknowledge that Mr. Weinstein was wrong in his actions and they would have let the proper authorities know of his crimes. The virtue of temperance was overshadowed by the vice greed. Their greed for continued success and wealth related to Mr. Weinstein’s productions made them feel it was necessary to overlook his harassment of women. Justice was not a virtue they possessed either as they should have sought justice for his victims or at least tried to put a stop to his crimes by acknowledging them and dealing with them with a goal to aid him in refraining from his bad behavior.

Nashawaty, Chris. The Weinstein Company is now too Toxic for the Oscars. Entertainment Weekly online. 2017, October 11.

Sorvino, Mira. Why I spoke Out Against Harvey Weinstein. Time Magazine. Online. 2017, October 11.