Gleevec – Drug That Keeps Going Up In Price 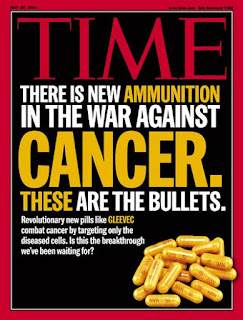 Controversy- Novartis launched its breakthrough cancer medicine which is called Gleevec, in 2001. The list price of this medicine was $226,400 a year. The company’s chief executive acknowledged it was expensive so they called it an “uphill battle to win understanding for our decision.” Since this drug was approved to help treat a rare form of leukemia, more drugs like this have been put on the market and it has made the little orange Gleevec pill to rise more than $120,000. Each year the price of the medicine has decided to rise which makes it harder for people with this illness to get this drug. This drug at first was not supposed to make much money but now it is the biggest drug by revenue at one of the world’s largest drug companies.  The price for this drug would go up about 5% from the initial price. People who received subsides to defray the cost were quicker to adopt the drug than those who did not have the finical help. They are looking at it from a business aspect and knowing that people need this pill in order to survive, people are willing to pay any amount for it. There was approximately about 58 days for people who were able to take this high coasting drug compared to 108 days for those people without subsidies.
This drug was starting to bring up to $1 billion in sales each year. Once companies started realizing that the more people who are going to need this within the next years, the profit for the company will rise. Marketing projections suggested the drug would peak at $100 million in annual sales. With all of this money that the company can continue to make from the pill the power the company had earned is going to make Novartis think that the price of this medication is fine. There would be no need to lower the price when such a high profit is coming in.

Stakeholders-  A stake holder is a person with an interest or concern in something, especially a business. There are many stakeholders in this case. The biggest stakeholders in this case would be the people who have to take this drug but who cannot afford it. If the person having to take this drug almost every single day has to pay over thousands of dollars for just one pill there is no way most people are able to afford it. As of May 2016, the price of Gleevec for one year was $146,000. Even the generic version of this pill is still not much lower than the initial price that is listed. The company may start to lose profit because even though people may need this pill but if they are unable to afford it then there is no way a lot of people will be able to take it. Being selfish in a business aspect is perfectly fine, but when there are other competitors out there trying to do the same it can end up hurting the company in the long run. For now the sales coming in are looking like a bigger number but as more competitors continue to sell this medication for a cheaper more affordable price this profit may seem to minimize. Especially in this case, the company is already making a big profit they are able to afford to lower the prices in order to help the people who need it.
Another stakeholder that this case is dealing with would be all of the generic brands that are producing the pills, forcing Gleevec to raise their prices. Stakeholders can be from outside sources as well so with this being said, the other companies who are creating generic versions of this pill would be some of the stakeholders. The more companies that continue to make generic pills the higher prices Novartis is going to keep charging to compete with the market.

Individualism-  Individualism is the habit or principle of being independent, or a social theory favoring freedom of an action for individuals. In this ethical issue, people would think that the company of Gleevec is doing the right thing with making the prices higher so basically only the people who are able to afford it are able to use it. What the company did to raise the prices is a legal thing to do even if it does not seem like the right thing to do. To people who are not individualists they would not look at it as helping the company make more money they would more see it as a selfish thing to do. With this being said it seems more so that people who have money and are able to afford Gleevec. Which means they are the only people who have the opportunity to be cancer free and have a less stress full life. This theory has a view that stresses the importance and best serves the public's interest by pursuing their own interest. The public's interest would be the company making the drug that is going to help some survive. Unfortunately, the company's interest would be making a bigger profit and expanding the company rather than helping people be cured of any cancer cells living within the patient's body. 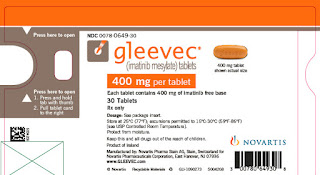 Utilitarianism-  Utilitarianism are actions that are right if they are useful or will benefit people. In this case the actions that are being made to higher the drug Gleevec may not seem right but it is useful and will help benefit other people. The company would find this as a way that is benefiting more people because the company is providing people with a drug that is help full and helps cure cancer. This is also a lifesaving pill for those people who need it which would also be beneficial to other people and the company. You could also look at this as unethical issue because a high price medication yes will benefit people but it will only benefit the people who are able to afford it. Looking at this case as in this ethical theory if you do not make a high yearly income this pill may not work out for a lot or even most of the people who have this form of cancer. From a utilitarian mind set people would believe that the purpose of morality is to make a better life by increasing the number of good things in the world, which would be this medication because it is giving people the opportunity to live longer then they would have expected too. This is a lifesaving pill for those who need it which would also be beneficial to the company and the people. Another way this could be beneficial in this ethical theory would be considering taking the tablets and putting more medication into each so it can be more useful for the patients. The only thing the company would have to do would not raise the prices for the pills because enough money is already being collected from the medication.

Kantianism- This theory talks about how the rightness and wrongness of the actions does not depend on the consequences but it does depend on whether they fulfill the duty it was being told to do. Within this theory it would make the case unethical because they are rising all of the prices for a medication that is lifesaving to those who need it. The company is being very selfish in this act because they should know that most people who are taking this drug probably cannot afford it. This would also be considered an unethical case according to this theory because the pill is fulfilling the duty that it is supposed to do such as helping the cancer cells leave peoples body, but the way they are doing so by having the prices marked up so much is unethical. If the company decided to do this in a different approach it would be more of an ethical theory. Like not raising the prices as much as they did so people can afford this medication. 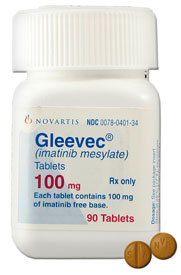 Virtue theory- This theory talks about how it emphasizes and individuals character as the key element rather than the rules about the acts themselves. With this theory being talked about it would be the opposite of what is going on with this company. Being selfish and greedy towards people who need this medication in order to live anymore, may not make people continue to buy this pill. Even though for some people it could be considered a lifesaving medication a lot of the people who may need it cannot afford it. People are going to try to find other ways in order to get around without having to take that pill. This theory carries out more from the company rather then the customers who are taking and buying this prescription. The moral behavior in this case is effecting the people who need this pill. Novartis does not seem to realize that people who are buying this medication tend to stop refilling their prescription because of the cost. It will soon stop people from buying from this company.