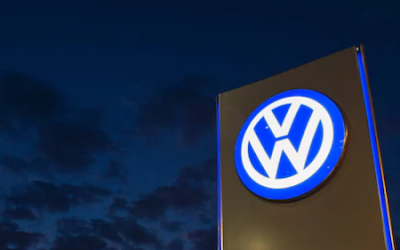 Volkswagen is in the middle of a major crisis. The automaker is being investigated in the United States for tricking the emissions of its diesel vehicles. The scandal is not limited to that country alone. Now French and German authorities are calling for the company to be investigated around the world. The scandal uncovered when the US Environmental Protection Agency (EPA) found that Volkswagen had controlled the operation of their cars to make up the figures of pollutant emissions to the drawback. As it were, when vehicles were put under a magnifying glass to measure their emissions they didn't give a correct measure of what they really polluted. As per the EPA, in real driving conditions, the levels of pollutants are 40 times higher.
In 2008, the United States Government limited the number of NOx (nitrous oxide) particles that could be emitted by the engines of cars sold in that country. Some manufacturers resorted to a Urea injection technology in the catalyst to remove much of these particles, however Volkswagen said that with its Clean Diesel technology these types of solutions were not necessary and that they would perfectly comply with the regulations ... and so it was, During the EPA tests, VW products complied with the emission requirements and they were responsible for scrubbing it in the face of all its competitors. 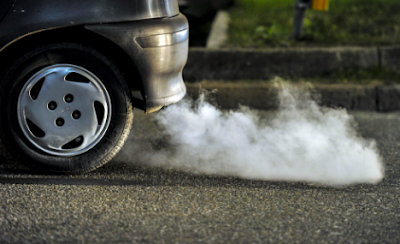 The great find of the EPA was the so-called "Defeat Device" electronic switch, a program that monitors the position of the steering wheel, the speed of the vehicle; how long the engine has been running and the barometric pressure to determine if the vehicle is being used under normal or test conditions, then modifying the behavior of the engine to emit less pollutant gases if it is the last. This not only proved the "trap" but Volkswagen was also well aware of it and hid it for seven years, selling almost half a million vehicles that can be classified as illegal in the United States.
Impact on Stakeholders
Many substantial investors in Volkswagen plan to sue the carmaker in a German court, looking for compensation for the dive in its offers because of its emissions test cheating scandal. There is already talk of multi-million dollar fines, the CEO of Grupo Volkswagen,  Martin Winterkorn, has already resigned his position  and the shares of the company are down 30%. Volkswagen's (VW) shares have lost right around 33% of their esteem, or around 22 billion euros ($24 billion), since it conceded in September to misleading U.S. controllers about emissions with the assistance of on-board motor control programming. The law office intends to utilize supposed capital market demonstrate claims, a German lawful technique which - for absence of U.S. style legal claims - utilizes court decisions won by singular financial specialists as formats to set damages for others, that are similarly influenced. 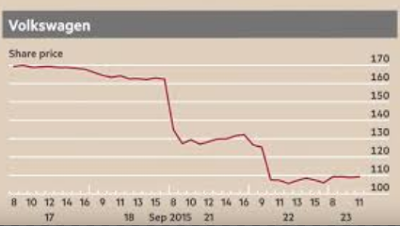 Ethical Theories
The ethical theories that applicable to this case are that all business has the moral responsibility of complying with the ethical standards. It is a mandatory for all business to follow the ethical code of conduct. In order to make profit, engaging in unethical activities will someday revealed and spoils the goodwill. According to Kantian business ethics, business has the obligations to fulfill the ethical aspects for retaining in the market. But Volkswagen falsified this theory by involving in emission scandal. Utilitarianism is an ethical theory that is describes the right and wrong based on outcomes. In this particular case, the outcome has created adverse impact on customers which had made an unethical consequence on Volkswagen.
References:
Investor's Business Daily. (2017, October 18). The Volkswagen Emissions Scandal And The Bureaucratic Pursuit Of Power. Retrieved from https://www.investors.com/politics/commentary/the-volkswagen-emissions-scandal-and-the-bureaucratic-pursuit-of-power/
Press, A. (2017, August 4). Volkswagen executive pleads guilty in emissions scandal. Retrieved from http://www.latimes.com/business/la-fi-hy-volkswagen-emissions-guilty-20170804-story.html
Volkswagen emissions scandal. (2015, September 25). Retrieved from https://www.npr.org/tags/443453659/volkswagen-emissions-scandal
Volkswagen: The scandal explained. (2015, December 10). Retrieved from http://www.bbc.com/news/business-34324772
Volkswagen?s emissions cheating scandal had a long, complicated history. Retrieved from https://arstechnica.com/cars/2017/09/volkswagens-emissions-cheating-scandal-has-a-long-complicated-history/