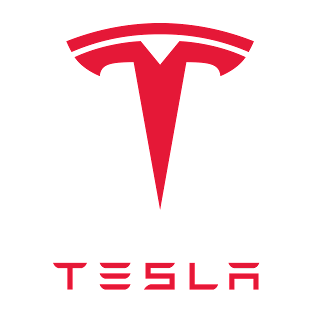 At the heart of the race for technology stands Tesla, an American automobile, battery, and solar panel producer specializing in premium, all-electric SUVs and sedans. The company,  headed by CEO and founder Elon Musk, has been researching and implementing several semi-autonomous driving controls into their vehicles, with the hopes of creating fully autonomous, self-driven cars by 2019. In their current vehicles, Tesla offers semi-autonomous driving, including auto-park, adaptive cruise control, auto steering, any many other safety features. With all these revolutionary features, it seems as though Tesla has made driving safer for not only the driver any passengers, but other motorists.

Sadly, there are shortcomings to this technology, and many lessons that are still yet to be learned. On may 7th, 2016, a Tesla Model S Sedan t-boned a semi truck, causing the car to drive straight under the trailer, and careen off the road, before striking a power pole. The company's first instinct was to investigate, and find out whether or not the autopilot was being used during his travel. As investigations show, Joshua Brown had been using the autopilot feature. Both the car and driver failed to apply the brakes when the semi truck made a left turn across the lane, causing the Tesla car to drive full speed into the trailer. It is thought that the autopilot camera could not determine the difference between the white trailer and the cloudy white sky in the background, meaning the Tesla car thought there was only open road ahead.

Tesla's (and more importantly, Elon Musk's) reaction to this incident were somewhat questionable. On one side, the Tesla company as a whole were very considerate, apologetic, and remorseful. Tesla, from their twitter, shared a link to a blog titled "A Tragic Loss", where the Tesla Team wrote about the incident, how it occurred, and what measures are being taken to ensure it does not happen again. In the last paragraph, the Team wrote an homage to Joshua Brown, stating he was "a friend to Tesla...who spent his life focused on innovation...", closing with condolences given to his friends and family. The NHTSA (National Highway Traffic Safety Administration) also stated that they had the full compliance of Tesla, during the length of the investigation. Elon Musk, CEO and founder, tweeted the same article, yet followed it up with criticism towards the naysayers, retweeting a tweet stating "1 person dies in a Tesla on autopilot and people decry driverless cars are unsafe". Furthering this, Elon Musk claimed that "500,000 people would have been saved" in the last year if the autopilot feature was used by more manufacturers.

The issue is not more of how Tesla and Elon Musk reacted to this tragedy in words, but rather in actions. This accident caused a significant revamp in the autopilot technology. Tesla's autopilot now relies on radar sensors primarily, rather than the cameras in place. Elon Musk even commented how big of an improvement this revision was, saying that had this system been in place, the fatal accident involving Joshua Brown would have most likely been avoided. With the new radar system, Musk says there will be improved abilities in fog, snow, and dust. Musk also estimates "probably a threefold improvement in safety" compared to human drivers. In addition, Musk and team made an improvement where the driver using the auto-pilot must periodically place their hands on the wheel, in order to maintain full attention. This had already been a feature (that Joshua Brown ignored), but now has more frequent reminders.

Many investors lost money due to this incident, including stockholders, where stocks fell ~10% throughout June, and of course Tesla lost revenue, and invested much more funds into developing a more adaptive autopilot feature. Those who at the time owned similar Model S' now had to be more diligent with their autopilot, because accidents do happen. Overall, the Tesla team and Elon Musk did everything in their power to improve safety. The business as a whole acted on a very ethical, transparent scale, and Individualism, Utilitarianism, Kantianism, and Virtue Theory agree.

Individualism is referred to as the ethical form of business where the only goal is to achieve profit, for the company and the shareholders. Now, with this case study, of course the price of Tesla stock went down, as it would with any tragic accident a company faces. However, the individualism comes in to play with how Elon Musk reacted to this. Musk, of course, gave his condolences to the family and friends of Joshua Brown, but rebutted arguments against Tesla's autopilot being "unsafe". Musk quoted many statistics showing automated driving to be safer than human driving, writing how this fatality is the first in over 130 million miles driven with the autopilot activated, compared to (on average) a fatal accident every 94 million miles with human drivers. The reassurance to his patrons, along with the development of an even safer autopilot system, caused Tesla Stock to increase roughly $200 over the course of the next year. Becasue of this, Elon Musk and the rest of the Tesla team preserved their profits, and actually increased the worth of their business, therefore abiding by the rules of Individualism.

In the case of Tesla, Utilitarianism is applied to its fullest. Tesla is known to provide great customer service, and make their customers feel as if they are part of a family. According to utilitarianism, happiness and pleasure are the only two emotions that hold value. The common conception is, "the greatest good for the people", meaning the decision should be based on whether or not it is benefiting the most people. Before production, Elon Musk and the Tesla team did countless experiments on their 360 degree cameras in order to ensure the most safety for their consumers. Many failed attempts eventually led to what they envisioned to be the perfect auto-pilot feature. Tesla abode by every regulation and law put in place for consumer safety, showing that they cared for their customers, and wanted everyone to be safer. This would improve the overall happiness of the buyers. After the accident, Tesla took partial blame, since their autopilot system couldn't tell the difference between the trailer and the sky, and decided to revamp their systems. Because of this, many were relieved that something was being done to avoid another "freak accident". Overall, Tesla and Elon Musk have provided the greater good to the people, and limited the damage done by this incident.

Kantianism is thought of to run off of a certain set of principles, and relates to Utilitarianism. It is important in Kantian view to not act rash, to respect people, and to be motivated by good will. In terms of being motivated by good will, Tesla is constructed on good will. Elon Musk has stated several times he is afraid of the world to come, that eventually when we run out of fossil fuel we will be left with nothing. Because of this he has devoted his work to renewable energy, not just with rechargeable cars, but with high powered batteries, and solar energy. All of these things fall under the scope of Tesla, and a key factor in determining whether or not they are motivated by good will is by looking at the financials. Tesla reported ~$670 million loss in 2016. Clearly, with these numbers, Tesla and Elon Musk are not in it to make a fortune. The way Tesla's public relations handled the death of Joshua Brown shows that they have the utmost respect for their customers, and people in general. Creating a short excerpt in a blog to give an homage to Mr. Brown shows that they care, and have deep concerns for their drivers. Tesla creates a sense of a community with their cars, actively sharing posts by their customers on their twitter, to create a sense of unity. Hence, Kantian business ethics approve of how Tesla/Musk handled this situation.

The essence of virtue theory is to ensure a business acts ethically, portraying four distinct "virtues". These virtues include courage, honesty, temperance, and justice. If a company or organization follows these morals, then they are in fact acting ethically. Tesla had complete transparency with the media, it's customers, and shareholders during this fatal incident. They admitted the autopilot did not recognize there was a truck perpendicular to their lane of travel, causing the accident that killed Joshua Brown. As soon as it was determined what caused the accident, Tesla put out a blog on their website giving a complete overview of the investigation. This also is courageous, because being 100% transparent could have negatively affected their reputation, and put them out of business. What is even more courageous is that Elon Musk and his team decided to do an overhaul of the current autopilot to make it even safer. During this time, the share value had dropped, and of course Tesla expected this. Even still, they remained headstrong, determined to make up for it. If anything had been learned from the accident, it was that the autopilot system had its flaws, and the necessary corrections had been made, giving Joshua Brown the justice he deserves. In the sense of Virtue Theory, Tesla, Elon Musk, and their actions in response to the fatal accident were completely ethical.