Based on a paper written by John Krafick.  5/4/12
Summary by Stephen Nicholas 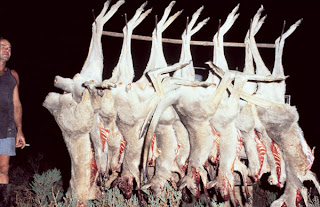 Adidas is one of the most known sports apparel companies in the entire world.  Founded in 1948 by Adolf Dassler, Adidas has continued to grow and is now second in the industry only behind the superpower, Nike.  What has made Adidas so successful is the vast majority of sports that Adidas produces apparel for.  A few of those sports are Running, Soccer, Football, Golf, Tennis, Baseball, Basketball, Cricket, Rugby, Field Hockey, Lacrosse, Gymnastics, Skateboarding, and Swimming.  Adidas has been a leader specifically in the sport of Soccer, by producing some of the best performance and fashionably cleats.  In 2007, Adidas may have taken the option to create the best performance cleat a little too far.  By hiring a company in Austrailia, Adidas paid to have Kangaroos killed just to use their skin for their new leather cleats.  These cleats can increase players overall performance because the Kangaroo leather is lighter but also adds support and gives a better feel.  How Adidas has been getting the skin for these cleats has caused the controversy they now face.  This hired company that has been collecting the Kangaroo skin has used incredibly inhumane ways to kill the kangaroos such as, hitting them with cars and beating them with tools.   Lawsuits have been filed against Adidas by organizations such as VIVA (Vegetarians International Voice for Animals), and other awareness groups have tried to prevent people from purchasing the cleats.  The state of California then banned the sale of any product containing kangaroo skin.  Analyzing this story from different perspectives such as individualist, Adidas would be allowed to do whatever they can to maximize profits.  However, from the other perspectives of Utilitarians, Kantian, and Virtue theory would not agree with how Adidas has conducted itself.
From an individualists’ perspective, the company has the right to do anything they desire and to increase profits while staying within the law.  Adidas has done nothing wrong according to this perspective because they have not broken any laws and have the right to sell these cleats.  By selling a cleat that is lighter and gives more support, players can have an advantage on the field.  In my experience, if there is a cleat that will improve your overall skill in a specific sport, I’m going to want to buy those cleats.  Looking at it from Adidas’ perspective they are simply trying to maximize their profits.  These cleats have alone almost doubled their Soccer cleats revenue, so continuing to sell them is a great opportunity for Adidas to continue to grow and make money.
Utilitarianism is defined by trying to create happiness for everyone.  In this case it’s pretty clear to see that Adidas is not making everyone happy with their kangaroo cleats.  Organizations have formed just to prevent these cleats from being sold, and others have even filed lawsuits.  Adidas has made themselves and the stakeholders happy by increasing their profits, but if everyone isn’t happy then from utilitarianism would not agree with Adidas decision to sell these cleats.  Also, looking at it from the kangaroos’ perspective, I’m sure they aren’t happy about the cleats either.
The Kantian perspective is made up of four different key elements.  To always act consistently and rationally, Help others make rational decisions, respect everyone, and be motivated by good will.  Out of all 4 of these elements, Adidas is far from right on any of them.  Kant would disagree with Adidas because they are not respecting others which affects all aspects of this theory.  Organizations have told Adidas that their method of acquiring the kangaroo skin was inhumane and needed to change.  Instead, they did nothing.

The fourth and final theory is the virtue theory.  This theory consists of four different virtues, courage, honesty, temperance, and justice.   Looking at this case strictly of how courageous Adidas is for these cleats is something they do agree with.  However, the second part of courage is taking a stand for the right idea and action.  They do not abide by this because they know there are more humane ways to acquire the kangaroo skin instead of the disgusting ways they are now.  Second is honesty, which Adidas is yet again not following to the full extent.  They are continuing their contracts with the company they use in Australia, and they are not deceiving people about their product.  Working with other companies has been their challenge with honesty.  They haven’t lied to the organizations trying to prevent the cleats, but they have continued to ignore them and have failed to change any of the points these organizations have filed.  Temperance is the third virtue which I don’t believe Adidas follows again.  When I first heard about the controversy, I did not expect the methods of how the company was working in Australia.  I expected the skin to come from kangaroos that have already died, not from killing them in such brutal ways.  The final virtue is Justice.  The key part of this virtue that Adidas misses the ball on is the fair practice.  Organizations such as VIVA have made it clear to Adidas about this and they continue to fail.  Adidas might continue to make a profit from these cleats, but as their reputation gets ruined by working in this unethical way, it will hurt them in the long run.