Based on a paper by Sara Martins 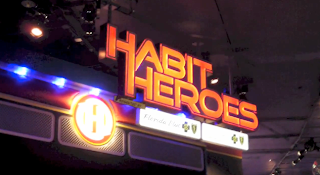 The Walt Disney Company, in February of 2012, created a new attraction called “Habit Heroes”. This new creation of Disney is an attraction at the Epcot theme park as well as an online gaming experience. Habit Heroes is about two heroes, Callie Stenics and Will Power, who fight villains with the help of the kids playing the game. The villains of this attraction are Lead Bottom, The Snacker, Control Freak, Drama Queen, and more. These villains have individually unique but equally bad habits such as eating too much, watching and playing a lot of TV and video games, and not exercising. The point of this attraction is to bring these bad habits to the attention of the children and their parents to help them steer clear from a “bad” life.  The initial reaction to the public was disgust.  Families that go to Disney were very offended at the fact that their children were being encouraged to fight overweight people just because they were overweight.  Children that happened to be overweight now felt self conscious and unwanted for who they were.  The families offended by this new attraction didn't feel like they were in the happiest place on earth. 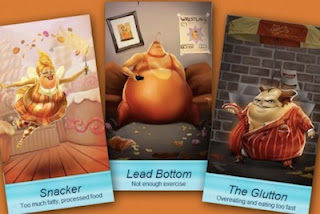 The actions taken by Disney violated the four ethical theories.  The Economic or Individualism Theory states that people high up in a company need to do everything in their power to satisfy the needs of profitability for their owner(s) and shareholders.  By continuing this attraction, more and more people will be offended and probably not return to Disney as long as Habit Heroes is up and running.  Less people at Disney World means less profit and that is certainly not caring to the needs of the owner and shareholders.  Utilitarianism is the view that one should do things to maximize happiness for themselves and for others.  Majority of the people who experienced Habit Heroes felt upset rather than happy.  The stakeholders during this experimental attraction were overweight children or adults, anyone who has habits that were viewed as "wrong" in the attraction, and relativity anyone working high up in the Disney Corporation.  The Habit Heroes experience reduced the happiness in the tourists and it reduces the happiness for the creators and Disney because it is shinning a negative light on the entire operation.  The Kantian Theory says that one should act rationally while making business decisions, respect people and help them make rational decisions, and to do these good things for the fact that it is the right thing to do.  By singling out a select group of people and villainizing them, they offended and disrespected their customers.  Disney appeared to be doing a good deed by trying to help people make healthier choices but they ended up just causing emotional damage.  The final theory that Disney violated was the Virtue Theory.  This theory states that one should do something in a virtuous and character-like way as well as abiding by the four virtues of courage, honesty, temperance, and justice.  Disney mad an insensitive game for kids that over exaggerated the personalities of the overweight characters in an offensive manner.  The game overall was far from the Virtue Theory and it ended up to just a an all around failure.  Disney needs to understand that this new attraction is doing more harm than good.  There are other, more sensitive, alternatives to addressing the public about healthier life styles than singling out a group of people.

These facts and analyses are based on an original research paper by Sara Martins, “Habit Heroes Controversy” (2012).