Based on a paper by Lydia Lefevre and Stephen Day

Apple has been a growing company in the technology industry for years now and has surpassed all others to become the world's most valued company in the industry.  Apple has not only changed technology, but changed the way people view it.  This company has helped to make technology a part of people's everyday lives.  The increase in Apple's success is due to its renowned customer service and its ever-growing demand for products.  As one can assume, with all of this success Apple has extremely large profits.  However, it is questionable whether these profits are made ethically. 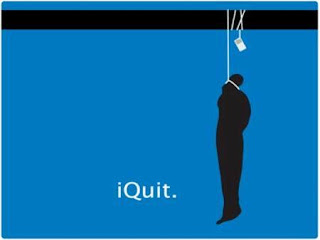 Apple made the decision to outsource and use Foxconn factories to produce their products, reducing costs.  However, the conditions in these factories, especially in Shenzhen, China (the focus of this case) are not suitable for the factory employees.  There have been a reported 12 suicides of workers from the factory in Shenzhen, China.  The allegations against Apple and Foxconn could be the reasons why these employees were driven to take such extreme measures.  This factory allegedly has underage employees, a poor management system, an unsafe environment, long work days (beyond the legal limit), and very stressful working conditions.  The stakeholders of this case include the workers in the Foxconn factories, Apple's management in charge of outsourcing as well as the entire Apple company, Foxconn, and all the families of these employees of both companies.  Also, it can even extend to Apple product owners themselves because they are receiving the finished product that was made because of these unsafe environments. 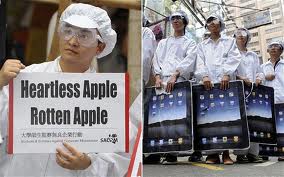 To determine whether this is an ethical way for Apple to make more money it will be analyzed by the ethical theories.  When looking at these ethical theories only one of the four agree that what Apple is doing is an ethical practice.  According to Milton Friedman's Individualism the goal for the company is to maximize their profit in order to increase shareholder wealth.  With the manufacturing and production of Apple's products being outsourced to save money, it is increasing the profit, and therefore increasing shareholder wealth.  In the eyes of Friedman, Apple's conduct is ethical.  On the other hand, the Kantian approach focuses on the rationality of a company and that they make good decisions for the right reasons.  Kant believed that you have to do the right thing, for the right reason, not for self-interest.  By this theory it is easy to see that Apple's practices are unethical in using factories in China with poor working conditions and making the laborers work illegal overtime.  According to Kant a business needs to do good for its customers and employees and have the right motivation for their actions.  The Formula of Humanity says to treat humanity as an ends and not just as the means, meaning Apple should be focused on how their products are being made in addition to how the final product comes out. Treating factory workers with unfair conditions in order to turn a larger profit is very unethical by reason of this theory.  It would also be considered unethical according to Utilitarianism.  This theory says that it is ethical to create the most happiness in you and in others.  Although Apple's management and stockholders may be satisfied with the factories in China because it makes them more money, the people actually working there are suffering greatly.  The last theory is the Virtue Theory, which focuses on the four virtues: courage, honesty, temperance, and justice.  The Foxconn factory completely violates two of the four virtues: honesty and justice.  They are not honest in the fact that they are breaking child labor laws and overtime regulation laws.  This is unfair to those employees who work there and are treated this way.  According to the majority of these theories, Apple's practices in using unregulated overseas factories are unethical and they should reconsider and find a more ethical way of doing business.  Although all of this controversy occurred, Apple's proifts continue to grow and it did not seem to impact its image.