Based on a paper by: Alyssa Chamberlain
Summary by Mayara Jordani 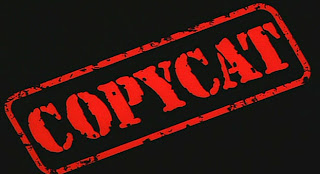 Steve Madden Ltd. is an American Shoe company that has become very famous over the past decade. It was founded in 1990 by Steve Madden and their goal was to design and sell women’s, men’s and children’s footwear in different countries including Asia, Canada, Europe, the Middle East and Australia. Steve Madden faced a difficult situation in 2009 and 2010 in getting their revenues up to high numbers. In 2009 and 2010, Steve Madden Ltd. had had a negative cash flow. However in 2011 the company was able to increase their numbers positively to an income of $36,679 thousand.
In 2009, Steve Madden was sued by French Couture House Balenciaga’s Lego shoe and Alexander McQueen’s ‘faithful’ bootie for creating similar versions of their shoes, however at a more affordable price. However, the rights to copying a designer’s clothing or shoe style are unclear in today’s market. Even though these rights are unclear, it does not mean that Steve Madden did not violate ethical standards. Under the Individualism theory and part of the Utilitarian theory,  Steve Madden Ltd. did nothing wrong. However, under the Kantianism theory, Virtue theory and part of the Utilitarian theory, Steve Madden Ltd. acted unethical. 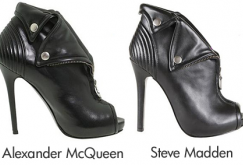 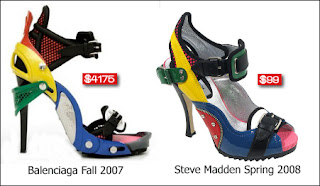