Dream Works Animations was founded in 1994 and has since then produced films, television shows as well as live performances and consumer products. Tropic Thunder was a movie released in 2008 which raised concerns about the repetitive use of the word retard throughout the film. The disability advocacy groups such as the special olympics criticized the movie for the repetitive and harsh use of the word retard throughout the film. Tugg Speedman is the character that is depicted as a retard throughout the film. Other characters said things to Speedman such as "You went full retard man... you never go full retard" (IMDb). The visibility advocacy viewed the use of the word retard in Tropical Thunder demeaning to those who are mentally disabled. It also raised concern about the increase in bullying of those who are mentally disabled. The word retard is a derogatory term for a mentally disabled person, and the repetitive and harshness use of the word raised a lot of criticism. Dream Works Spokesman said "The film is in no way meant to disparage or harm the image of individuals with disabilities. We have had productive discussions with representatives of disability-advocacy organization and look forward to working with them closely in the future" (Adler). None of the scenes were edited however Dream Works added a public announcement on the DVD film that discouraged the use of the word retard. And after a lot of complaints, Dream Works removed the website from the internet. 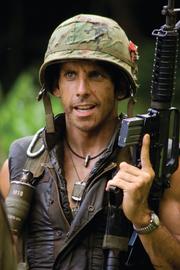 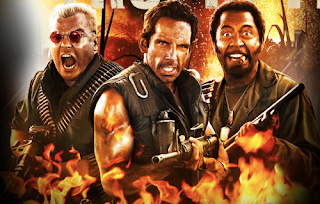 The criticism of Tropic Thunder surrounded a prosperous highly respected company with a lot of negativity. There are four ethical theories that will look at the intentions of the movie and see if what Dream Works did was ethical or not. Individualism is an economic model based off of corporate responsibility. It has one goal which is to maximize a companies profit. According to this model a company should do whatever it takes to maximize profits with out breaking the law. Following the ideals of this method, Dream Works did nothing wrong in producing the movie Tropic Thunder. The use of the word retard was a part of the plot that was intended to make the movie comical. Tropic Thunder made fun of the actors in the movie and was not intended to make fun of the people with a disability. However Tropic Thunder could have further maximized their profits if they had not offended so many people. I do not agree with the Individualistic view because I think there are other ways to go about maximizing profits without offending a large group of people, who had a justified reason to be offended. Utilitarianism is an ethical theory that states a business should maximize the overall good for the greatest number. According to this theory, Dream Works did not maximize the maximum good for the greatest number. First, the disability advocates were not happy with the production, but dream works was also not happy with the negative publicity that came along with the movie. Dream works was happy with the profits Tropic Thunder produced, but not the negative publicity. Therefore according to the Utilitarian model, Dream works did not achieve maximum potential of good. I agree that Tropic Thunder did not achieve the maximum potential of good and happiness for the greatest number of people. I think they could have entertained people with out offensively using the word retard.  Kantianism is an ethical theory that evaluates a persons actions based on the right motivations. Dream Works actions were not based upon good will or motivation, rather it was for the profits. Dream Works was not concerned with offending people, they wanted to produce a comical movie that would make them a high profit. According to Kantianism the repetitive and harsh use of the word retard would be considered unethical. The movie was not created from the right motivations and it also did not respect others. I agree that Tropic Thunder was created from the wrong motivations, it was not created to solely entertain people, it was created to entertain people in order to make the highest possible profits. The last theory is the virtue theory, which looks at making good decisions in life based off of character traits. The four main virtues of business are courage, honesty, temperance and justice. According to virtue theory Tropical Thunder should not have used the word retard in the context that they did. Dream works should have taken the right action and not used the word in a negative manner. Honesty is about treating customers with respect and Dream Works failed to  so because they offended many people. Dream works did take a risk by using a deragotory term to be comical, however this does not make them courageous. Courage does not offend a whole community, and use a word that already has negative meaning in a negative and comical way.  Temperance looks at having expectations and desires that are reasonable. It was not reasonable for Dream Works to expect that people would be accepting of the harsh and negative use of the word retard in their movie. Lastly Justice which is the hard work and quality of products and ideas. Dream works did achieve justice, although their movie was highly criticized, they did put forth a lot of work and ideas into the comedy. However the movie did not achieve high quality, as the use of the word retard negatively affected them. According to the virtue theory, Dream Works  in the end was not ethical, because their actions did not result in making good decisions. I agree with the virtue theory, Dream works were unethical in all four components of virtue theory mentioned above.