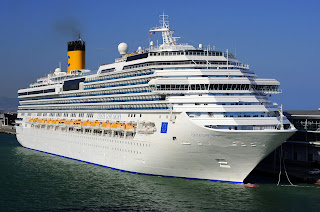 Based on a paper by Nate Greenwood
Summary by Nicole Stewart

Carnival Cruise Lines is one of the largest cruising companies in the world. There are 101 ships in all their fleets total. This is a global cruise line that cruises from many places including North and South America, Europe, and also many islands. The ships include all different luxuries including areas to shop, fine dining, gaming areas which include casinos but also arcades, 24-hour room service, and this is just some of the many things Carnival offers on board. Carnival also provides on shore excursions for their passengers. 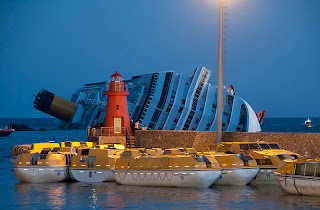 On January 13, 2012 captain Francesco Schettino took the boat off course and took it close to the Tuscan Island of Giglio, off the coast of Italy. The captain hit some rocks and ended up capsizing the ship around 9:45PM. It took an hour for the evacuation call to happen, this should have been done within 15 minutes of hitting the rock. The lifeboats were also not fully prepared for evacuation, many of them were stuck and took many members of the crew to try and get them down into the water. The captain also evacuated the boat prior to all the passengers, which is not what should have been done, the captain is supposed to stay on until the boat has been cleared of all passengers. There were a total of 32 deaths, some of these bodies were missing for many days before being found. Carnival's lawsuits were mostly in Italy due to where this wreck happened. Carnival paid out only what they were told to by the courts to those parties involved. 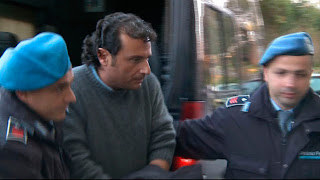 An ethical analysis of this case will be made using four ethical theories including Individualism, Utilitarianism, Kantianism, and Virtue Theory. The first theory is the individualism ethical theory. Individualism is when the company chooses to do what is best for them while being law abiding citizens. When looking at Carnival's actions, it disagrees with the individualism theory. After capsizing the ship a call should have been made right away for rescue crews. The call was not made until an hour later, which made this illegal. The second theory is the utilitarianism theory. In this ethical theory the business tries to maximize the happiness of the stakeholders.The stakeholders of this case include the captain and crew, the over 4200 passengers on the ship at the time of the wreck, Carnival Cruise Lines and its subsidiaries, the stockholders of the Carnival Corporation, and also family members of those who passed on the ship due to this wreckage. Carnival's actions disagree with this theory. Carnival did nothing to try and please their stakeholders. There were families who had to suffer the loss of someone in their family. Also the incredible amounts of stress that the victims of this capsizing had to deal with. The Kantianism theory has four parts including acting rationally, allowing rational decisions to be made, respecting peoples needs and differences, and to be motivated by good will. None of Carnival's actions agreed with this theory. They had life boats that were not fully available, they did not make a call about the boat sinking for over an hour when it should have been done within 15 minutes, they had to be brought to court and forced to pay out money to those involved in the wreck, and finally they clearly were not motivated by good will because anything that they gave to those involved were forced, they did not perform any of this goodness on their own. Finally there is the virtue theory for ethical behavior. The virtue theory states that there is action to help people live a fulfilled and happy life. There are a few reasons why Carnival failed to do this. They did not compensate the passengers as much as they could have. The captain allowed the sinking of the ship to happen for a long period of time, and then fled before passengers. Overall Carnival failed at being an ethical company to the stakeholders in this situation.