Based on paper by Michael Donahue
Summary by Mark Simmons 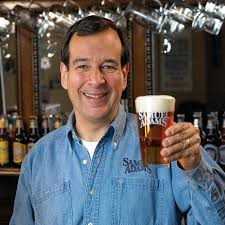 The Boston Beer Company was founded in 1984 by Jim Koch. Currently it is the second largest brewery in the United States and is listed 47th on Forbes list of best small companies. The company is known for the Samuel Adams brand which continues to use fresh ingredients and traditional complex brewing processes. The company is known nationwide and has continually grown their profits. The Boston Beer company announced on April 8th, 2008 that they were recalling an undetermined amount of beer, because it was discovered that glass particles were found in glass bottles made from a separate glass bottle distributor. In this case I’m going to carefully analyze the four normative theories: individualism, utilitarianism, Kantianism, and virtue.
Individualism is a business theory that focuses mainly on maximizing profit while not focusing on how a company’s decision can affect their client or the environment. This theory can be very profitable but often times ends up being the “achilles heel” of the company and can result in lawsuits causing the company to go bankrupt. In the case of the Boston Beer Company they didn’t use the individual theory because they immediately recalled the harmful product which resulted in them taking a large financial hit and also a 10% drop in their stock. 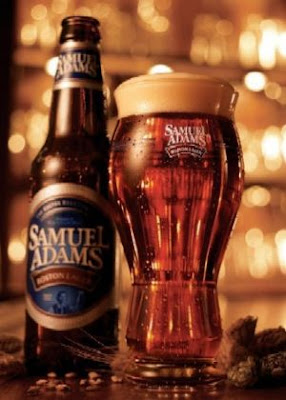 The utilitarianism theory says that happiness and pleasure are the only things of intrinsic value, and that we should bring happiness and pleasure to all the relevant parties. The Boston Beer Company was lucky because there were no serious injuries reported. Because the company recalled and refunded all the beer they were able be satisfied morally and also maintain their customer’s happiness. They may have upset their investors a bit because the stock dipped and they also had to spend money on the recall and refunds but in the long run it was the right decision morally and financially because after the recall the company has experienced continuous profit growth.

Kantianism is made up of four basic principles; don’t act inconsistently or consider yourself exempt from rules, allow and help people to make rational decisions, respect people, their autonomy, and individual needs and differences, to be motivated by good will, and seek to do what is right, simply because it is the right thing to do. Boston Beer Company didn’t consider themselves exempt from rules, they acted professionally and fixed the problem immediately. For this principal the company’s top executives made the right decision by forking up the money to allow the customers to get refunds. The third principal included in Kantianism is to respect people. In this case Boston Beer Company did just that, they didn’t bully their bottle distributor and didn’t deny the allegations. Instead the company received a fair compensation from the bottle distributor, and respected their customers by recalling and refunding the bottles. The last principal Boston Beer Company performed perfectly. In this case the company didn’t hesitate to do the right thing. When the problem was discovered they immediately recalled the product and began to allow refunds simply because they knew it was the right thing to do.

The virtue theory consist of four main virtues; courage, honesty, temperance, and justice. Courage and honesty are the two main virtues Boston Beer Company displayed in this case. The company courageously took a stand and owned up to the problem. They also showed honesty because they didn’t hide or make excuses about the problem. Another important aspect the company showed was temperance, the consumers have an expectoration to not be drinking glass out of their beer, and when the problem was discovered Boston Beer Company fixed the problem living up to their customers’ expectations. The last part of the virtue theory is justice, to work hard, make quality products, have good ideas, and to have fair practices. In this case the bottle distributor could’ve worked harder to ensure that their product was safe, but in the case of Boston Beer Company they worked hard to fix the product and continued to provide a quality product.

http://blogs.wickedlocal.com/massmarkets/2011/05/12boston-beer-co-finally-settles-up-its-tab-with-manufacturer-that-supplied-defective-bottles-#axzz1sAOSgxjX
Posted by Unknown at 3:59 PM