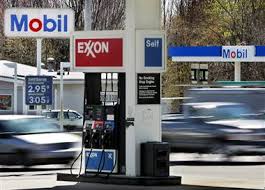 Exxon Mobil was created in 1999 when Exxon and Mobil agreed to merge to create one company. Following the merger Exxon Mobil rapidly grew making it the largest privately funded oil company in the world. Although Exxon Mobil as unified brand name is unfamiliar to some, many people recognize their brand to gas stations that include: Mobil, Exxon, Esso, Mobil One Oil, and Speed Pass. In 2010 they were the number one profitable company earning a profit of 30,460.00 (in millions). Exxon Mobil's main products are petroleum and gasoline and they operate worldwide, owning refineries to drill and pump crude oil all across the world. Business they conduct has a market with over 200 countries across the globe, they are responsible for employing 100,000 people across the world as well. Exxon labels themselves as a "Environmentally Friendly" company, they state that they hold "commitment to high ethical standards, legal compliance, and integrity is reflected in our safety and environmental policies and practices worldwide." Exxon Mobil also states that their efforts in decreasing emissions from operation while also reducing emission from the final users of the energy they supply. This pitch is the reason they landed in hot water and have many ethical questions surrounding the company.

It can be argued that Exxon Mobil ran advertising campaigns that were misleading. In 2007 Exxon Mobil was accused of lying to the public when campaigns were run claiming the company was environmentally

with the ongoing concern about global warming, claiming they were taking steps to lessen their carbon footprint in the ongoing crisis. This problem occurred when Exxon Mobil released commercials that stated they were aware of the problem and they were taking the proper steps to help prevent global warming. These commercials were very short lived and were removed quickly after questions arose from the advertisements.An alarming fact throughout this scandal was the high suspicion as well as evidence claiming Exxon Mobil paid millions of dollars to scientists and lobbyists to lie about the human impact on global warming. They allegedly paid off scientists claiming CO2 emissions are not polluting the environment. The campaign slogan within these advertisements was called "Carbon Dioxide:they call it pollution, we call it life!" These advertisements were run from May 14 to May 28. The company Exxon Mobil chose to run these ads was Competitive Enterprise Institute (CEI). It was later discovered that Exxon Mobil paid CEI $270.000 in 2004 with a major of the expenses focused on the global climate change. Since 1998 Exxon Mobil has paid them $1.6 million. The funding of CEI from Exxon Mobil bring up many questions about the ethical behavior of Exxon Mobil. Looking in from Exxon Mobil's point of view they tried to argue that carbon dioxide is not a pollutant and that it is "essential to life; we breathe it out, plants breathe it in, it comes from animal life, the oceans, the earth, and the fumes we find it in. The fuels that produce CO2 have freed us from a world of back breaking labor, lighting up our lives, allowing us to create and move the things we need, the people we love". Another ad Exxon Mobil produced used the glaciers in Greenland as and example, claiming that they are actually growing and not melting. Although it could be proven that the glaciers are actually growing, there is no proof that CO2 emissions are not a negative effect on the problem of global warming.  Although CO2 is essential to the world we live in today, Exxon Mobil can be charged with false advertising claiming it is not a pollutant all together since the definition of a pollutant is something that contaminates the environment. When fossil fuels burn CO2 emissions increase and it has been proved that these emission negatively effect sea life, these facts make it clear that high CO2 emissions should be labeled a pollutant. 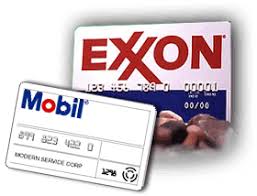 The stakeholders that are affected in Exxon Mobil's unethical behavior include all the people that were negatively impacted based on the false advertising actions as well as the environment and the negative impacts Exxon Mobil effects and all organisms within the environment. Exxon Mobil also has a part as stakeholders for this crisis including all of their employees world wide.

When dealing with ethics it is very hard to determine someone completely unethical depending on what view of ethics you base it off of. Three of the primary ethical views include: Individualism, Utilitarianism, and Kantianism. Individualism explains the rights of the business, Utilitarianism seeks to maximize overall happiness, and Kantianism understands ethical action in respect for people's ability to make rational decisions. After reading all the evidence Exxon Mobil based their ethics off of the Individualism approach, they were looking to maximize profit for the company and the stockholders. This method although it is easy to look at things based on how profitable the company will be, it ignores the fact that you may be harming others just to make a quick buck.Utilitarianism looks out for maximizing overall happiness. If Exxon Mobil was looking to follow Utilitarianism they would search for alternatives that are much more environmentally friendly and they would not need to create false advertising to hide their tracks. I believe that it is clear to call Exxon Mobil unethical based off these views. Exxon Mobil had no intention to follow Utilitarianism since they were not out to seek overall happiness in all those who were stakeholders in their products.When dealing with Kantianism,it is very open to interpretation, it is hard to determine if Exxon Mobil can be declared unethical based off of Kantianism ethics since everyone has their own views as to what is rational.Although they used false advertising in their campaigns it could be argued that they were looking into evidence that they believe to be true. The hard part to judge is the fact that climate change is a very popular topic in the press today as we all should be trying to minimize our carbon footprint, Exxon Mobil not only tried to argue that their products were not as harmful as what some other researches believe but they used lies to campaign it. Exxon Mobil came out looking very unethical after these accusations. Not only did they use misleading advertisements but they also tried to cover it up by paying off scientists to claim what they were doing was actually not harmful to the environment when in fact their is no evidence to prove their claim. Businesses need to be careful as to how they conduct their operations, questions of unethical behavior can cause a huge negative impact on a company, if people feel as though they are being mislead or treated unfairly they will most likely take their business elsewhere.