Based on a paper by Adam Knapton
Summary by Nate Russell 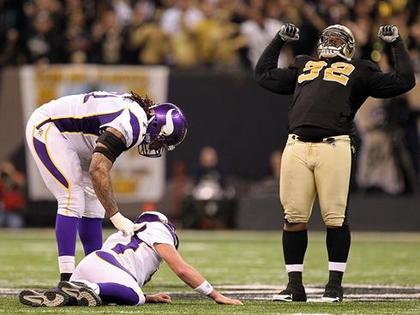 In 1966, the New Orleans Saints became the 16th franchise to establish themselves in the National Football League, and have continued to be a staple to this day.  The main ingredient to the Saints' success as an NFL team and business entity has been the support and enthusiasm of the city in which they operate.  New Orleans fans are perhaps some of the most passionate and loyal fans in the game; one would be hard-pressed to find fans more highly invested in their team than New Orleans Saints fans.  In 2005 when Hurricane Katrina devastated the city of New Orleans, the Saints made national headlines when they took to the streets and helped the city and its occupants, their fans, recover from the natural disaster.  This genuine show of support by the team garnered them respect from a wide range of audiences.  The New Orleans Saints were in the lime light and they rode the wave of attention all the way to their first Super Bowl championship in 2009.

In March 2012, the Saints public image took a terrible hit, and they went from being a team admired by all, to a team facing scrutiny and criticism from all directions.  It all happened when news broke, that the Saints had been running a bounty program amongst players and coaches for an extended period of time that included previous seasons.  The alleged system rewarded defensive players with cash prizes if they were able to knock a particular player on the opposing team out of the game; Saints players were being bribed to intentionally injure other players.  The NFL had witness accounts and various pieces of evidence that they claimed were strong enough to find the team guilty of the alleged actions.  Evidence in their possession included eye-witness accounts, sworn affidavits, and audio recordings.  One such recording was of the team's defensive coordinator, Gregg Williams, and featured him openly offering a cash prize for any player on his defense who could knock out a certain player on the San Fransisco 49ers during the NFC Championship game in 2009.  Other evidence pointed to this kind of bribery happening on many other occasions too and sometimes involving Saints players who offered to pay other Saints players. 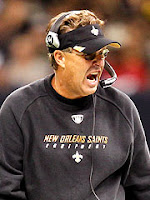 Appalled by the nature of the team's conduct and their barbaric intentions, the NFL handed down serious, and unprecedented punishments. The commissioner, Roger Goodell, first fined the Saints organization $500,000 and took away their second round draft picks for the next two seasons.  He followed that with suspensions.  The previously mentioned Williams, was suspended indefinitely for essentially playing ring-leader in the bounty program.  Head Coach, Sean Payton, was suspended for all of the the following season without pay and the assistant coach, Joe Vitt was suspended six games.  Suspensions even reached up the management chain when General Manager, Mickey Loomis, was handed his eight game suspension.  Although some of the staff members may not have directly participated in the bounty program themselves, they were disciplined for being competent bystanders who did nothing to stop or discourage the disgraceful operation.  Lastly, several players too were suspended for the following season for their roles and participation in the bounty program.

In all four phases of ethical theory, being Individualism, Utilitarianism, Kantianism, and Virtue Theory, the bounty system alleged to have been operated by the Saints football team can be considered highly, and without a doubt, unethical.

According to Individualist Theory, a business is acting within ethical standards when it makes profit for its stockholders, but doing so while pertaining to the laws of society and  respecting human rights. It is arguable that the Saints had profitable intentions; if they could knock out an opposing star player, their chances to win would improve, and with more wins comes more fan satisfaction, as well as a chance to play more games in the post season.  Profit-based intentions would be considered ethical under Individualism, if they were carried out according to the standards previously mentioned.  However the actions carried out by the Saints were both illegal and harmful to humans rights.  The NFL states that any payment for plays such as interceptions, fumble recoveries, and injuring opposing players is strictly prohibited.  The Saints did pay.  The NFL also expects that each player has the right to play to his utmost potential without the threat of being targeted or intimidated.  The Saints did take this right away from players by issuing prize money for causing injuries.  Individualism Theory shows the scandal to be exactly what it is, unethical.

According to Utilitarianism, an action is deemed ethical if it promotes all-around happiness to all parties affected.  Happiness is the only thing of intrinsic value in the minds of Utilitarians.  It's simple.  Although coaches of the Saints may have been happy to hand out money to make their players play more aggressively, and those players may have been happy to have the temptation of a little extra cash, not everyone shared their jubilation.  The targets of their bounties certainly could not be happy as a result of this.  To find out that there was a price on your head and that men were coming at you with full intention to injure you in a game that is supposed to be fair, is surly discomforting.  A feeling of discomfort is the antithesis of happiness and therefore Utilitarianism deems the Saints program, unethical. 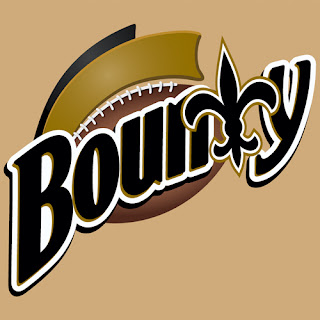 Kantianism is based on the values that ethical activity is only possible when the acting party conducts them self rationally in the goings-on of society.  A business entity should never consider itself exempt from the rules. People, their autonomy, and their individual needs and interests must be respected in order for any activity carried out, to be considered ethical by Kantian philosophy.  Based on these premises, the Saints bounty program is clearly unethical.  Coaches, players, and management who were bystanders obviously approved of the team's actions and therefore felt entitled and exempt from clearly stated NFL rules.  Also, by paying players to intentionally hurt others, the Saints were not respecting any of those targeted players' interests.  Again, the Saints bounty program is deemed unethical.

Virtue Theory is based on four virtue characteristics.  If a business entity acts in a way that fits the four characteristics, it is therefore acting ethically.  The four virtue characteristics are courage, honesty, temperance and justice.  The courage characteristic represents an entity's willingness to take chances, and to stand up for what is right.  The honesty characteristic represents an entity's willingness to be truthful with the public and all other parties involved with and affected by the business activity.  Temperance represents the ability of the entity to set realistic expectations and justice represents hard work and fair practice.  While implementing this bounty program, the Saints demonstrated NONE of the four characteristics of a ethically sound organization.  Courage? No; the Saints did not stand up for what is right, but instead opted to knowingly break NFL rules in order to further their chances of winning.  Honesty? No; the Saints hid their bounty program from the public eye because they knew what they were doing was illegal.  It took a "whistle blower" to come forward and testify against the team for the scandal to surface.  And clearly there was no thought given to justice, as nothing about the bounty program was fair.  Based on Value Theory too, the Saints are deemed unethical.

The Saints Bounty scandal is 0-4 when held up to different ethical theories which simply goes to show that the actions taken by them were without a doubt, and conclusively, UNETHICAL, no matter what angle one chooses to look at it from. 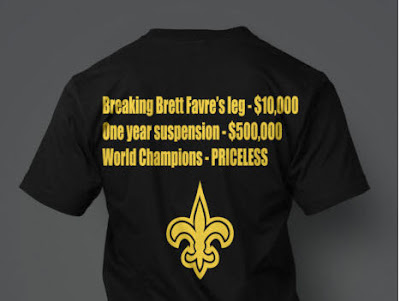 These facts and analyses are based on an original research paper by Adam Knapton, "New Orleans Saints" (2012)