Based on a paper by Matthew Collaro, "British Petroleum Explosions at the Texas City Oil refinery"

British Petroleum (BP) was founded in 1866 and is now
among the largest distributors of oil and gasoline in the world, as well as the single largest in North America.  They operate in over 30 countries worldwide, refining an average of 2,352 of barrels of oil per day.  In recent years, British Petroleum has had some serious incidents in which some of their employees have been injured or even lost their lives.  The first happened in March of 2005, when a refinery in Texas City underwent a series of explosions killing 15 and injuring 170 people.  This explosion was caused by the overuse of machinery when the employees filled the holding tanks beyond maximum capacity.  The combination of the overfilled tanks and the additional stress put on the machines because they were being overused caused them to start leaking.  When an employee left his truck running nearby, the highly flammable spilled liquid eventually reached the truck and caught fire once ignited by the truck.  This led to the tanks exploding and causing a fire. Then in 2010, BP had an oil spill in the Gulf of Mexico which to millions of dollars in damage as well as killing wildlife and polluting the water. 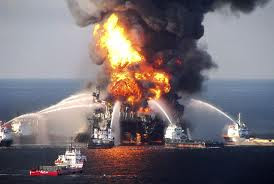 The individualistic business theory states that the only obligation for a company is to make a profit.  The reason for the first series of explosions at a BP facility was because they were overfilling their machines and running them until they overheated.  Although they were doing this because they wanted to make more money quicker, an individualist would disagree with this because this practice would eventually cause the company more money than they make.  BP took responsibility for this incident, which led them to have to pay for all of the damages as well as suffer the repercussions from the negative impact it had on the company.  In order for a company to maximize profits, they must keep their employees safe to keep running the business as needed.  Once there is a bump in the road, the company's profits start diminishing like it did in this case.

The utilitarianism theory states that a company should keep happiness to themselves and happiness to others at a balance.  Neither one should outweigh the other.  The two parts that make up utilitarianism are egoism (maximizing happiness in the business) and altruism (maximizing happiness in others).  Obviously, since there were lives lost and injured in the explosions, happiness for the company and everyone else was certainly not maximized.  Although BP was trying to keep that equal balance between the two by maximizing profits for the company, and producing and distributing the oil for the consumers, they did not do a good job because they took it too far tipping the scale towards them.  The employees of BP would be considered the stakeholders in this situation because the company they work for is getting a negative reputation after the incident.  The employees end up losing happiness because their company gets impacted negatively, which reflects on them.  The other stakeholders, the customers, also lose happiness because they lose trust in the company for their irresponsible behavior.  Customers want to support a company they can trust and these explosions made the company look careless and irresponsible.

There are four parts to the Kantian theory of business.  They are that businesses should act rationally, help others make rational decisions, respect people, and make decisions based off of goodwill.  In the case of the BP explosions, BP respected others because they took full responsibility for the accident and didn't put the blame on someone else.  On the other hand, the business did not act rationally because they knew they were using their equipment past its maximum capacity and overfilling the tanks to try to get more accomplished in a shorter time period.  For this same reason they did not make decisions based off of goodwill, but rather to make more of a profit, which does not support the Kantian theory. 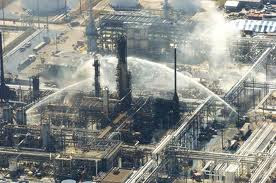 The Virtue Theory states that in order for a business to function properly, they must obey virtues such as honesty, courage, justice, and self control, to name a few.  From the virtue theory point of view, BP made many ethical violations.  For example, upper management could have put an end to the over usage of the machines and the overfilling of the tanks, but instead they chose to keep quiet about it because it led to them taking in more money.  This shows upper management was not honest with the public about how they ran their company.  Also, there were financial settlements with the families who lost loved ones or who were hurt to "ease the pain" that BP brought.  Money in no way can bring back anyone but that was BP's way of trying to make up for their mistake.  a Virtue Theorist would not approve of BP's actions in this case.


These facts and analyses are based on a paper by Matthew Collaro, "British Petroleum Explosions at the Texas City Oil Refinery" (2005).