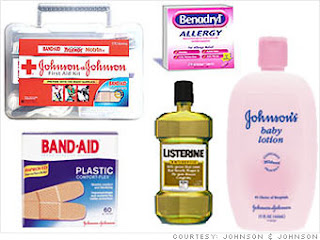 Based on a paper by Wyatt Hogan, Ashley Faas, and Adam Gatz
Summary by Abigail Couch

Johnson & Johnson was founded in 1886 by Edward, Robert, and James Johnson. J&J is the largest manufacturer and distributor of health and pharmaceutical products and services. In 2010 the company had a total revenue of $61.8 billion. They are based in New Brunswick, N.J. but have over 250 private subsidiaries in Europe and employ more than 110,000 people worldwide. J&J has a very long history that includes a loyal customer base and honorable track record, at least until 2007 when an internal auditing group discovered discrepancies on the company's balance sheet that landed the company in court.

Johnson & Johnson was looking for ways to expand and maximize their profits but they went about it in the complete wrong way. Instead of taking legal steps to encourage European physicians to utilize their products, they resorted to bribery and incentives. Through the use of these incentives and bribes J&J organized contracts with several European doctors to promote and use J&J products. They also purchased two subsidiaries in Greece and Romania knowing they were involved in bribery and  paid kickbacks to Iraq to obtain 19 contracts under the United Nations Oil for Food Program. Over the course of eight years (1998-2007) J&J collected $3,515,000 from Romania, $4,348,000 from Poland, and $24,258,072 from Greece. In order to hide this, the accounting department at J&J claimed the payments as commission on their annual financial statements.After a unidentified whistle blower brought the issues to the public eye, the U.S. brought J&J to court for their violation of the Security Exchange Act of 1934. It states that a business cannot illicit payments to foreign officials for promise of future contracts or business. In 2011, Johnson & Johnson agreed to pay $70 million after admitting they bribed doctors in Europe and paid kickbacks in Iraq to win contracts and sell drugs and artificial joints. The stakeholders for this case include corporate management, european medical doctors, patients, and stockholders.
According to all of the following the ethical theories J&J did make some fitting choices in regards to their business and profits, but because they disregarded the health and welfare of the customers for their own benefit they did not act ethically according to the criteria.
The theory of individualism accepts the pursuit of profits and maximization of shareholder wealth, but it is also noted that the methods of pursuit must be within the constraints of the law. Not only was J&J interested in profit and maximum shareholder wealth, but the company was also concentrated on maximizing their market share in European markets. Decision makers within J&J's corporate management were aware of and approved of these actions and chose to do nothing about it because of the amount of revenue it generated. The profits received from their actions were earned in violation of the SEC Act of 1934. Because their actions were not within the constraints of the they were unethical. 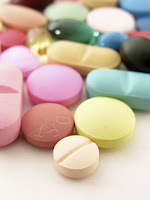 According to the Utilitarian theory, the goal is to maximize happiness for all parties involved. There is no denying J&J was happy with the profits they were earning, the sales they were making, or the long-term contracts they set-up. But that is not maximizing happiness for all, that is maximizing happiness for them, and only some of them. Do other employees of the company benefit from it too? The European doctors probably didn't have a problem with the incentives they were being given. Their main goal was profit and in order to profit they had to sell more J&J products, even if it was not in the best interest of the patient. Therefore the company did not maximize patient happiness and could have potentially put some at risk in the event that their treatment was improper. Shareholders may have been happy at first but when the stock priced declined as the lawsuit progressed their happiness slowly declined. In the end, not all stakeholders' happiness was increased and therefore the company was unethical.
Kantianism states that one must do what is right because it is the right thing to do, so basically just act ethically or morally. J&J did not have an ethical motivation for all parties involved. They had a selfish motivation to put more money in their pockets. The company exploited patients in Europe  for profit because of the way they affected the rationale of the doctors through the use of their incentives. By affecting the doctors' rationality J&J violated the formula of humanity, further confirming that their actions were unethical.
The virtue theory is an ethical theory in which character traits and habits are key in developing into a person who will think and act ethically. These traits are defined as virtues and the opposites are known as vices. The four main virtues are courage, honesty, temperance, and justice. The four main vices are rashness, deceit, self-indulgence, and unfairness. J&J  management was courageous in the goals to obtain more profits, but was cowardice in the way they went about it. They did not practice justice or honesty since they broke the law and lied, and showed very little temperance through the money hungry choices they made. The doctors are just as guilty as J&J and in just about the same ways. Because of their actions and choices, according to the virtue theory the actions were unethical.

All in all, there is not much an opposing argument available to ethically defend the actions of Johnson & Johnson's corporate management. The saying is, what goes around comes around, and ultimately the choices J&J made came back around in the form of a $70 million lawsuit settlement that left the company's named bruised. Acting ethically will most likely not land you in a mess as big as the one J&J was left with because of their unethical behavior. There is a reason ethics is part of business, some people just have a hard time looking past the dollar signs to see it.


These facts and analyses are based on an original research paper by Wyatt Hogan, Ashley Faas, and Adam Gatz, "Johnson & Johnson: European Medical Kickbacks" (2011)