Based on a paper by, Andrew Leoni
Summary by, Dominic Gemmiti

The Ford Motor Company, a proud American automobile manufacturer located in Dearborn Michigan was founded in 1903 by the creator of the assembly line, Mr. Henry Ford. Starting off with the Model T the company has grown into an over 20 billion dollar worldwide organization, with over 160,000 employees. Ford has done an excellent job moving beyond the model T with their creations over the years. Ford has built a very reputable name for themselves and is known for their high quality and durable line of cars and trucks, they have made some mistakes though, for instance deteriorating fuel tanks that clog the fuel system. Ford has conquered the automobile industry and taken over the number one spot for automobile manufacturing in America, and the fifth largest worldwide. With such a large company, not just nationwide but worldwide there are mass amounts of decisions to be made within the company, and as ethically as possible. One situation Ford was involved in that raised some eyebrows was the lack of responsibility taken by Ford when they discovered a faulty coating was used on the inside of their F and E series vehicles. From the year 1999 until 2008 the coating used to seal the inside of the fuel tanks of Ford’s F-series pickup trucks and E-series van would flake off the tank, clog the fuel system of the vehicle and prevent fuel from getting to the engine causing the vehicle stall or stumble putting the driver in a dangerous situation on the road. When Ford discovered this issue in 2007 they reacted by sending a secret memo out to all their dealerships informing them of the problem and instructing them not to notify customers with a recall and not to fix any vehicles affected by this default for free. By March of 2012 a law suit was filed regarding the flaking fuel tanks. Considering thousands of customers were affected by this issue we shall use the four major ethical theories do decide whether Fords lack of action was ethical or not. Even though non of the four theories agree with Fords decision, it will still be beneficial to look at the decision from each of the four theories point of view.

Based upon the individualism theory that the only goal business is to maximize profit while keeping peoples individual rights in mind Fords decision to keep the faulty gas tanks a secret in unethical. By Ford concealing the fact that they were using/used faulty gas tanks is not making the company any money, or increasing profit in any way, if anything Ford will lose money in the long run due to legal fees and being responsible for fixing the vehicles. There are no future monetary benefits from hiding the defective gas tanks for neither the company itself nor the stake holder therefore from an individualistic standpoint Ford’s decision to withhold information was unethical.


If analyzing Ford’s decision using the utilitarian theory it would also be considered unethical. The utilitarian is concerned with maximizing the overall good for the greatest number, basically making everyone affected by the situation happy. In this case Ford did not bring happiness to any party involved; the company itself had to deal with legal issues and the thought that they were putting some of their customers in a dangerous situation if their vehicle were to stall because of a clogged fuel system. The customers also were not happy because they were being lied to and Ford never made good for their faulty product that could potentially be dangerous.


When looking at Ford’s decision from a Kant’s point of view what they did was unethical. Kantianism states that our ethical duty is to treat people with respect and treat them as an end and never as means only. Ford clearly disrespected their customers by concealing the fact that some of their vehicles gas tanks were faulty, even if they did not know right away (these faulty takes were in production from 1999-2008) they should have informed all stakeholders instead of sending out the secret memo to dealerships only. Not only did Ford keep it a secret they also refused to fix the problem. Ford was clearly viewing their customers as means of producing income and not as an end of customer satisfaction, with no customers they won’t be any business. Because of the lack of respect shown to the customers by Ford a Kant would declare their decision unethical. 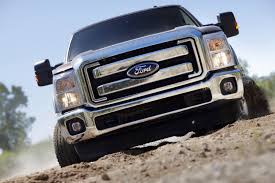 The final theory is the virtue theory; in order for a decision to be virtuous it must meet all four virtues, which are courage, temperance, justice and honesty. Ford clearly ignored all four of these virtues when deciding what to do with their faulty fuel tanks. Ford showed no courage in their decision; they did not stand up for what was right no matter what the risk was, they kept a serious issue from their valuable customers. Ford also lacked temperance; their goal of keeping the faulty tanks a secret was very unreasonable. Justice and honesty were also left out, Ford acted in an unfair and untruthful manor by keeping secrets from their customers and refusing to fix the problem even though it was putting people at risk. Based on this theory Ford was not virtuous and extremely unethical.
These analyses and facts are based upon the original paper by Andrew Leoni, "Ford sued over faulty fuel tanks" (2011).

Posted by Dominic Gemmiti at 8:58 PM