Based on Paper by Mark Simmons

Founded in 1972 by Ted Arison, Carnival Corporation is now the worlds largest cruising company representing ten different cruise brands throughout the world. Currently Carnival Corporation has 100 vessels and accounts for 24.1% of the worldwide market share. In 2011 Carnival Corporation earned $15.8 billion in revenue and a net income of $1.9 billion. This company has proven to be extremely successful but in recent years has come under intense scrutiny, because of several alarming events. The first event occurred on April 27th, 2011 on the Carnival Sensation when a 17yr old girl accused crew members of inappropriately strip searching her. The second event occurred on January 13th 2012 when the Costa Concordia struck rocks, ran a ground and eventually capsizes killing 32 people. The final incident happened on February 10th 2013 when the Carnival Triumph with 3,143 passengers aboard suffered an engine room fire leaving the ship adrift in the Gulf of Mexico for five days. In this blog I will analyze this case using four different ethical theories: individualism, utilitarianism, Kantianism, and virtue. This blog will point out what Carnival Corporation has done wrong and why it is important to take notice of their negligent errors. 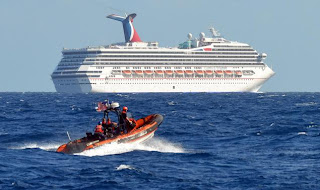 The normative theory of individualism is to maximize profit for the owner or the shareholders, but to also do so within the constraints of the law and human ethics. In the case of the Carnival Triumph it is very evident that Carnival Corporation highly endorsed individualism. The reason individualism endorses this example so much is because Carnival Cruise had noticed prior to the voyage there were maintenance problems that should be addressed but instead chose to ignore them in hopes of saving money. Carnival Cruise never intended to put their passengers in “harm’s way” but by ignoring the signs did just that. If Carnival Cruise had just addressed the problems immediately they not only would’ve been dealing with a drastically smaller problem but would also be saving money. In all fairness Carnival Cruise never broke any laws and no passengers were hurt but in the long run Carnival Cruise hurt themselves more by ignoring the small problems.
The utilitarianism theory states that happiness or pleasure is the only things of intrinsic value. The goal of utilitarianism is to maximize the overall wellbeing of society. In order for Carnival Corporation to be maximize happiness they need to provide a quality trip with extremely low chances of any interruptions so the passengers know that their money is well worth being spent. In the examples of the Carnival Sensation and Costa Concordia both errors were within Carnivals control. When Carnival Sensation employees stripped searched the 17yr old girl they did so unethically and unprofessionally. Had these employees been properly trained to handle this situation this incident could’ve been handled properly with minimal disruption. In the case of the Costa Concordia there is evidence showing the caption of the ship steered too close to shore, and once the ship began sinking passenger’s claim the employees aboard the ship did not know the right safety procedures and added to the ciaos. These examples show Carnival Corporation is not endorsing Utilitarianism, because if they did they would’ve had their employees properly trained, nearly avoiding both of these incidents. 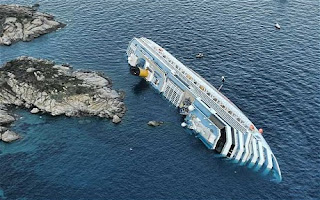 Kantianism is based on four different principles. The first principle is to act rationally, the second is to allow and help people make rational decisions, the third is to respect people and their autonomy, and individual needs and differences, the last principal is to be motivated by good will seeking to do what is right because it is right. To summarize Kantianism is a duties theory, and simply put one should always have the best intentions and should always do what’s good because it’s the right thing to do. Carnival Corporation does not seem to endorse Kantianism. Had they followed the Kant way all three incidents could’ve been either avoided or drastically reduced in severity. In the case of Carnival Sensation, it was out of Carnival Cruises control to prevent the teen from bring the weed aboard but when it became necessary to search the teen they could’ve gone about it in a much more professional manner. If the employees were trained to follow Kant they would’ve known having the teen strip in front of males was not the right thing to do. For the Concordia case Carnival Corporation should’ve properly trained the caption and employees for emergencies simply because they know it’s the right thing to have the passengers safety be the number one priority. In the last case of the Carnival Triumph this problem could’ve been avoided if Carnival Corporation had just invested in the necessary maintenance because they knew it was the right thing to do, instead of cutting corners to try and save money. 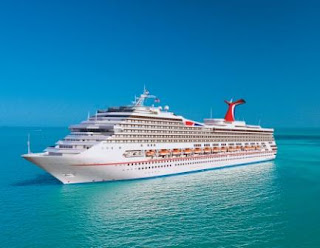