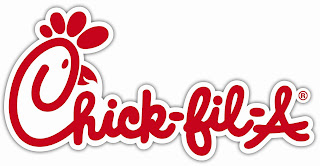 Chick-fil-A is a quick-service chicken restaurant chain located across 39 states in the U.S.  It is the second largest quick-service chain in the country.  It was founded by Truett Cathy in Atlanta, Georgia in 1967 and is most popular in the southern states.  The business takes pride in creating some innovations to the quick-service food industry mainly focusing on their strategic location methods.  The company also tries to be a family restaurant and has renowned Christian beliefs in its background.  This way of business has worked well for the company up until recently when the President of the company made some debatable remarks that sparked a controversy. 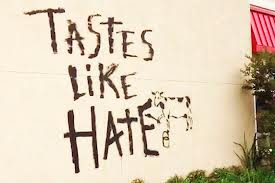 Recently the President and Chief Operating Officer of Chick-fil-A, Dan Cathy publicized his views against same-sex marriage and how the company has been donating money to anti-gay organizations.  These remarks have offended many individuals especially those of the lesbian, gay, bisexual, transgender (LGBT) community.  The comments have triggered rallies and campaigns against the company.  Some of these campaigns have led to the removal of restaurants located on college campuses and other areas that were highly influenced by the controversy.  The stakeholders in the case include management and employees of Chick-fil-A, their customers, and the community as a whole.
To determine whether this action is ethical or not it should be analyzed using the four normative ethical theories.  The first theory to be evaluated is Individualism which says that an ethical action is one that increases profit for the company as long as it is legal.  Milton Friedman says that it is most important for the company to maximize the amount of money for their stockholders.   In this case Dan Cathy essentially decreased sales because of the boycotts and rallies that took place against the company.  Also, they lost complete sales in the areas where the restaurants were removed.  Therefore Dan Cathy’s actions were unethical according to this theory because he lowered sales, in turn lowering profit and stockholder wealth. 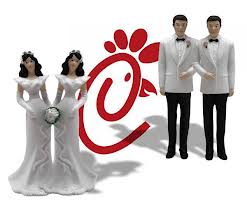 The next ethical theory used in the analysis is Utilitarianism.  This is doing the greatest good for the greatest amount of people.  The ethical action is the one that creates maximum happiness in the company and in its customers, employees, and all shareholders.  The controversy that took place with Chick-fil-A did not maximize overall happiness.  In fact, the case hurt many people and offended those who were affected by the subjective statements that Dan Cathy made.  This greatly lowered the happiness and did not do any good for those people, which makes this action unethical by the utilitarianism theory.
Kantianism is the third ethical theory that will be used to asses the case at hand.  According to Kant, it is a business's responsibility to do good for its customers and employees and its stakeholders in general.  Kant also says it is a business's duty to "respect people, their autonomy, and any individual needs and differences."  When Dan Cathy announced his opposition to same-sex marriage and equal rights he was thinking of only himself and not the valued customers or other employees of the organization.  In turn, by donating money to anti-gay foundations Chick-fil-A did not respect people or their differences, they singled them out and looked down upon them.  That act and notion is completely unethical by reasoning of this theory.
The last ethical theory that will be used in this analysis is the virtue theory.  This theory is based off of four main virtues that are essential to have in good business practices.  These virtues include courage, honesty, temperance, and justice.  Dan Cathy had courage in voicing his opinion, however that is the wrong type of courage in the business world because it hurt many people and had negative effects on the business.  He was honest in his statements, but that does not mean that they are right or should have been made for that matter.  Temperance was a virtue that was met by the company, yet justice was not.  Justice includes having fair practices and that was violated because the company was unfair in its judgement of individual's sexuality.  This means that the Chick-fil-A case would also be considered unethical by virtue theory. 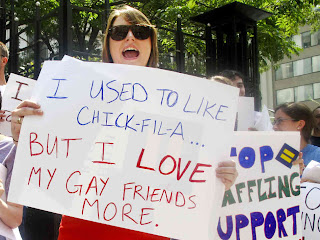 For Chick-fil-A to solve this problem the President Dan Cathy should issue a personal apology on behalf of the company.  Then the company should stop donating money to anti-gay organizations and cut all ties that they held with them.  By doing this the company would start to get back on the right track and hopefully create better ethics because of it.
Overall the statements that Dan Cathy made and the fact that Chick-fil-A was donating to anti-gay organizations was entirely unethical.  These actions were considered unethical by all four of the normative ethical theories.  Even without using the theories to analyze the case it is clear to see what happened in this situation was wrong by the amount of people it hurt.  In the end the company was not affected that much as far as sales figures are concerned.  They were hurt in the short run, but once all of the media died down about the topic the company had made almost a full recovery.
References