HSBC faces largest fine of its kind
Based on paper by Katie Eckert
Written by: Katie Eckert 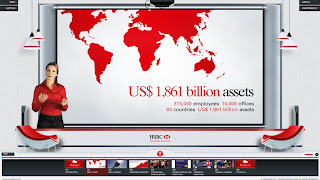 Staring out with one small bank HSBC grew into one of the world's most successful and largest banks. The bank was first opened in Hong Kong in March of 1865 with the help of a man named Thomas Sutherland. The bank now consists of four global businesses that include, retail banking and wealth management, commercial banking, Global banking and markets, and Global Private banking. These four global businesses serve 89 million people throughout 85 different countries and 6 different regions. HSBC's headquarters are located in London.
In 2012 HSBC was accused of money laundering through mexican drug cartel and other with possible links to terrorist groups. Money laundering is the process of covering up the proceeds of a crime so it cannot be linked to the wrongdoing. It was found that HSBC has been transferring $7 billion in banknotes from its Mexican to its U.S subsidiaries. Much of this $7 billion was drug related. Their failures also went as far as dealing with bank Al Rajhi in Saudi Arabia that was linked to the financing of terrorist groups. The bank failed to monitor $58 trillion of money moving across boarders and through their branches. HSBC now faces 1.9 billion dollars in fines and penalties that they have agreed to pay to avoid more serious consequences. The bank will be on probation for the next 5 years and need to make sure that they do not allow anything like this to happen again. If they fail to follow these conditions then the case can be reopened and criminal indictment can be charged. Under all of the theories which include, individualism, utilitarian, kantianism, and virtue, HSBC is not acting ethically. 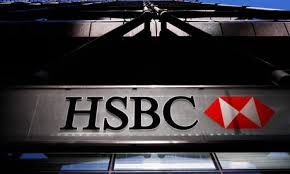 The individualism theory states that the most important thing is to maximize profit and maximize the well being of the company. However, they need to do so within the limitation of the law and peoples rights. originally HSBC intended to maximize their profits by allowing people to launder money through their bank branches and to make this go unnoticed. However they got caught breaking the law and ended up doing the opposite of maximizing their profits and the company's wellbeing. They ended agreeing to pay 1.9 billion dollars in fines, which was the largest fine to ever be imposed on a bank. Not only will they be losing  lot of money but they will also be losing the respect and trust of many people including investors and customers. This is definitely not maximizing the wellbeing of the company. Even though they were attempting to maximize their profits they were doing so by breaking the law which makes what HSBC did unethical by this standard.
The Utilitarian theory believes that companies should try and maximize the happiness of the majority of the people and their stakeholders. They believe that happiness is the most important thing. The stakeholders in the case with HSBC would be the employees, customers and investors of the bank. This theory tells us that we should be able to tell the ethical significance of any action by looking at the consequences. In this case if you look at the consequences you can tell that it is both unethical and the majority of the people are definitely not happy. They had to pay large fines, be on probation, and lost peoples trust. I think its safe to say no one would be happy with an outcome like this. The employees end up unhappy because many of them lost jobs and or bonuses, even people who have been with the company for as much as 20 years got fired or were forced to resign. Customers and investors were not happy because they trusted in the bank and the bank broke the law and was dishonest with many people. Once a company has that attached to them its hard to gain back trust and also get the respect of their new customers and investors. For all of these reasons the greater number does not end up happy and this scandal is not ethical by this perspective either. 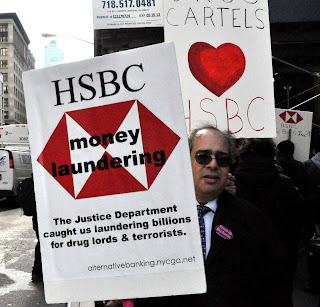 The next theory is the Kantianism theory. When talking about this theory there are four basic principles that are involved. These principles are that companies should act rationally, allow and help people to make rational decisions, respect people, and be motivated by good will. HSBC did none of these things. They acted very selfishly and did not make rational choices. It is clearly not rational to allow dangerous people such as drug dealers launder money through their bank. They were not thinking about all of the parties involved or what the consequences could potentially be when they chose to look the other way on this issue. Another part of the Kantianism theory is the three formulas that it consists of. These formulas include, The formula of universal law, the formula of humanity and the formula of autonomy. The formula of universal law states that companies should act only on the maximum whereby you can at the same time will that it becomes universal law. This law prohibits people from making exceptions of themselves. However, that is exactly what HSBC did. They knew money laundering was illegal but made an exception for themselves that is was okay to do so. Therefore this is another theory that HSBC would seem unethical according too.
The final theory is the virtue theory, This theory is all about values, virtues and character traits that a company should be run according too that will make their business run properly. There are four major virtues that go along with this theory. This virtues include courage, justice, temperance, and honesty.  HSBC showed that they did not have or use any of these virtues in a positive way in this case. They did the opposite. I guess in a way you could say they had courage because they let these things go on and they broke the law. However, they did not have good courage or courage to stick up for the right thing to do. This theory, like the previous ones would not agree with HSBC and would not accept them or think they were ethical. 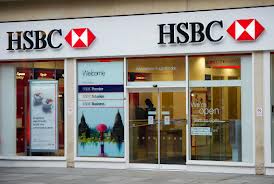 In my opinion I do not agree with what HSBC did or think that it was ethical by any means. They broke the law and allowed dangerous people to launder money. However I do think that it was respectable for them to apologize and take responsibility for their wring doings. They are taking to right steps to move forward in their business and make sure this doesn't happen again. They formed new management teams and spent extra money on improving their anti-money laundering systems. This goes to show that people and businesses can make mistakes but can also bounce back from them is they do the right things from then on out. This proves how far HSBC has come and how much they will continue to grow.
The action plan for HSBC is actually pretty simple. They allowed money laundering to go on through their bank. They will need to first apologize to the public and pay their fines as well as fire and hire new management teams that will run the company better and more ethical. HSBC's mission statement should be "Our mission is to be one of the biggest and most successful banks in the world, while continuing to grow and develop as well as doing so in a respectful and honest manner”. They should also have a set of core values that they run their company by. I think that these core values should be honesty, integrity, ingenuity and hard work. I believe if they follow both these core values and the mission statement then they will be very successful and be able to monitor future issues. If they do all these things and make the appropriate fires/hires and follow their main values then they will be able to ensure ethical productivity.