Under Armour and Maryland Recruiting with Shoe Contracts (2013) 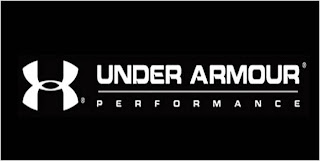 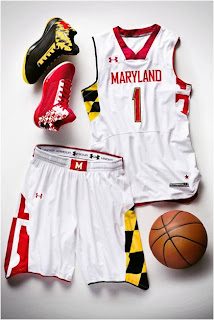 Under Armour is an American sports clothing and accessories company and was founded in 1996 by CEO Kevin Plank. Under Armour's global headquarters is located in Baltimore, Maryland and its European offices are located in Amsterdam's Olympic Stadium.  Additional offices are located in Denver, Colorado, Toronto, Canada, Hong Kong, China, and Guangzhou, China.  The company is a supplier of a wide range of sportswear and casual apparel mainly focusing on hi-tech sportswear for professional athletes. The company is the originator of performance apparel which is gear engineered to keep athletes cool, dry and light throughout the course of a game, practice, or workout.  Under Armour entered the footwear industry in 2006 (Under Armour).  “Under Armour's mission is to make all athletes better through passion, design, and the relentless pursuit of innovation. Every Under Armour product is doing something for you; it's making you better (Under Armour).”  The "we will" slogan is important as well to Under Armour.  “"Nothing is really God-given. You have to embrace the things you feel are important and work hard -- will it to happen. What I do know is that we have not yet built our defining product at Under Armour. We are not living in the past. Our larger competitors are 20 times our size. There is running room all over,” says Plank (Knowledge).”
Under Armour is attempting to expand further into the footwear industry by doing the same thing Nike and Adidas did 20 years ago and continue to do today.  The company is trying to sign conditional shoe deals with young, impressionable basketball recruits. The hope is that, after college, the recruits blossom into the next Michael Jordan, the company sells a ton of shoes, the player gets rich, and everybody's happy.  It would be a win-win for Under Armour and the player.  The problem with Under Armour's approach is that their relationships with colleges are, unlike Nike or Adidas, very limited.  The company only sponsors one college school, that being the University of Maryland. And as the Washington Post reported, the University of Maryland has found itself going off course ethically by enticing recruits to come play for the Varsity basketball program by offering the players an Under Armour shoe contract upon graduation (Dime Magazine).  The first such recruit propositioned was Lance Stephenson, who was the subject of the Washington Post’s story. People are concerned Under Armour CEO Kevin Plank is discussing footwear contracts with up and coming Maryland players because he has the ability to guarantee millions of dollars.  It's pretty questionable and shady of Under Armour and Kevin Plank.  This is a violation of NCAA policy because it is unfair to other colleges and universities that do not have access to these added benefits and incentives (Rivals). 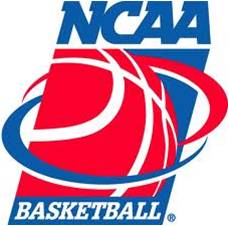 In business ethics, Michael Friedman’s Theory of Individualism states that a company’s first goal is to maximize their total profits specifically for the owner and the stakeholders within the constraints of the law and human rights (Salazar).  For the case of Under Armour, this theory would say that they are acting unethical because there is a violation of the NCAA when recruiting players with these types of perks.  However, Individualism would allow Under Armour to entice players to perform at a higher level by offering them a shoe contract once they decide to attend the University of Maryland.  This would potentially increase the player’s game in a legal way.  Also, after graduation or when they enter the NBA draft, Under Armour’s profits would increase because of the player’s better abilities. Again, this case does not follow the guidelines of Individualism because of the specific reason that Under Armour and the University of Maryland acted illegally through the rules of the NCAA (Rivals). 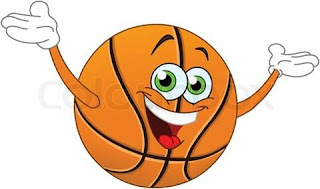 The Utilitarianism theory says that happiness is the only thing of real, basic value.  The main goal is to maximize happiness and minimize pain for all stakeholders because it increases the overall well-being of society (Salazar).  In the case, Under Armour, the University of Maryland, and the player are the main three stakeholders.  All three of their happiness will be maximized if and when their plan succeeds.  Under Armour’s profits will increase like stated above in Individualism, and increased profits equal increased happiness.  Maryland will be pleased because they will have a competitive edge over other colleges and universities in the recruiting process.  This will lead to them potentially getting better recruits (The Washington).  As for the player, they will be thrilled to have a tentative shoe deal before even entering their collegiate years.  Also, it is a motivating factor that would increase performance of the player, which ultimately increases the happiness of the player, Under Armour, and the University of Maryland.  Using the Theory of Utilitarianism, this case is ethical (Rivals). 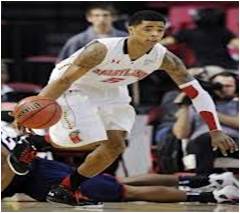 The theory of Kantianism states that companies should do what is right because it is the right thing to do.  Motivation and conscious effort for the company to do what is right are the most important parts.  Profits and bottom lines are not the ultimate goal in Kantianism.  Therefore, companies can’t think solely about themselves and try to take advantage of stakeholders (Salazar).Under Kantianism, the case regarding Under Armour making enticing Maryland University Men’s Basketball recruits with shoe deals is unethical.  These two parties are not doing the overall right thing by luring athletes in with added incentives.  Student should be choosing their college based on primarily academics/education, location, and environment.  Student-athletes add in the specific athletic program and overall athletic department to that decision.  Maryland Men’s basketball recruits should be evaluating the University’s program compared to other places they are interested.  It is not right that Under Armour is trying to distract recruits with shoe deals (Rivals). 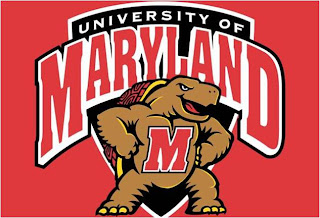 The Virtue theory, the last and finally theory, says that companies should strive to give stakeholders meaningful and fulfilling lives through positive character traits and habits.  A virtue is “a moral excellence; goodness; righteousness (Salazar).”  Some virtues are loyalty, courage, considerate, and kindheartedness.  Companies that demonstrate exploitation, dishonesty, or deceitfulness do not possess virtues.  In the case of Under Armour, the theory of virtue would rule them to be unethical.  They are deceiving all University of Maryland Men’s Basketball recruits (The Washington).  Under Armour is not prepared to hand out shoe contracts to every player that enters the NBA draft upon or before graduation.  That is not their intention, but that is what they are portraying to the athletes.  Under Armour is not concerned about their stakeholders.  Their primary focus is to improve their financial bottom line and overall profits for the long term.  Also, they are violating NCAA rules by offering deals to recruits, some of who could potentially be under 18 years old which would violate federal law as well.  Breaking rules and laws does not demonstrate righteousness or goodness.  Under Armour is being dishonest and acting unethically (Rivals). 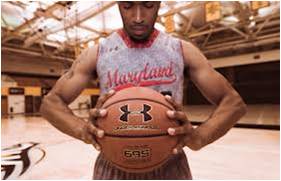 There are many different ways that Under Armour could have prevented this problem.  First, Under Armour, and any other company for that matter doing business with the NCAA, needs to know their rules.  Not only do they need to worry about following the law and acting legally, but they are under the restraints of the NCAA guidelines.  Another solution would be to wait until the players have signed their letters of intent, a document outlining the agreement between the player and school before the agreement is finalized.  Most athletes across the country know that Under Armour is associated with the University of Maryland.  Therefore, they should concentrate on giving the stand out players, who already attend Maryland, shoe deals.  Then, when these players enter the NBA draft, they will already be signed with Under Armour.  People will know and associate them with both Under Armour and the University of Maryland.  This is a win-win for both parties.  Finally, Under Armour will be able to let history speak for itself.  It would not be unethical to discuss past players successes with recruits looking at Maryland.  The program would be able to share the continuous development of the players at their school and then to the NBA.  Under Armour would be a part of their road to the NBA and fame that comes with the title.  Solving Under Armour’s ethical issue is simple; they need to wait out the few days, week, or months until the recruit has officially signed with the University of Maryland. 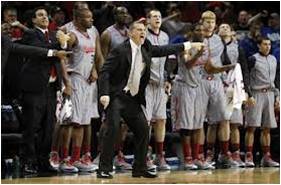 Personally, I think there are a few things that Under Armour needs to do to rectify the situation.  First, they should release a publicized statement of apologizing.  It is important that they take full responsibility for their actions and acknowledge that they were in the wrong.  This will help in gaining back credit in their public relations department.  Stakeholders could take a stance on the positive side and be happy that they realized what they were doing was not right.  They need to earn back respect from as many stakeholders as possible, and this could be seen as noble and showing integrity.  Under Armour should also address the recruits and explain how they were in the wrong.  They should have never tried to taint their decision on what school to attend.  Going along with that, Under Armour needs to pull out of any unethical deals they are currently in with Maryland recruits.  This could be costly depending on what contracts were signed, but long-term, I believe it will be worth it.  Finally, they should put out a statement to all Under Armour employees saying how they recognize that this was not the right thing to do, they are deeply sorry for potentially tainting their reputations, and they want to assure it never happens again. 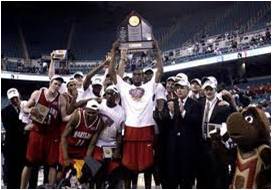 Under Armour needs an action plan going forward in order to make certain a problem like this never happens again.  It should start with identifying where the problem began if possible.  The people responsible, depending on seniority and importance, should be terminated or suspended.  Under Armour needs to reevaluate their “Code of Conduct” and decide on a more efficient way of enforcing it.  Their human resource department will play a huge role in their attempt at cleaning things up within the company.  All employees at Under Armour need to receive an updated copy of the rules and regulations.  Their mission and vision should be included as well.  Also, it would be effective to include signage in the offices and factories of these things.  Employees need to know that ethics is valued, violations will not be tolerated, and they will be terminated for any infractions. 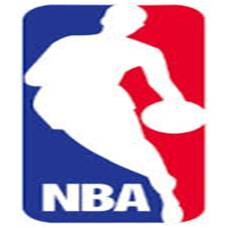