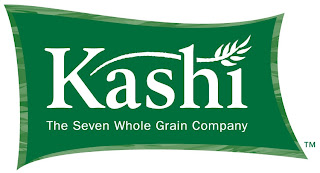 Kashi brand was first created in 1984 by Phil and Gayle Tauber and is owned by the Kellogg’s Company. Kashi’s goal is to “give people what the need to live their best lives, while making great tasting, naturally nutritious foods.” Kashi does this by offering minimally processed foods, with no artificial colors, flavors preservatives or sweeteners.


However in October of 2011, Cornucopia Institute tested Kashi’s GoLean cereal and found that it contained 100 percent genetically engineered soy.  In August of 2011, shortly before this controversy broke, Michael Bates and his attorneys in California brought forth a law suit against Kashi and Kellogg’s for falsely advertising their products as “All Natural” and “Nothing Artificial.”


Kashi was finally exposed of their secret in late 2011. Kashi used all natural ingredients except when it came to their soy, which was genetically engineered with a gene inserted to protect the soybeans from the herbicide Roundup, which kills weeds. However Kashi still continued to advertise their products as “natural” and “only natural ingredients used.” 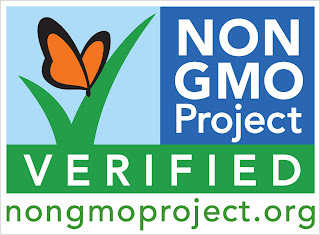 David DeSouza, Kashi’s general manager stated that they had done nothing wrong. DeSouza stated that the FDA had chosen not to regulate the term natural. DeSouza states that Kashi defines natural as "food that's minimally processed, made with no artificial colors, flavors, preservatives or sweeteners.” Shortly after this controversy occurred, Kashi, in an effort to gain their reputation back has partnered up with the Non-GMO Project. The Non-GMO Project is a non-profit organization that verifies foods to make sure they are clear of any genetically modified ingredients. Kashi has seven of their cereals verified by the Non-GMO project.


The Individualism Theory according to Friedman states that the only goal of a company is to profit and maximize the profit for the owner and stockholder. According to the individualism theory, Kashi did nothing ethically wrong. On the contrary, the company did everything to maximize the company’s profits by labeling their products as ‘natural’ and selling them for the same price as cereals that are natural.  The average price of a cereal by Kellogg’s is $3.80. Kashi Squares Berry Blossoms Cereal is marketed as ‘natural tasting’ and costs about $4.30. For the same price of Kashi’s cereal, those looking for actual natural tasting and organic cereal can buy Nature’s Path Cereal that is certified organic and natural. Also, looking at Kellogg’s 2012 Annual Financial Reports, it is clear that Kellogg’s has profited from the sale of Kashi’s food. In 2010, the company reached a net sale of $12,397 million. In 2011 when the controversy occurred, the company’s net sales still increased to $13,198 million and in 2012, the company’s net sales reached a peak of $14,197 million.


The Utilitarian Theory states that we must act in order to maximize the overall good to the greatest amount of people. The stakeholders in this situation were Kashi’s customers, Kashi brand and Kellogg’s. Looking at Kashi’s customers, the company was not able to bring happiness to their customers. This is because the customers were tricked into thinking that Kashi’s products were actually natural. Many of Kashi’s faithful customers after finding out Kashi’s definition of ‘natural’ have stopped buying their products. Many store owners have also removing Kashi products from their shelves until Kashi completely removes all genetically engineered ingredients from their products. On the other hand, the sale of the genetically modified cereals brought a lot of happiness to the company. Kashi and Kellogg’s were able to maintain their products on the shelves while marketing them as ‘natural’ and using genetically modified ingredients in their cereals. By marketing the products as ‘natural’ the company was able to sell the products for more, increasing the company’s profit and ultimately increasing their happiness. The sale of the genetically modified foods has also allowed many employees to keep their jobs, where as if the company had to recall the cereal, some employees could have been fired. 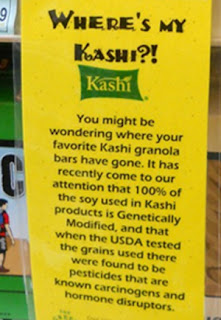 The Kantianism theory has several different parts. Part one states that one must act rationally and not consider one exempt from the rules. According to the first principal, Kashi did not act ethical because they felt that they were expect from telling consumers the truth about their products. Kashi felt exempt from the rule of being honest with customers. The second part of the theory states that it allows and helps people make rational decisions. With this, Kashi did not act ethical because although it seemed like the company acted ethical because they allowed the customers to make their own decision as to whether or not buy the products that contained genetically modified soy, Kashi lied about their ingredients which took away from customers making rational decisions, the decision to either consume the products or not. The third part to Kantianism states that it respects people, their autonomy and individual needs and differences. Kashi did not act ethical in under this principle because they did not respect people’s needs in eating healthy. They took advantage of those who wanted to eat healthier and better by marketing their products as natural when they were not. Lastly, the fourth principal states one is motivated by the good will, seeking to do the right thing because it is right. Kashi did not act under good will because they were not being honest about the ingredients in their products. If they had acted under good will, Kashi would have been honest about the ingredients in their products and not had advertised the products as ‘natural’ even if the FDA was vague about the definition of ‘natural.’


Lastly, the Virtue theory is based on four characteristics, courage, honesty, temperance/self-control and justice/fairness. Kashi did not display courage because they were not willing to tell their customers what their products actually contained. When Kashi was faced with the issue, their representatives stated that they had done nothing wrong. They used excuses to try to take the blame away from them. Kashi was also not honest in owning up to their mistakes and being honest to consumers about their products. Kashi was also unethical in the temperance/self-control aspect of this theory. This is because the company had no self-control in advertising their products. If the company wanted to advertise the products as natural, then they should have used all natural ingredients and stayed clear of genetically modified ingredients. Kashi should have had the self-control and done the right thing when advertising their foods. Lastly, the final characteristic is justice.  Kashi did not act upon this characteristic because they did not work hard to try to get the best product out to their customers. They took the easy way out and simple labeled their product as natural instead of using natural ingredients. The company was also not fair in the price of their products. The company sold the cereal for the same price as a certified organic cereal would be sold at. Overall, Kashi did not act ethical according to the virtue theory in this controversy.


According to the four ethical theories described above, Steve Madden Ltd. acted unethical in their work and to their stakeholders. The only ethical theory that Kashi is able to argue they acted ethical under is individualism. However, the remaining ethical theories would find Kashi’s actions to be unethical and incorrect.
These analyses and facts are based upon the original paper by Mayara Jordani entitled "Kashi’s Claim on Natural Foods (2011)?" (Apr. 15, 2013).

Posted by Mayara Jordani at 8:58 AM