Nike, Inc: Employee's in Nike's Converse Factories in Indonesia Not Treated as Humans (2011)

Based on a paper by Joe Bowker 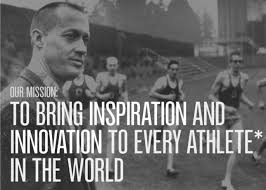 Nike, Inc. mission's statement says their mission is to bring inspiration and innovation to every athlete in the world.  They are also the world's leading supplier of athletic shoes and apparel.  However, due to Nike's lack of monitoring of its four overseas factories in Indonesia of whom produce their Converse line of shoes.  Their have been reports and allegations that came out in July of 2011 about unethical practices that have been going on in these four factories.  Especially in their largest factory, Pou Chen, which is located in isolated Sukabumi, Indonesia and holds roughly 10,000 female employees.  At the factories it has been noted that many of the employees are making under the minimum wage, employees working more than 60 hour workweeks, physically abused, and verbally abused.  It has been documented by one female employee who said that she was fired for taking a sick leave in 2009.  Others have come out without saying their names because they are afraid to and said that they were called pigs, dogs, and monkeys which are major insults to Muslims and Indonesia is the world's most populous Muslim nation.  A few other documented events are that a supervisor would kick an employee when a mistake was made cutting soles of shoes, and as well they would throw shoes and other objects at them and slap employees when they would get angry.

These actions described above performed by the supervisors in the Pou Chen factory and the other three Converse factories are unethical according to every major ethical theory.  According to the Individualist Theory, its goal is to maximize profit while doing so within the constraints of the law.  This was not achieved in these factories because they did not have the right to physically hit employees or punish the employee in the ways that they did.  As well, Nike is not going to profit from these actions but it could certainly cost them money, and these reports could hurt their reputation for years to come and affect future potential profits for the company. 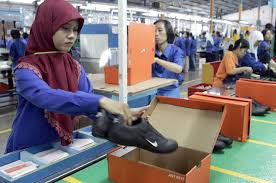 According to the Utilitarianism theory, its sole purpose is to maximize happiness in the long run in all stakeholders.  This case did not make Nike, Inc., the employees of the factory, and the consumers of Nike products happy.  This case does not make Nike happy because it gives them bad publicity which they have had in the past for cases similar to this one, and it could cost them money if lawsuits are filed.  The employees of the factory are not happy because they are the ones who are not being treated like human beings but more like animals with the names they are being called and with the physical abuse that they are receiving for making a mistake.  Then lastly, the consumers are not happy by this because if they look up to Nike for their superior quality and excellence, then find out how their items they wear are made.  This could make them take a step back and really think about if they want to wear something that was really created in such an inhuman way.  Overall, what has happened here has not made anyone happy but has created more problems for the present and future that Nike will have to fix.

A Kantian believes that one must allow and help people make rational decisions and what is being done is by Good Will and is right.  They would as well believe this case to be unethical because the employees were not allowed to make rational decisions because they did not make any decisions at all.   They were forced into doing everything the supervisors wanted them to do and were not allowed into making any rational decisions except to quit their job.  Also, what was being done by the supervisors to the employees was not in Good Will or right because physically and verbally abusing someone is never the right thing to do or is being done in Good Will.  Lastly, these employees were not in accord with the Formula of Humanity because they were being treated as a mean and not an end.  They were being used a way to produce mass number of shoes so that Nike and the factory could make profits and be happy. 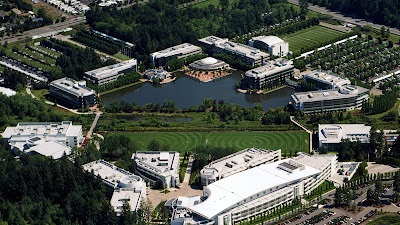 A virtue ethicist would consider this case to be unethical as well because they lacked all four virtues.  Courage was lacked because the supervisors did not do anything that was courageous, unless another supervisor stepped in and told the others what they were doing was unethical, but that never happened so there was no courage displayed.  Honesty was not displayed because when these employees signed up for this job, it is very unlikely that it said that they would face a series of physical and verbal abuse.  Therefore, they were dishonest because they were not true to the employees to what they signed up for.  Lastly, there was no temperance or justice shown.  Temperance was lacked when the supervisors made unattainable goals such as making sixty dozen shoes and when it was not reached, the workers would be forced to stand outside in the blazing heat for hours before returning back to work.  Fairness was lacked when the supervisors would not treat the employees fairly.  Examples given are when employees would be slapped, hit, have shoes thrown at them, be fire when they need to go on medical leave, and be called names that are insults to their religion.  These would not be considered fair practices.  In the end, hopefully after these reports coming out, Nike will take a step back and look at their ethical and monitoring policies in their factories overseas.  Then they can see what is and what is not working right so they can avoid anymore unethical practices in the future.

These facts and analyses are based on an original research paper by Joe Bowker, "Nike, Inc:  Employee's in Nike's Converse Factories in Indonesia Not Treated as Humans" (2013)