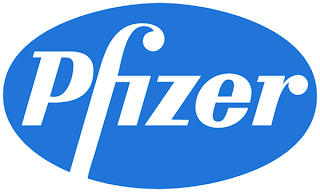 Pfizer is the largest drug making company in the world.  This company was founded in 1849 by a man named Charles Pfizer.  Pfizer makes many products that are known by all people today.  Some of the products that Pfizer makes are Lipitor, Sudafed, Vizine, Viagra, and Zoloft.  Pfizer is also known for being a research company.   In 2013 it has come to Pfizer's attention that the patent on the number one selling drug on the market, Lipitor, is going to run out soon which opens the door for generic drug companies to start making the product.  This could end  up being a blow to Pfizer because Pfizer spends billions of dollars to research to develop these products.  If generic companies are able to produce the same type of product for much cheaper then it is going to pull customers away from Pfizer.  Pfizer does not want this to happen so as a result they want to extend their patent on their products so they will be able to make more money from them because they feel as if they deserve more for what they have done.  Customers feel differently though because it s hard for them to afford the afford the products when they are expensive and it would just be beneficial for them to have the choice to purchase the generic brand. 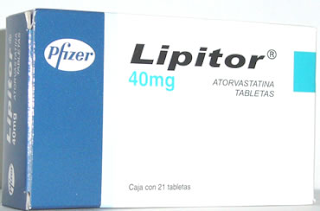 The first theory i am going to take a look at is individualism.  Individualism is the theory that focuses on maximizing profits by also obeying the law while doing so.  Pfizer is trying to maximize their profits by trying to get their respective products to be on the shelves longer.  In having the products on the shelves for longer periods of time it would allow Pfizer to make much more money.  In extending the patent is the way that Pfizer can stay within the law and also make more money at the same time.  Due to the fact that Pfizer is trying to stay within the law and they are also trying to maximize their profits in the process and individualist would view Pfizer as acting Ethical.

The second theory i am going to look at is utilitarianism. Utilitarianism is the theory which wants to generate the maximum happiness among all people. In order for happiness to be achieved for the most amount of people Pfizer needs to not get the patent on their products extended. If the patent is extended then people will have to continue to pay the higher price. This is not going to make people happy if they need to pay more money for an extended period of time, especially if it is a medication that they now need or rely on. Also the people that are waiting for the patent to expire so they can buy the generic brand for much cheaper are going to be unhappy due to them not being able to afford the product at its current value. There are also customers that have health care pans that cover providing generic products. If the generic versions of these products are not allowed to reach the market then it will result in even more people being unhappy. Due to there being unhappiness in the customers then viewing this case from this perspective would see this as being unethical.

Next i will look at this case from the perspective of a Kantian.  Kantianism is a theory that is all about doing what is right because it is what is considered the overall right thing to do. A Kantian also believes in a formula of humanity. The formula of humanity is demands for people to respect the dignity of humanity. Within the Kantian theory what is most looked at is what the actual motivation is behind the company’s decision.  With the issue revolving Pfizer they are being very greedy and selfish.  This greed and selfishness is viewed in a negative spotlight.  Instead of looking out for their customers they are more concerned about making money.  In no way can this be viewed right from a Kantian's perspective.  Mainly Pfizer is viewing the people as a mere means to make money and this is one of the key aspects that a Kantian does not want to happen.  All of this together causes Pfizer to be viewed as unethical under the theory of Kantianism. 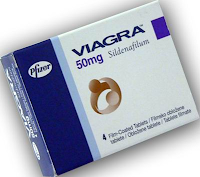 The last theory i am going to analyze this case with is virtue theory. Virtue theory looks at the traits that in which allow people to live a happy and or meaningful life. The four major virtues are courage, justice, temperance, and honesty.  Pfizer is strong with honesty. Pfizer is directly telling the people why that they feel that they deserve more money and not sugar coating it. They are saying what they believe in and fighting their position. By looking at honesty Pfizer is acting ethical. Pfizer on another note does have a strong sense of courage. Pfizer is taking a risk by trying to extend the patent; they are also being put right in the spotlight. This spotlight can either be both beneficial and bad for the company. From just the courage part of the theory Pfizer can be viewed as being ethical due to their risk. By looking at Pfizer and its temperance, management does not seem to be making the right decision. Pfizer can be viewed as being obsessive in making money rather than doing what is right for their customers. Because of their obsessive interest in money Pfizer can be viewed as unethical in this part of the virtue theory. Also from looking at Pfizer’s justice you can see that they make quality products. They do all of the work and dedicate themselves for the people, this is why they feel they deserve to make more of a profit. From a justice sense there Pfizer is being ethical.

Overall, Pfizer is viewed as unethical in the majority of the theories.  The only theory that Pfizer is viewed as completely ethical is under individualism.  Pfizer should take all of this into consideration before they decide to continue to pursue the extension of their patents.  If Pfizer does not reconsider then they could end up losing customers in the long run.