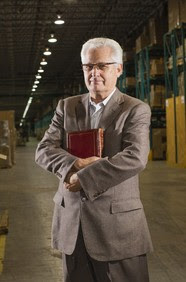 Hobby lobby is a Christian company that is a leader in arts and crafts stores across the United States. David Green, the founder and president established the company in Oklahoma in 1972 and has led the company through his religion. For example, the company is closed on Sundays to provide time with family, they provide higher wages by 80% compared to the industry average, and the stores close early at 8pm every night. In 2012 the federal government enforced a new contraception mandate that requires all employers to provide health insurance to their employees including contraception, specifically access to the morning after pill, or better known as Plan B. According to Christianity, life begins at conception, therefore causing the conflict.

With the refusal of obeying the government due to their religious beliefs, Hobby Lobby faced fines of $1.3 million a day starting January 1, 2013. With the threat of the daily fine, the company filed a lawsuit against the Obama administration and openly admitted to paying the fine if it came to that point. Ultimately, the company was not forced to pay the fines as ObamaCare has revised the mandate to allow third party health insurers to provide the coverage that the employers will not. According to the Utilitarian theory and Individualism theory, Hobby Lobby is not acting ethically. On the other hand the company is acting ethically according to the Kantianism theory and the Virtue theory.

Individualism theory states that a company's main goal is to maximize profits for the owner and the stockholders of the company. Therefore, David Green is not acting ethical the moment he claimed his company would rather pay a $1.3 million fine per day than provide his employees with contraception. Even though the fines were not implemented, the stockholders would suffer, their money would be used for fines rather than higher profitability, which is essentially throwing away money. With the company losing money drastically, the stance is not ethical and the theory does not support the decision David Green made.


Utilitarian theory states that happiness should be maximized while pain should be minimized, once again Hobby Lobby is not acting ethically. Just because the company is Christian does not mean that the employees are; a company should not decide whether or not to provide certain health concerns, specifically those that are life altering such as pregnancy. Giving their employees the option would create happier and more satisfied workers, but the company is not doing so. They are not allowing their employees to speak out; the owners and religious affiliated people are happy with the lawsuit while many people will suffer if they are not allowed the same benefit of insurance plans compared to the rest of the workforce. Refusing the coverage more pain is brought out than happiness, therefore the company is not acting ethically concerning the utilitarian theory. 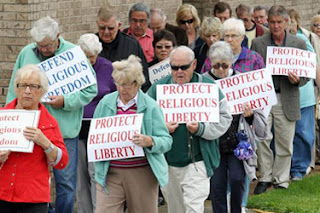 Kantianism theory illustrates that people should act and do things for the right reasons; peoples motivations speak louder than the consequence of the action. The theory continues to states that people should make rational decisions. The company is acting ethically, they are representing their religion that has been publicly known to the government, retail industry, customers, and the employees since the company was founded. Due to their stand, the mandate is now revised and better suiting to all companies in the United States. According to the formula of universal law and the formula of humanity, the company has not lied, mislead anyone, and or acted selfishly when their actions have bettered the economy and the religious freedoms of citizens. It is clear that Hobby Lobby has continued to stand in their faith and are acting ethically in doing so for the principle of the fight. 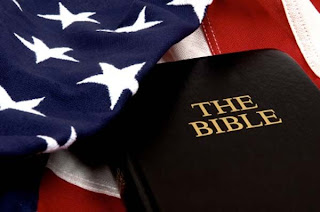 Virtue theory focuses on what a person is, not what a person does. A person should express good character above all, including but not limited too: courage, honesty, temperance, and justice. Hobby Lobby is acting ethically concerning this theory for many reasons. They are acting courageously to stand up to the government for their beliefs and not letting the mandate betray their own standards of character. The company has continuously fought in courts concerning the lawsuit, which showcases their need and desire for justice. Temperance has been demonstrated through the companies restraint with the way the issue was brought about. The company acted in proper accounts of suing the government and has allowed their employees access to the contraception as long as the company was not direct providing it. Lastly, honesty has been displayed by their ability to speak out in what they believe. Clearly Hobby Lobby is acting ethically in their actions and in their character to stand up for fundamental rights. Regardless if they are Christians or not, they are fighting against the government to not allow infringement upon human rights.

Hobby Lobby is acting ethically according to the Virtue theory and Kantianism theory, while the decisions made are unethical in the views of Utilitarian and Individualism theory. Either way, people will view the company ethical or unethical depending on the theory they chose to follow, therefore I believe if Hobby Lobby took a stand or not, the same controversy would arise since they are a Christian based company. Since the company took the stand, I believe they are making progress not just for themselves, but for the people as a whole. With the revision allowing third parties to provide coverage, it allows people the choice. It allows people to have a voice and a stance in their own beliefs, as everyone has a fundamental right too. Through the controversy the government is more conscious of their actions and the people are more aware of their rights, therefore this issue has better the United States and allows for the nation to grow in unity.


The summary is based off of the original paper Hobby Lobby vs ObamaCare Contraception Mandate written by Ashley Rucki (2013).