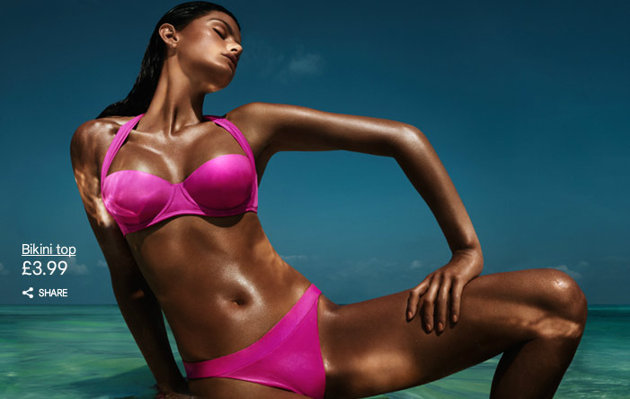 H & M (standing for Hennes & Mauritz AB) is a Swedish multinational retail-clothing company founded in 1947, known for its fast-fashion clothing for men, women, children and teenagers.
The company has a lot of records: Present in 43 countries around the world, the company employed 94,000 persons in 2011 and had 2,629 stores at end of August 2012. It is ranked the second largest global clothing retailer, just behind Spain-based Inditex (parent company of Zara, Mango, Bershka and many more), and leads over third largest global clothing retailer, United States based GAP. Its 2010 revenue reached 126.97 billion of US dollars.
In 2012, H&M created a huge controversy around their advertising campaign of swimsuits featuring overly-bronzed model. The campaign was mainly launched in Europe and mostly in the UK.  What was not a big deal several years before now causes people to react strongly to this campaign. In fact, many criticisms blamed the company for not showing the reality behind, which is the danger of being exposed to the sun. In this case, the stakeholders are the company, the stockholders, cancer societies, the model, H&M customers and moreover people in general that may have see. One expert speaking out is Dr Ralph Braun, a dermatologist and professor at the Early Skin Cancer Centre at Zurich University Hospital. “Many people, especially the young, will try to emulate this and will try to be just as brown, although with some skin types this is just not possible,” he states. “I find this advertisement very alarming”. The Swedish cancer society blasted H&M for what it characterized as creating a "deadly" standard of beauty that unduly influenced young people to tan. It said images like the swimsuit ad campaign "contribute to more people dying from skin cancer."n the ad. 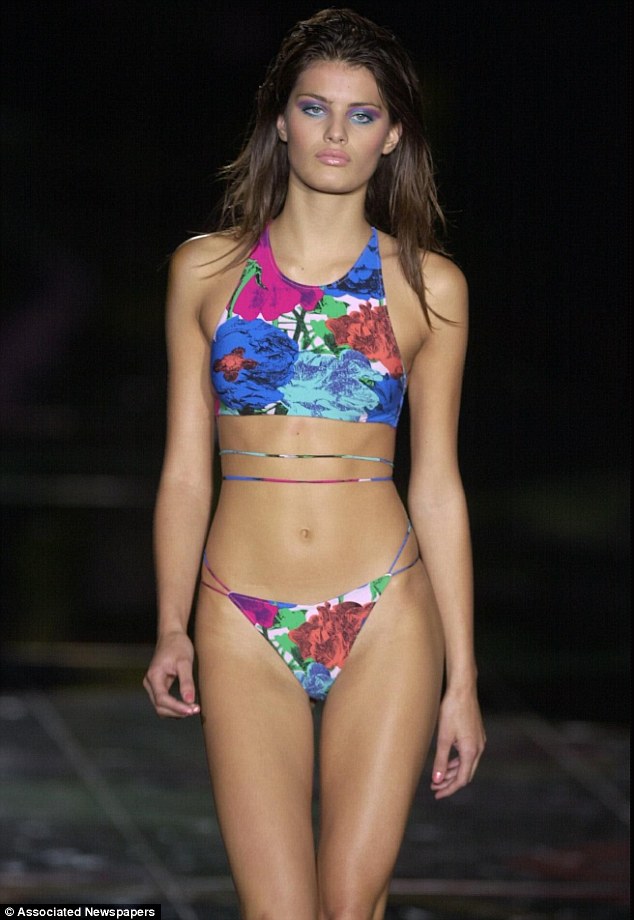 The company reacted publicly by saying that the intended purpose was to show the strong colors on sale this season. On top of that, the company said that it was the natural skin color of the model (Isabeli Fontana) when in fact, pictures from the from runway shows show the model with a markedly lighter skin tone than the one featured in the ads.

The company eventually responded to all criticisms by apologizing via email to the media outlet. "We are sorry if we have upset anyone with our latest swimwear campaign. It was not our intention to show off a specific ideal or to encourage dangerous behavior." While H&M did defend itself by saying the goal was to highlight the bathing suits (as opposed to the color of the model's skin) it announced that this controversy will be taken into consideration when designing new campaigns.


The individualist theory argues that the goal of a business is to make a profit for the company and the shareholders. It is an egoist theory that focuses on maximizing freedom under the constraint of the law. From an individualist’s perspective, H&M was ethical. Indeed, they pursued the normal business goal of making a profit. By choosing a tanned model, they hoped to attract more people and grab customers’ attention better, which in turn would increase sales and eventually profit. This is part of Friedman’s economic theory, a pioneer in individualist theories.
Adam Smith, a moral philosopher, thinks that everyone is naturally ethical and thus people will be able to make their own opinion as to whether it is healthy or not to be so tanned. Individualists would thus refuse the main arguments about health related cause and precisely cancers that could indirectly develop as a result of the campaign. In fact, the advertisement is meant to sell swimsuits and thus there is no direct relation with sun exposure. The intent of the advertisement has nothing to do with selling sun to people! On top of that, people should be able to decide by themselves as to whether or not be exposed to the sun and not influence their choice solely based on an advertisement!


Utilitarian would have to evaluate the overall outcome of the campaign and measure global happiness. All actions must aim at something good; there should not be altruism or egoism. Utilitarian should evaluate how much harm is created in this case in relation to happiness.
In this case, the stakeholders are the company H&M, the stockholders, the model, customers, cancer societies and people that have seen the campaign on billboards for example. We can say that the company was supposed to benefit from this campaign as they expected to make money and attract a lot of customers. Many customers were also possibly happy to buy these new swimsuits. Even if it may have worked and the company’s profit increased, they received so many criticisms that it was surely not a good campaign for them as a whole and H&M reputation has been endangered. We could argue that this case is unethical according to a Utilitarian point of view given the amount of negative feedbacks the campaign received. Indeed, even if people didn’t realize it when buying these swimsuits, they may have had in mind the wish to become as tanned as the model. It made people want to become tanned and it has negative outcomes on the long run. 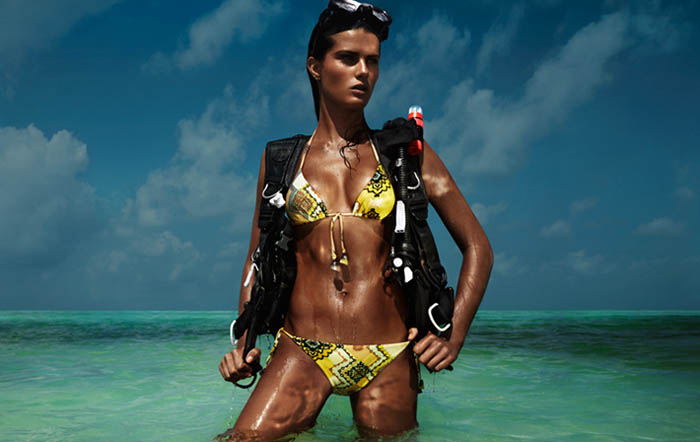 It harms people in a sense that they can develop diseases such as cancers and other skin related problems that are not directly caused by the advertisement of course but it can be a factor. Then family and friends are hurt by their relatives’ disease and thus harm created is huge.
Kantianism theory argues that people should be treated as rational and as an end not as a means, which is the opposite of the Utilitarianists' theory. The theory has four principles: Act rationally, allow and help people to make a rational decision, respect people and their differences, and be motivated by good will.
H&M certainly had a genuine intent to enhance their swimsuits sales by creating this add and wanted people to be attracted by it. In this case, Kantianism would endorse the case as the company acted rationally and respected people and their differences. The only point where it could be arguable is regarding rational decision, would the advertisement helps people decide rationally for them if being exposed too much to the sun may be harmful? Some would say that it was in the company’s responsibility to avoid showing over-tanned models as it could motivate teenagers and young adults to be exposed to the sun. On the other hand, some theorists would argue that people are rational and naturally know what is or is not good for them.
As one of the principles may be discussed, I would argue that H&M acted unethically from a Kantianism position. Indeed, the company treated customers as a mere mean to achieve their final goal, which to maximize profit, and not as an end, just satisfying the people. As the formula of the universal law of nature from Kant states: “act only in accordance with that maxim through which you can at the same time will that it become a universal law”.
Finally, the virtue theory is more related to one’s character and it allows things to function properly. There are several cardinal virtues: Prudence, Justice, Temperance and Bravery.
H&M respected most of them but did not figure the fact that this advertisement could give people the wish to be really tanned, which could eventually mean developing skill related diseases (prudence virtue). I would argue that H&M was still ethical in their actions; they don’t sell sun to people but swimsuits. Making the advertisement attractive is part of every company’s job and H&M searched this and tried to increase its profit. They acted accordingly to justice and with bravery and temperance.
We have seen how the different theories will deal with the issue and we can also see that it is a difficult case to analyze. Indeed, the main problem is that H&M is selling swimsuits and not sun and thus their genuine intent is to make profit, not obviously to encourage people to get tanned. But at the same time, as the colors of the swimsuits suits perfectly to the skin color of the model, we could argue that H&M influences people to get as tanned as Isabeli Fontana. What I find really important for the company is to remember from this case that every action they take needs to be evaluated in terms of the potential outcome and to do so they should always look at the potential stakeholders.
The company should continue to strive to develop its core values and specifically the straight forward communication one, as this case points out that effective communication may be lacking. It could also be a great move for the company and a way to improve its image if they give part of the money made from the advertisement of the swimsuits to cancer societies and other important group that may have judged this ad totally unethical.
Recently, the company announced that the next model used for their 2013 swimsuit campaign will be Beyoncé. I think this is funny that they took a naturally tanned model so that her skin color cannot be controversial and cancer societies cannot accuse them as they did the year before! 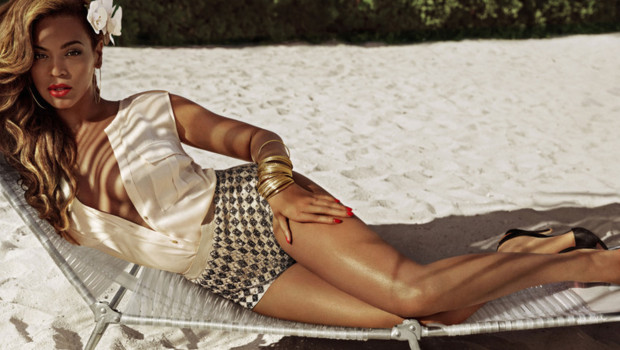 Finally, they also created other posters with less tanned model than the 2012 swimsuit campaign and with models that have a much more natural skin color (as you can see from the following picture). We can eventually say that H&M learnt from their mistakes as the model have a more realistic skin color and are less thin than they used to be (another controversy). Part of the business is to manage a company’s image and H&M is trying to improve it every day.