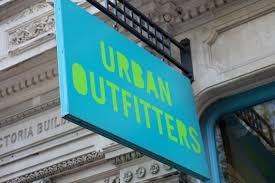 In the fall of 2012, Urban Outfitters released a Navajo-branded clothing line that included merchandise such as tribal print underwear, feather earrings, and liquor flasks. The Navajo Nation found this brand to be “derogatory and scandalous” and sent a cease and desist order to Urban Outfitters demanding they remove the name Navajo from their products. The company acknowledged the cease and desist letter and removed the products labeled with Navajo from their website, but the company had no plans to alter the products any further than the label. They claimed that they believed this trend would be popular for the year to come. It was not until months later in, February of 2012, that the Navajo Nation filed a lawsuit against Urban Outfitters.  They were accused of trade mark violations and violations of the federal Indian Arts and Crafts Act. These acts make it illegal to sell arts or crafts that falsely suggest American Indians produced them. The Navajo Nation claimed in the lawsuit that products with the Navajo name were still being sold through the company brands in catalogs and retail stores. Items such a turquoise jewelry was labeled “vintage Navajo” and a description stating it was originally sold at a trading post was added. The infringement on the products was clear in court, but Urban Outfitters declined to write an apology to the Navajo Nation. Less than a year after the lawsuit was filed the annual revenue of 75.2 million Urban Outfitters usually received declined forty eight percent to 39.3 million. The decrease was not directly linked to the lawsuit, but one can imagine the controversy did have an affect on the company’s revenue in the past few months. Using the theories of business ethics I will evaluate the case of Urban Outfitters versus the Navajo Tribe. 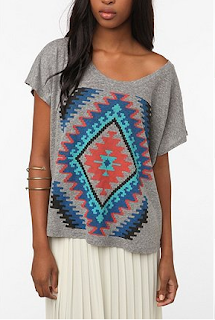 Individualism in business ethics is concerned with the interest of the company, such as profit and growth, but these interests must be pursued within the boundaries of the law. Although Urban Outfitters was focused on the profit and the growth of the company by consciously keeping up with the trends for the upcoming year they did not stay within the boundaries of the law. Urban Outfitters created the Navajo line with the ambition to provide popular trends for their consumers. In return the company would create more revenue benefiting the stockholders invested in the company. Unfortunately their ambition made the company blind to reason and they falsely advertised their products as “vintage” and originally sold at trading posts by American Indians. These false advertisements violated the federal Indian Arts and Crafts Act. These acts make it illegal to sell arts or crafts that falsely suggest American Indians produced them. This act alone makes Urban Outfitters unethical in the eyes of an Individualist. If the company had stayed with in the boundaries of the law and received a license from the tribe in exchange for a share of their profits, they could have avoided the lawsuit.

The theory in business ethics, Utilitarianism is focused on maximizing the happiness of all stakeholders in contact with their company. John Stuart Mill says that happiness and pleasure are the only things of intrinsic value and that a company ought to bring about happiness in all things and do so impartially. Urban Outfitters was responsible for supplying happiness to three main stakeholders: corporate management, consumers, and investors. When Urban Outfitters falsely advertised the Navajo line they were not providing honest business to their consumers. The company was falsely advertising the authenticity of their products causing their corporate management to receive a lawsuit from the Navajo Nation. This lawsuit caused their investors to lose money when the revenue of the company dropped 48 percent from 75.9 million to 39.3 million. In the eyes of a Utilitarian, the company was acting unethically because they were not providing happiness for their stakeholders.

Kantianism is a theory based on doing what is right. Essentially the company is seeking to do what is right because it is right. There are four principals that make up Kantianism theory: “act rationally, allow others to make rational decisions, respect others and their individual needs and differences, and be motivated by good will.” In the case of Urban Outfitters, the company was exploiting the Navajo Tribe by labeling apparel with the Navajo name that is “derogatory and scandalous.” The company was also dishonest with their consumers when they advertised that their products were vintage and originally sold at trading post. The company neglected to follow several of the principals. They were not respecting others and their differences or being motivated by goodwill. Along with the four steps Kantianism consist of two principals: The formula of universal law and the formula of humanity. The formula of universal law “prohibits people from making exceptions to themselves. It forbids all forms of deceit, including lying and stealing… and acts only according to that maxim whereby you can at the same time will that it should become a universal law.” The formula of humanity “acts in such a way that you treat humanity, whether in your own person or in the person of another, always at the same time as an end and never simply as a means” These principals mean that the company must not lie, mislead or withhold information from the stakeholders. The company should also avoid using or taking advantage of their stakeholders to achieve personal gains. Urban Outfitters does not follow either of the formulas. The company was deceitful and misleading to their consumers. Under Kantianism, Urban Outfitters acted unethically.

The final ethical theory, virtue theory is based off of Aristotle’s ethics and “seeks to develop the character traits and habits that will allow [people] to live a happy and meaningful life . Virtues are “the characteristics that allow things to function properly” and are also called “good making virtues.” These virtues allow a person to function well in society. Four important virtues to have in business are, courage, honesty, and justice and temperance. Vices are the opposite of virtues and inhibit a persons human rationally and relations with others. Examples of vices are lying, manipulation and trickery. Although Urban Outfitters was acting courageously when they used the Navajo name on the clothing in attempt to keep up with the trends of the year they did not do so honestly. The company tried to manipulate their customers by advertising the clothing and accessories as vintage and made by American Indians. Not only did the company manipulate their consumers but they also had no temperance for the laws they had to follow and did not stay within the boundaries of both the Indian Arts and Crafts Act. Under virtue theory Urban Outfitters acts of manipulation and lack of temperance are unethical.

Urban Outfitters is a company that tries to step outside of the box and supply their consumers with unique styles and prints that allow them to express themselves. They have faithfully followed their mission statement to “help [their] customer’s express their individuality and connect with their interests, needs, passions and each other.” Although Urban Outfitters continuously tried hard to provide their consumers with the latest trend of the year (tribal print) they were blinded by greed and did not stay with in the boundaries of the law. The company broke the Arts and Crafts law that states companies cannot falsely advertise products as made by American Indians. Not only did they break the law, but they also exploited the Navajo Tribe by creating accessories that the tribe believed were scandalous. This exploitation insulted the beliefs and values of the tribe. Because the company neglected to do research and create contracts with the Navajo Tribe they received a lawsuit and have also lost revenue over the past year. The company has plummeted 48 percent from 75.9 million to 39.3 million.
In my opinion Urban Outfitters actions were not ethical. The company was only interested in increasing their revenue even if that meant exploiting the Navajo Tribe and manipulating their consumers in the process. Even after the lawsuit was filed, the company neglected to apologize to the Navajo Tribe. This action makes me believe the company is more interested in finding the next trend to make revenue off of then showing their consumers that they have made a mistake and will try harder in the future to avoid making mistakes. The company did not act ethically and has not created positive public relations for them post the incident. I believe in the future this will only handicap the company.