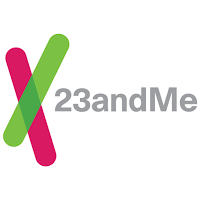 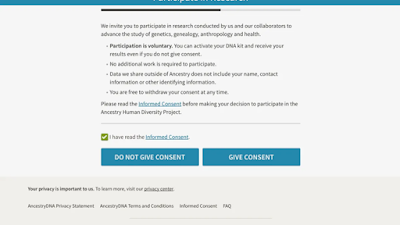 The stakeholders within this controversy each have a pull on the future of 23andMe. The first stakeholder is the company 23andMe. The next stakeholder is the customers who have sent their spit to 23andMe.  Another stakeholder is the companies 23andMe give information to like GlaxoSmithKline, Pfizer, and Ludbeck. The last stakeholder is law enforcement.
Individualists believe that the main goal of a company is to maximize profits for the stakeholders and owners of the company. Within this way of thinking, there are two different views on how to maximize profits. One view is Milton Friedman’s view which believes that the only obligation of the people within the business is to make the most profit possible by any means necessary. The other individualist view is by Tibor Machan who believes the direct goal of businesses is to profit, but indirect goals may need to be hit first in order to maximize profits. Each individualist view would agree with 23andMe in the controversy. For Friedman's view, 23andMe is better off selling their information because the obligation to maximize profits is being hit with the money received from outside companies. For Machan's view, their databases. Machan’s individualistic views also would agree with 23andMe. 23andMe uses Machan’s indirect goal ideas when they ask for customer’s consent in the waiver form.
Utilitarian’s hold happiness and pleasure as the decision maker for the choices they make. They believe that you make life better by making decisions that increase your happiness and pleasure and cut out decisions that cause pain and unhappiness. A Utilitarian would think that 23andMe is in the right and the people that are worried about their privacy are wrong. The action that would bring happiness and pleasure to the most amount of people is to share the genetic information with the companies. This allows the companies to have better research and develop ideas and medicine that could help many people in the future. 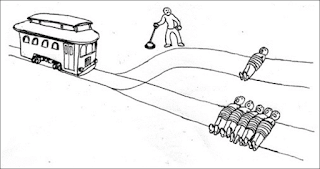 People who believe in the Kantian Theory feel that people and their decision making should be motivated by good will and do what is right because it is morally right. They think people should consistently act in a morally correct manner and never to think that a person is exempt from the rules. A Kantian would be on the side of 23andMe in the controversy. They would see 23andMe as a company that is morally trying to make the correct move by sharing genetic information to enhance humanities knowledge on genetic diseases. 23andMe consistently provides outside companies with vital information to the companies research.
People who believe in virtue theory feel that there are four main virtues that should be a part of everyone’s character. The virtues are courage, honesty, temperance, and justice. These virtues should consistently be shown by people in every day life as well as every business decision that they make. Virtue theorists would be on the side of 23andMe in the controversy. 23andMe establishes all the four virtues that are important to virtue theorists. 23andMe shows courage when the sell genetic information to companies that are trying to research human genetic health problems. 23andMe also depicts honesty when they explain to customers that their genetic information is being used to further genetic research with their permission. 23andMe shows temperance when they set their mission statement because they want humans to understand and benefit from the human genome which is a very attainable goal. Lastly, 23andMe shows justice when they give customers the consent waiver form that allows customers the option to keep their data just within the company if they choose.
In my opinion, the whole controversy is unfair to 23andMe. The three main customer complaints are that the consent form is unclear, their identities are at risk with the outside companies, and 23andMe is making a lot of money off of their genetic information. While people may have to read the consent form it is still there. I do not believe the excuse that customers did not read what they were consenting to is a viable excuse. If you are clicking that you consent to something online, you should always read thoroughly what you are consenting to. For the identity complaints, 23andMe states that they give outside companies summaries and not names or identities. If you click the consent form then you are choosing to allow 23andMe to give the companies a summary of your genetic information. For the money complaint, 23andMe does indeed make a huge profit off selling the customers genetic information. However, they are selling the information to reliable pharmaceutical companies who use the information for a good cause which is to further genetic health research. While some compensation for the customer’s information may be due, the customers still have the option not to consent to it.
23andMe could make a few adjustments in the way they do things to ensure customer happiness and end the controversy on how they use customers for their information. The adjustments they need to make include making a more understandable consent form, ensure that the outside companies keep the customers information safe and a secret, and give the customers that do consent compensation for their genetic information being sent out to companies.
The first thing 23andMe needs to do is create a better consent form. The online consent form is where the controversy all starts. Since customers do not seem to read the entire form, 23andMe should break up the form into two pages. The first page in big clear letters will say “DO YOU CONSENT TO HAVE YOUR GENETIC INFORMATION SENT TO OUTSIDE PHARMACEUTICAL COMPANIES TO BETTER GENETIC RESEARCH.” Then they can put the rest of the information that they previously had in normal print under this headline.  At the bottom of the page they should put a next page button which will take them to the actual option to consent or to not consent to having their information shared. This way of doing things will not give customers the opportunity to complain that they did not know the consent form was to give other companies their information. The next thing that 23andMe should do is make the outside companies sign something that ensures that customer genetic information that is given to them will be kept safe. This makes the outside companies liable for any mishandling of genetic information. They also need to let customers know that their identities will not be included in the information given to outside companies. This will make customers feel calmer about consenting to give their information. Lastly, 23andMe needs to compensate the customers that do consent to have their genetic information sent out. An easy way to do this would be to give them a discount on their purchase of one of the packages that 23andMe offers. With the three adjustments to the way 23andMe does things; the controversy should be ended and customer moral should skyrocket.
-Tyler Jenesky
Refrences:
23andMe. “DNA Genetic Testing & Analysis - 23andMe.” How It Works - 23andMe, www.23andme.com/.
“Choose Region and Then Country.” Trastorno Bipolar I, www.lundbeck.com/global/about-us/features/2017/lundbeck-collaborates-on-large-first-of-its-kind-study-of-links-between-genetics.
Ducharme, Jamie. “23andMe's GlaxoSmithKline Partership Raises Privacy Concerns.” Time, Time,        26 July 2018, time.com/5349896/23andme-glaxo-smith-kline/.
Lumb, David. “23andMe Gives Pfizer Access To Its Genome Database.” Fast Company, Fast Company, 13 Jan. 2015, www.fastcompany.com/3040864/23andme-gives-pfizer-access-to-its-genome-database.
Nathanson, Stephen. “Act and Rule Utilitarianism.” Internet Encyclopedia of Philosophy, Internet             Encyclopedia of Philosophy, www.iep.utm.edu/util-a-r/.