Unnamed Passenger being Sued for Skipping Flight by Lufthansa (February 2019)

In April 2016,  Lufthansa is suing an unnamed passenger for skipping a layover flight. Lufthansa is the largest German airline who earn on average in revenue about $35 billion with a capital expenditure of about $3 billion.  The airline is suing the passenger the difference in costs of a direct flight of his intended location and the layover flight.  The layover flight consisted of him flying out of Oslo, Norway, to Frankfurt, Germany, to Seattle, Washington.  However, the passenger had no intention of flying to Seattle and chose to get off at Frankfurt and purchased a different ticket from Lufthansa that would fly to Berlin, Germany which was his intended location. 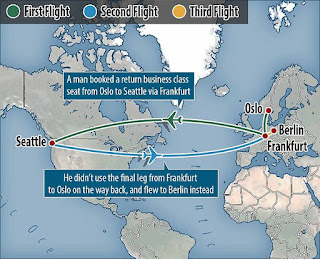 Lufthansa caught the passenger skipping his layover flight to fly to Berlin and immediately sprang into action by suing him.  The airline had said that it had created issues such as delaying the flight waiting for the passenger to never show up, the ticket fares going up for other passengers that are on that flight, and taking the spot of the ticket when someone else intended to go to Seattle could have used the ticket for that cheaper price.  However, the court had favored in the passenger's side causing the airline to appeal in this case aggressively, which was rare for an airline to pursue in. The passenger would have to had to pay about $3,000 for the direct flight when the total price for him to pay the layover flight was only about $740. 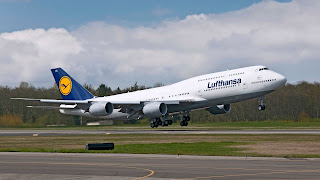 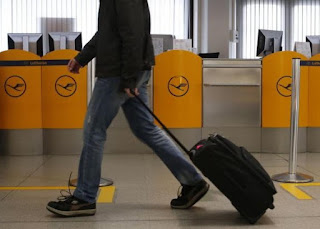 Individualists would find that this case was ethical because the airline was trying to maximize their business profit by suing the passenger for the difference in flight tickets plus interest.  The unnamed passenger would had have to pay about $3,000 when the layover flight was about $740, so the airline wants the $2,260 in return plus the interest, however the interest was not noted on how much they really wanted in return.

Utilitarians would view this case as unethical because Lufthansa did not maximize their customer's happiness.  As you can see, the passenger did not want to pay the extra $2,260 for the direct flight to his intended location when he would only have to pay about $740 for the layover flight that would eventually lead to his intended location.  If Lufthansa would have reviewed the cost of their flights, they would see that there would be less skip lagging travelers and individuals would be happy that they are able to get on their intended location flight.

Lufthansa acted rationality, as a Kantian would view this case.  The airline was trying to do the right thing by getting their money back so they sued the passenger for its difference in the cost of flights plus interest.  The formula of Humanity was not present as Lufthansa will need to install new ways of acting rationality so they can get the respect of customers to take their intended flights.

A virtue theorist would see this case as ethical.  The four virtues of characteristics are shown in this case.  Courage was shown as Lufthansa pursuing in this case aggressively because they wanted to make a statement on skip lagging travelers to stop using that technique and actually buying their intended location ticket.  The honesty was violated by the passenger because they bought the layover ticket instead of just buying the direct flight ticket.  Temperance was violated when Lufthansa had its reasonable expectations violated by the passenger because he had chose to skip the layover flight and buy another ticket to his intended location.  Finally, fairness was violated in this case because the passenger did not pay the correct amount of what he should have paid for his direct flight.

The company action plan consisted of finding ways to prevent this situation from happening again on this airline, a mission statement from Lufthansa, the core values that should be cherished, changes in policies, and how the plan will work.
Various ways could have been prevented such as lowering the flight tickets, having some incentives to convince the passengers to stay, and a program of some sort that would keep the passengers to stay where they should be intended. The mission statement was said that the airline wants to favor in the passenger and give them what they want and need because they want to satisfy the customer and make them feel at home.  Lufthansa has values that they believe should help connect with the customer more such as having honesty, loyalty, compassion, and respect.  The airline had also said that it would be beneficial to have some policy changes as far as to passengers not purchasing different flights and leaving the airport. The plan will work because it is a strategy to get the customers to feel that the airline will care more about them than they will care about the money, however at the same time, they will be getting the maximized profit they want.