Fresenius is a drug company that is suing multiple different states over the usage of the drugs that they don’t agree with. This drug company was founded in 1912 107 years ago in Germany and has many different branches around the world including the united states. There website states that they are a company that makes products that has a philosophy about "caring for life" and that they are “committed​ to putting essential medicines and technologies in the hands of people who help patients and finding the best answers to the challenges they face”. Which is exactly why when the company found out their drugs where being used to execute prisoners in the united states they knew they needed to do something. The drug company made it clear that they don’t want states using their products to carry out death sentences and have created a lawsuit to try to avoid this. They’ve imposed super strict limits on who can buy the drugs used for lethal injections, asked states to return some chemicals and, in one case, completely stopped making a drug to keep it out of the nation’s death row. The company’s goal is to not have their medicine used to kill prisoners because they fear the damage to their reputation that is caused by having medicines associated with death instead of life. 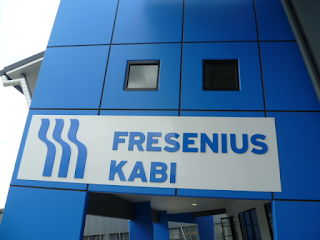 In the end the prison systems continued to get the drugs despite the companies attempts on stopping it therefore they made a lawsuit to retaliate this. Supporters of capital punishment accuse the drug companies of forcing states to use inferior execution options and of using the court battles as a way to stop executions — or at least delay them just long enough for the drugs to expire. The drug company Fresenius Kabi filed a federal lawsuit last week seeking to block Nebraska as well as Nevada from using what the company says it believes are two of its drugs to execute different prisoners from both of these states. The company said it took no position on the death penalty but “opposes the use of its products for this purpose and therefore does not sell certain drugs to correctional facilities.” In court papers, the company accused Nebraska of obtaining its drugs “through improper or illegal means” because of the restrictions it has in place making it extremely hard to acquire the drugs. A federal judge ruled against the drug company’s lawsuit. Attorney General Jeff Landry issued a statement saying the drug company “stood between victims’ families and justice” and added “No family should be deprived of their hard-won justice and closure because of the hypocritical actions of this drug peddler.”

In order to see if this case was ethical or not, we will compare it to various different theory's we have learned in class during the semester. 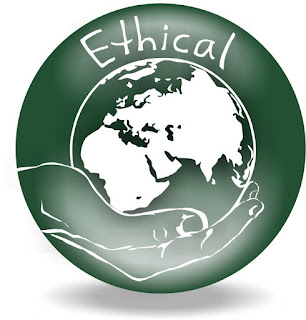 
The first being utilitarianism which is that you should maximize happiness in yourself and others. for this case I believe someone who studies utilitarianism would look at this and say it is not utilitarian for this situation. I believe this because in order for something to be seen as utilitarian both sides must be happy or pleased with the outcome with what occurred in this case one side was left angry where the other side is happy. The happy side being the prison systems and the mad side being the drug company.


The second theory we will look at is Kantianism which is the belief that rational decisions need to be ethical. In this case I believe Someone who has studied this theory would agree with the fact that the court made the right decision for the people of the United states but not the company. They made the right reasonable and logical decision by allowing the prison system to use these drugs so they had the ability to execute prisoners. These various different prisoners who were on death row did a crime bad enough that they were sentenced to death and affected various different family’s and even communities. The reasonable and logical action to be taken was to have the company lose the lawsuit.


The third ethical theory we will use to compare the case is Individualism which is the goal to maximize profits for stakeholders and do anything you can to achieve this. For this case I do believe the company did everything in their power to maximize the company’s profit for the stakeholders. They did this by doing everything in their power to keep their companies’ good image and brand from being tarnished. The company believes that people would think that their products are only sold to execute prisoners and that they profit off death. If people see their company as a brand that profits off death, they might look elsewhere which would cause the company to lose profits in return. If the company was to lose profit this would obviously anger the people who have money invested. So, to try to avoid this they made the lawsuit hoping they would stop the prison systems from using their drugs for execution.


The final ethical theory we will discuss is Virtue Theory which is the belief that breaks down into four different aspects which are courage, honesty, Temperance, and justice or fairness. For this I feel as though someone who studied this case would believe that this is indeed Virtue theory.  The first value that is in this theory is courage which is the willingness to take a stand for the right idea and actions. The company was doing this by making lawsuit and trying to protect their brands image which I’m sure they thought was the right action to take. Although some might not agree with this the company in this stance was showing courage and standing up for what they thought was right. The second value that is part of this theory is honesty in all aspects of business including their employees, customers, and other businesses. They also showed this by being honesty about what they were doing and why they wanted this lawsuit to be successful. Which was in order to try to save their brands reputation from being ruined due to the connection their drugs have to the death penalty. Temperance or otherwise defined as seeking reasonable expectations and desires when dealing with business. They showed temperance by seeking for a fair and reasonable way to stop their drugs from being used in a way they do not approve or like. They took strides to get this desire by creating the lawsuit to ban their substances from being used in the prison systems.  The final aspect of the virtue theory is justice which Fresenius Kabi did seek for in this case. They felt as though they were being served an injustice due to the fact they were essentially being forced to allow business or organizations the ability to use their products even if they didn’t want to do. This can be shown when they lost the lawsuit and the United States prison systems where allowed to use the company’s drugs even when they clearly stated they did not want this to happen.


In my personal opinion I feel as though the Fresenius Kabi was indeed in the wrong and I would have agreed with the other side in this case. They were working in an extremely selfish manner in which they only cared about what happened to their companies imagine and how they would look to the people who would purchase their products. I believe they did not look at the other side of the situation and to what there effecting with the lawsuit they started. One huge thing being is the justice that is obstructed due to their lawsuit and other ways of keeping the drugs out of the prison systems 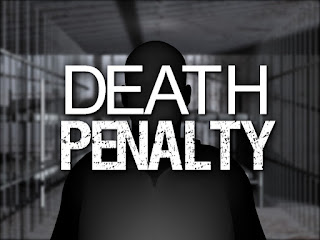 hands. The family’s and community’s that where effected by these criminals deserve justice and for the sentence that they earned to be carried. I felt as though as most companies due are not looking at the big picture and only care about how this situation can affect their companies’ profits. They do not look at the people who are involved and are being affected by this situation as so many are. In the end I believe the right outcome came through which was the company losing the lawsuit in which they lost what they wanted. There drugs where used for the executions and justice was able to be served for the people affected by these criminals.


In conclusion Fresenius Kabi could not prevent their drugs from being used in the death penalty process via lawsuit. But however, they can work to repair their company’s image that they feel has been hurt due to this. The ethical thing to do would have been pulling their drugs from the shelves or allowing the executions to go through. I found this case ethical in two of the ethical theory’s which where Kantianism, Individualism, and Virtue theory. However, I do not think this case was ethical when looking at through a utilitarianism view point.
Posted by Andrew Preiss at 7:22 PM