Ethics Case Controversy
Royal Dutch Shell is one of the world’s largest companies and is among the top for the oil and gas corporations.  The company is headquartered the Netherlands but controls all of its own processes from drilling oil to shipping it.  Like most oil and gas companies, Shell has had it fair share of threats and protests from environmental groups that are against the harmful effects that these companies have on the environment and climate.  However, seven human rights and environmental groups led by the Friends of the Earth Netherlands have banded together to file a lawsuit against Shell.
The Lawsuit seeks to force shell to align its current business model with the goals of the Paris Agreement.  The agreement seeks to “strengthen the global response of the threat of climate change by keeping global temperature rise this century well below two degrees Celsius”, while also strengthening the ability for countries to fight the impacts that climate change has had (UNCC).

Shell was one of many companies that stated that they “strongly supported” the Paris Agreement, yet they have not taken any action to change their current business strategy.  It was also discovered that Shell was aware of the damages their practices were having on the environment and that they had been for years as well as reports of Shell funding climate denial groups.  This led the environmental groups to file the lawsuit, however they have given Shell until the 5th of April, 2019 to change their current strategy or they will deliver a court summons to the company.  The suit seeks to make Shell responsible for the environmental damages that they have caused.  It was not until they received pressure from their investors that Shell stated they will establish short term carbon emissions targets in 2020.  Whether or not Shell’s current plans are up to the groups standards has yet to be decided.


Stakeholders
In the case of the Royal Dutch Shell lawsuit, there are several stakeholders.  The stakeholders in the lawsuit itself are, Shell, which includes employees and shareholders, the Netherlands government were the suit will be taking place, and the seven climate groups going against Shell, which includes Friends of the Earth Netherlands, Greenpeace, ActionAid, Both ENDS, Wadden Sea Forum, Young Friends of the Earth, and Fossil Free
NL.  The global population is also a stakeholder in this case because if the world’s climate were to drastically change, people from all cultures would be seriously affected.

Individualism
When looking at Shell’s actions from an individualistic standpoint, their current business model aligns with the ethical rule that their actions should maximize the profits for the business while staying within the confines of the law.  Current laws that combat climate change are relatively vague and therefore easy to move around and find loopholes in.  An example of this is the Paris Agreements NDCs, or Nationally Determined Contributions, which leave deciding whether or not a company’s contributions to fighting climate change are adequate or not to the company’s national government.  Therefore, prior to the lawsuit, Shells actions and business model are completely ethical from an individualistic stand point as the company is primarily focused on making profits within the law.  If the lawsuit goes through and the Netherlands government decides that Shell’s current actions are not sufficient enough to meet the Paris Agreement, they will be legally required to change their business model.  If they do not then change in that case, their actions would no longer be individualistically ethical.

Utilitarianism
A Utilitarian would view Shell’s current business model and practices as being unethical because Utilitarianism seeks happiness for any and all beings that are capable of feeling it and happiness and pleasure are the only things of intrinsic value.  Shell may currently be making its owners happy with the profits it is making off of the current oil business, however it is not maximizing the happiness of the other stakeholders that are affected by its decisions.  The simple fact that environmental and human rights groups are trying to sue Shell for their current practices means they are not happy with what the company is doing and the decisions it is making.  If Shell wished for its actions to be seen as ethical from a utilitarian view the company would need to start shifting towards alternative means of fuel and energy to please environmental and human rights groups, as well as the general public, while also maintaining the happiness of company owners and investors by likely making a profit. 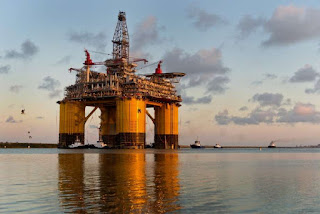 Kantianism
For Kantianism, one must use the Formula of Humanity as well as making sure that the right motivation is present when looking at Shell’s actions.  Currently they do not follow this formula as they view both the environment where they dig for oil and those who purchase their products as purely a means of making money for the company.  If they saw their customers or the environment as having true value, Shell would likely take more steps to ensure their safety.  Shell also fails to find the right motivation in this case.  They are not motivated to agree with and support the Paris Agreement because it is good for the environment and will help build a more sustainable future, instead they make statements that they agree with and support the agreement to make the company look better and create a better image for themselves.  They acted inconsistently with their own statements to make themselves seem better than they actually were making shells actions unethical from a Kantian perspective.

Virtue Theory
From a business perspective, there are four main virtues that are used to evaluate a business’s characteristics in Virtue Theory.  The virtues are courage, honesty, temperance, and justice.  Shell fails to contain even one of these virtues in their recent actions and practices.  Shell did not show courage but instead cowardice as it did not take any risks in changing its business strategy for the betterment of the environment.  Shell was also not honest in their actions towards the Paris Agreement and were dishonest when saying they supported the Paris Agreement.  They also did not set reasonable expectations and desires for its own practices and instead acted as if their actions were fine and did not affect the environment, which was unreasonable and failing to show temperance. Because shell fails to display any of the four virtues of business, their current strategy is unethical from the point of view of Virtue Theory.

Ethics Evaluations
As it currently stands, Shells business practices and actions are still legal due to some of the vagueness that exists in the Paris Agreement.  However, the outcome of the seven environmental group’s lawsuit could change the Netherlands governments view on what Shell is doing.  Based on these facts, I personally believe Shell to be unethical in this situation because they are claiming to support actions like the Paris Agreement, that act for the better of the environment and the climate, while using loopholes to avoid changing their harmful tactics is very underhanded and unethical.  If all goes well for the Friends of the Earth and the other groups, Shell will need to make some big changes to move its business towards more sustainable activities.

Action Plan
Shell will need to start changing its current business strategy to better align with the Paris Agreements goals of sustainability.  They will need to create a business plan that will lay out its plan to move towards sustainable energy in the coming years.  Asking the company to switch to renewable energy overnight would impossible to do, so instead, the plan should allow Shell to slowly start to move the companies resources from oil and gas to renewable energy.  They would start by moving the budget used to further develop oil and gas to developing sustainable energy technology.

Shell would then start to introduce these new products to the public and begin selling them.  Assuming the products are well received and meet the standards of the Paris Agreement, Shell could start to slowly phase out its oil and gas production as the world moves towards more renewable sources.  Doing this will not be a quick or easy task, and in order to make sure the plan is being implemented smoothly a team of both high ranking company personnel and representatives from the Paris Agreement and other sustainable energy companies would be brought in to oversee the changes.  It will not be an easy task to move the world in the direction of renewable energy, but if large corporations like Royal Dutch Shell help pave the way, it could be doable in the foreseeable future.

Posted by Trent Robinson at 6:42 PM