Insulin is the medication that is used to treat diabetes. It is essential for people with type 1 diabetes to receive insulin injections, as people with type 2 can manage it with diet and less injections. It was invented in 1922 and has since grown astronomically. Major insulin manufacturers like Eli Lilly have been able to streamline the process and make the manufacturing of insulin much more efficient and effective. With new technologies, different kinds of insulin have been invented that have benefitted many people. 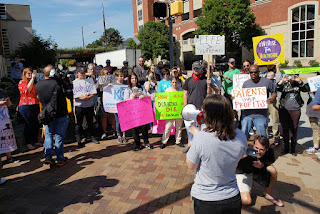 In the insulin world today, prices have risen to astronomical amounts. For a person with type 1 diabetes, it can cost over $600 a month for their medication. Some people have resulted to rationing their insulin to attempt to save money, which has lead some people to death. Eli Lilly is now facing multiple class action lawsuits and protests have begun outside of their headquarters. Multiple groups have formed on social media sites in protest of the high insulin costs. These groups are pushing for Eli Lilly to be more transparent with their financial information and to set their prices a reasonable levels.


For Eli Lilly, their stakeholders are their suppliers, employees, consumers, and insurance
companies. The consumers are their most important stakeholder as they provide Eli Lilly with money to keep the company running. If their employees begin to quite because they don't like how Eli Lilly is being run, then the company will be in desperate need of employees. Suppliers can take similar
actions as the employees and stop supplying the materials needed to produce insulin. Insurance 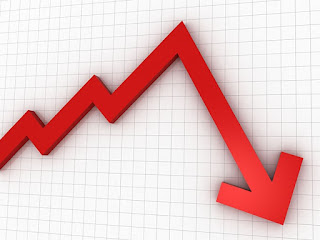 companies will start to cut insulin from their plans as it is too expensive to support, which will lose Eli Lilly business as more people begin to ration their insulin.

An individualist would agree with the actions that Eli Lilly has been doing. The individualism perspective views the maximization of profits and the owner’s choices as the only things that matter, as long as they do not break any laws (Salazar, 17). Eli Lilly has been raising their prices drastically to maximize their profits. This adheres to individualism because the lawsuits that have been brought against Eli Lilly have so far been dismissed. Since laws are already in place, it is not the responsibility of the company to be socially responsible (Salazar, 17). Eli Lilly has shown that they do not take responsibility for what happens outside of their profits. There are people who need insulin to survive, and they continue to mark the price up. Even though people are dying while rationing their insulin supply, Eli Lilly has not lowered the base price of their insulin. Another topic of individualism that is controversial is whether or not companies should donate money or not. Some individualists think that it is good to donate money because it could contribute to long-term profits. Others do not think it’s a good idea because there is no guarantee that they will receive future profits and they lose money at the current time. The common philosophy of individualism is that if people want companies to donate money, they should pass a law that requires them too (Salazar, 18). Eli Lilly has said that donate, but they match whatever their employees decide to donate. It is impossible for any of their employees to ever donate enough to significantly impact their profits, so they can remain in the individualist perspective while publicly trying to stray away.

Eli Lilly does not adhere to Utilitarian beliefs in any way. Happiness and absence of pain for all are prioritized for Utilitarian’s. For a company like Eli Lilly, this means making decisions that make most of stakeholders happy (Salazar 19). Eli Lilly’s consumers make up the largest portion of their stakeholders, and they are certainly not happy. With the price of insulin being ridiculously highly, people are spending all their money on it. This is also causing people pain because they are trying to ratio their insulin, which can cause painful and uncomfortable symptoms, and even death. For Eli Lilly to attempt to adhere to Utilitarianism, they must way the costs and benefits of each action and pick the one the benefits the most people (Salazar, 19). Eli Lilly has done no such thing as all the actions they have taken have been geared towards making the heads of the company as wealthy as possible. Utilitarianists also weigh the happiness and profits of decisions in the long term to try to make the company flourish (Salazar, 20). If Eli Lilly had made their decisions in the same way, they might not be in this situation. It’s easy to see that if they continue on their same path, there are high odds the company will fail. The long-term goal of the company should be to retain their customers for as long as possible. This requires them to keep their customers happy and healthy, something that their current actions have not shown.

The ethical theory that is the most opposite of Eli Lilly’s practice is Kantianism. Kantianism revolves around allowing individuals to be able to make free and rational decisions. To accomplish this as a business, it is imperative to respect individuals’ choices, and provide them with all the necessary information to make an informed, rational decision (Salazar, 20). Eli Lilly has followed none of the Kantian guide lines. They are not allowing people to freely make decisions on how they should spend their money. People are forced to inject themselves with insulin, so Eli Lilly is forcing them to spend ridiculous amounts of money. They are also manipulating their prices for their own personal gain, which is disrespecting their consumers decisions. The originator of Kantianism, Immanuel Kant, said not to make decisions based on consequences, but on “Good Will” (Salazar, 21). Good will is making decisions based on good intentions. Eli Lilly’s intentions are not good. They are knowingly making decisions that are harming and manipulating people. A key part of Kantianism is the formula of humanity. What the formula of humanity says is that it is wrong to us people as a mere means to get what you want (Salazar, 22). This is the basis of Eli Lilly’s business plan. They are overcharging people for the sole purpose of making themselves more money. The consumers are the means for Eli Lilly to make large profits, and there is no way out. Insulin is a necessary medicine that Eli Lilly is manipulating to benefit themselves while disrespecting and cheating their consumers.

Virtue theory is based around a set of good human characteristics that Eli Lilly fails to follow. The traits that virtue theory is based around are traits that promote wellness or flourishing of individuals in society, known as virtues (Salazar, 22). For a company like Eli Lilly, the best way to follow virtue theory is to try to follow as many good traits as possible so you can avoid the bad. Eli Lilly has not shown many, if any, displays of virtues. They have been dishonest by hiding their financial information. Since they won’t reveal the actual profit margin they are receiving, they are lying by saying their prices are reasonable. Their selfishness has been extremely predominant as they haven’t lowered their base price yet, but offered a price reduction program to those who qualify. Greed has been the biggest vice (bad trait) that the company has. It has pushed to keep attaining larger and larger profits, and now the company is in a bad position as protests are breaking out at their headquarters and lawsuits are being filed. Eli Lilly should be asking themselves how to change their virtues. The best way to achieve this is to ask themselves if their current methods are advancing virtues. If they are not then need to change, if they are then they should maintain the set course. Eli Lilly clearly does not ask this question with their decision making, nor do they act like they care. Virtues that Eli Lilly do not adhere to are honesty, justice, and care. They hide their information and tell their consumers that they understand their grievances, and then show no advances to fix the problems. They avoid justice as they get the lawsuits dismissed off of technicalities. Everyone knows that Eli Lilly does not care about their consumers as they still have not lowered prices even though people are dying from trying to ratio their insulin.

I believe that Eli Lilly has been acting unethically throughout this case. They have kept their financial information hidden so that people cannot see how much profit they are actually making off of each vial. They have thrown customer health out of the window since people are dying because they can’t afford insulin and the price hasn’t been lowered. Eli Lilly has shown no faith to the people who depend on them and have only shown they care about money. Even now, they offer a program to help people afford insulin. Not everyone fits into this program, so they still make money and can say they do offer help. I think this a cheap way to try not to look bad and still make money. Eli Lilly declined an interview from NPR, but a statement from a spokesperson stated, “we understand why people are making their voices heard” (3). This statement does not clear anything up, but almost makes people want to believe that something will. To me, this statements objective is to calm people down and make them hope that change will come, while Eli Lilly can still make big profits.

For Eli Lilly to get out of a situation like this, they need to make changes soon. The first step
they should take is to make a public statement apologizing for the prices and saying they will fix them. The next step is to find a reasonable number to set the price at. The equilibrium point for this price should provide the company with reasonable profits and the consumers should have to pay a reasonable price. It is imperative that Eli Lilly is the first company to lower their prices as it will look better for the company and bring over new consumers. The last step they should take is to make their financial statements more transparent to build trust among their consumers. 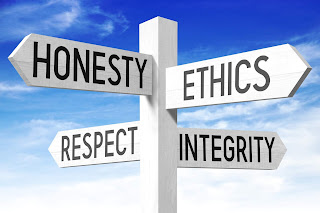 To prevent another situation like this from arising, Eli Lilly should have a third-party financial company check their finances. This would make sure that they are still selling their insulin at a reasonable price, and would establish trust with their consumers as they would know Eli Lilly is not the one saying the price is reasonable. A way for Eli Lilly to regain trust among the community would be to offer insulin to hospitals for no profit. This would be a great show of faith as insulin is mostly used in emergency situations in hospitals. If Eli Lilly follows these steps and uses these safety nets, then the company should rebound and stay strong.
-AndrewF


Salazar, Heather. The Business Ethics Case Manual. n.d.
“Who We Are.” Eli Lilly and Company, www.lilly.com/who-we-are.