In January, 2019, Elwood Community School Corporation superintendent, Casey Smitherman, was charged with insurance fraud, identity deception, insurance application fraud and official misconduct. This was due to a 15-year old male student not showing up to school one day because of a soar throat. Smitherman took the liberty of driving to the boys house to make sure everything was okay.

On arrival, she noticed the boy had a severe soar throat, what she believed to be strep at the time, and didn't think twice on taking him to get it checked. Knowing that the boy had no sort of health insurance, she originally took him to an urgent care center in Elwood, Indiana to get checked out. She was later denied treatment for the boy due to her not being the boys legal guardian and went directly to St. Vincent Med, also in Elwood. 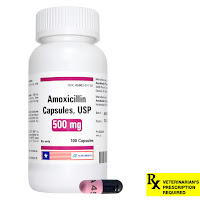 When getting to St. Vincent Med, she didn't think twice as to whether she should call the boy her son and use her health insurance for immediate treatment. She was able to get a prescription for Amoxicillin and went directly to a CVS pharmacy to get it filled, still using her sons name and insurance. When the police department got a tip regarding this behavior, she turned herself in to authorities and went on to explain everything to the public and ultimately resigned due to her prior actions.
The people affected by this case include the 15-year old boy and the entire Elwood community, including the Elwood Community School Corporation. While doing what she thought was right at the time, she did not take the time to realize how big off an impact such an action could cause for not only herself. Due to her actions, the schools in the district were left without a superintendent, one who many people were able to confide in. She was not doing everything she could to care for the longevity of the school as well as the children she was supposed to help shape as young adults with the core values needed to becoming an outstanding citizen.
The goal of Individualism is to maximize profits for the shareholders and take into consideration ones best interests. Although Smitherman' job was not to try to maximize her shareholders profits, in other forms, her job was to take into account her actions for an entire school district and create longevity and the best school district she could. Individualism will look at this case and realize that Smitherman was not following this theory. While acting ethically, due to her trying to help the student and not harming him in anyway, what she did was illegal and in turn not looking after her best interests.
The Utilitarianism theory states that the action is ethical if it helps promote the maximum amount of happiness to the most amount of people. In the short-term, Smitherman is following the theory because she maximized her happiness as well as the boys by getting him treatment. For the overall picture, this case does not agree with this theory. This case does not follow Utilitarianism because what she did ended up getting herself arrested and causing the student some sort of guilt towards the situation. Along with this, she did not provide happiness to the community and school district in which her job was to do so.
According to the Kantian theory, decisions need to be rational as well as ethical. With the decision, it cannot be made from self-interest and should be reflected on the duty one has. When making ethical decisions, this means applying the standards of behavior to everything that is presented to us an dhow to handle situations. In the case of Casey Smitherman, she did not follow the theory of Kantianism. Smitherman was acting deceitful, meaning she as being fraudulent and misleading. Instead of giving herself time to think of different alternatives, she immediately did what came to her head first and didn't give the thought of other options the time of day. If she didn't act impulsively, things wouldn't have turned out the way they did and she would not have jeopardized her career and accomplishments. 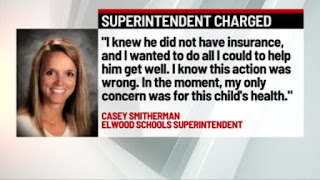 In regards to Virtue Theory, there are four main characteristics that are focused on. These characteristics are courage, honestly, temperance/self-control and justice/fairness. In this case, Smitherman is being courageous as she was willing to take the step not many people would be willing to take and do everything in her power to help out the boy. She came out and publicly addressed the scrutiny she was under and said what she needed to, truthfully and to the fullest degree. Not many people can be that honest with themselves saying how they messed up but she knew she had to do it for the betterment of herself and the boy. Smitherman showed temperance as well by controlling her emotions when dealing with the press. She never let herself get carried away and stayed calm throughout the whole thing. Finally, her actions were justified because of her work ethic and the amount she was willing to go above and beyond what was necessary. She always had good intentions and has never harmed or blamed anyone for her own wrong doings.
In my opinion of this case, I believe everything could have been avoided if she just acted rationally and took the time to think of other solutions. For starters, she had no right to be at the boys house in the first place. That is not professional by any means and this is not Ferris Bueller's Day Off. If she realized something was out of the ordinary, she should have notified the parents to see what actions they should take next. Instead, she took it upon herself to fix the issue and ended up being charged with 4 different crimes. The school nurse is more than capable of taking care of a boy with a soar throat and she should have never resulted to calling him her son and committing insurance fraud as well as the other crimes committed.
After the incident and making national news, the Elwood Community School Corporation should have a plan on how to do damage control. For starters, they should create a new mission statement. The new mission statement for the school should state that they care for every student equally, regarding the income of the parents, and will instill the proper values and beliefs that every student needs to become and outstanding citizen both in and out of the classroom. This will show that the school district does not discriminate and treats no one student different than the next.
Going above and beyond the mission statement, the school district should present these three core values of unconditional love and kindness, hard work and respect for other to the parents, teachers and students. These three basic but very crucial values will help the school district give the students a better understanding on how to act and feel towards one another. All these actions suggested could put the school and community in a better place than before the scandal and ultimately help unite one another and take this as a learning experience and keep pushing on.

Posted by Brendan Critchley at 4:13 PM