Case Summary
Sometime during the month of July, 2018, Florida pediatrician and mother Free Hess found a seemingly harmless cartoon on YouTube Kids posted by an anonymous account. Settling in to watch the video with her young son, what came on during the middle of the video shocked and appalled her. After 4 minutes and 45 seconds of watching the cartoon show “Splatoon,” a man by the name of “Filthy Frank” came on screen and offered these instructions: “Remember kids, sideways for attention, longways for results. End it,” before walking off screen and the video returned to the cartoon. (SOURCE) This man, whose real name is George Miller, is a YouTube personality who originally produced “alt-comedy” videos and parodies of recent events.

After Hess watched the video, she reported and flagged the video for inappropriate content, which alerted YouTube Kids to review the video. Hess “put out an action call to different groups to help her report the video and have it taken down.” (SOURCE). After a week, she says, the video was taken down. Hess originally saw the video in July, but over the weekend of February 23rd, 2019, she found the video again, with many others like it. Hess began looking around YouTube and YouTube Kids, looking for other videos like this, and found many. Hess says “she found videos glorifying not only suicide but sexual exploitation and abuse, human trafficking, gun violence and domestic violence. One video, inspired by the popular "Minecraft" video game, even depicted a school shooting.”


Stakeholders
The stakeholders are the people who have an investment in the scenario. For this case, there are many stakeholders. The person who uploaded the video is one, while parents are their children are another important set. YouTube and YouTube Kids have a major stake in this as well. Minor stakeholders are Filthy Frank, and the authorities who would have to deal with the aftermath if something went wrong.

Individualism
Individualism is described as attempting to maximize profits within the law.
Any action without profit from the company is considered stealing from the company, according to Milton Friedman. In this case, no one is looking to make a profit off of the video. It is a long process to make money of off YouTube, and an anonymous user posting a video would not be making money. However, profits were stolen during the case. Filthy Frank, because he is such a big YouTube personality, he can make money off of his videos and the ads played before his videos. By having his content stolen, his profits are being stolen, which violates individualism beliefs. Additionally, the actions must be within the law. According to Rene Diekstra, a Dutch psychologist, says "every state has laws which specify that it is a felony to aid, advise, or encourage another person to commit suicide" By this statement, the person who uploaded the video broke the law, which violates Individualism beliefs.

Utilitarianism
By Utilitarian standards, overall happiness is extremely important, as well as the consequences of each action. For an action to qualify for utilitarian standards, the action must have the best consequences, and make as many conscious individuals happy. By those definitions, the person who uploaded that video would not satisfy a utilitarian. This person made no conscious being other than himself happy, because if someone listened to the instructions they posted, it would devastate numerous individuals. And clearly, the consequences of the action are devastating. A child death is a horrible consequence to a statement taken out of context, and posted with malicious intent. The happiness of the person who posted the video might be higher, but the happiness of all conscious beings are certainly not. 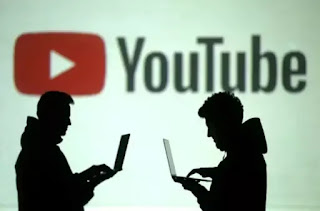 Kantianism
Kantian Ethics, in a short summary, decide if something is right or wrong. If your mother would yell at you for it, it probably does not abide by Kantian ethics. The official definition from Kant is to "Act in such a way that you treat humanity, whether in your own person or in the person of another, always at the same time as an end and never simply as a means." This means that each person must be treated with respect, as if they are the one you wanted, not as a means, when you use them to work towards a bigger goal. The Formula of Humanity is another vital part of Kantianism, and that is the part that refers to an act being right. The person who uploaded the video did not abide by Kantian ethics, because he or she did not act "right." They treated the people and users of YouTube as a means to post a video with an illicit message, and disrespected the people by doing so. It is wrong to instruct someone to commit suicide, as it is illegal in 50 states. Lastly, YouTube did abide by Kantian ethics when they attempted to update their policies, because it is the right thing to do.

Virtue Theory
Virtue Theory is all about the virtues and the vices. Virtues are the good traits in humanity, and vices are the bad traits. The main four virtues of virtue theory are courage, honesty, temperance/self-control, and justice/fairness. In this case, the person who uploaded the video did not act kindly. This person failed to comply with the virtues of temperance and justice, as well as struggling significantly with honesty. This person showed no self-control in this case, because he or she chose to upload a video that they knew could have serious ramifications on a person’s life, and yet still chose to do so. This person failed to show justice/fairness as well, because they did not deliver justice to Filthy Frank because they took his video without his consent. Additionally, it was unfair to the parents who just wanted their children to watch a children’s cartoon without worrying about their safety. Lastly, this person struggled with honesty because it is dishonest to suggest suicide to anyone, whether it is direct or indirect. The whole situation failed to abide by Virtue theory.

Justified Ethics Evaluation
No, acting this way is not justified by any ethical standard. It is wrong to suggest to children to commit suicide, it is wrong to put it onto a children's platform, and it is wrong to think that people would not get hurt by this. If someone had taken this seriously, and actually hurt themselves because of this video, its hard to imagine the lack of moral compass on a person. Maybe this person thought it would be a joke, but it is not. As mentioned before, it is illegal to suggest suicide to anyone of any age, but particularly despicable when you suggest to a group of children on a social media site. 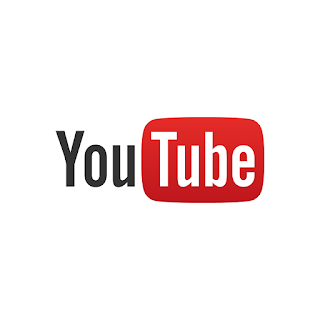 YouTube needs a pretty sizable revamp of their security and filtration policies, and that is what they are going to get. First, YouTube will need to verify each account that will post on YouTube kids. That way, they can ensure that the children's videos are coming from a trusted site. Next, the computer servers used to filter and review each video will be assessed. New computer algorithms will be constructed that evaluate each video put on YouTube and review them. They will have a set of trigger words to flag for each video, and when they hear one of those words, the video will be flagged and sent to human review. Additionally, YouTube should hire new employees to train and change the culture there. By hiring new employees and training them to become high energy and productive workers, YouTube could move past their bad public relations.

YouTube's new marketing plan needs to be high energy and fun. They need to put these controversies behind them and begin a new idea of YouTube. They need to update their core values and their mission statement to reflect the new idea of YouTube, which is a fun a safe space to share what you love. That is the point of the site, so the update cannot stray away from the main idea too much. To share this campaign, YouTube will employ a new marketing strategy that shows the new, fun side, while still emphasizing the safety that will be updated for its users.