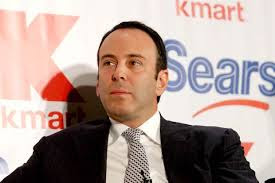 $25 million in bonuses are being paid out to a number of executives that work for Sears holdings corporation. Per a court's approval in White Plains, New York, back in October of 2018 Sears holdings corporation is able to pay out $25 million in bonuses under plans of reorganization. The company filed for chapter 11 bankruptcy on October 18, 2018. Chapter 11 bankruptcy essentially allows for struggling companies to create a plan of action under reorganization that can help save their business. In this case, the top 18 executives at Sears holdings are up to split $8.5 million, and the next 322 non-insider employees are up to split $16.9 million in bonuses. Part of the reorganization plans are to cut 5,457 employees, and to close between 100-120 stores. The main objectives of the plans are to preserve 425 stores and to save 45,000 jobs. No severance pay for the cut employees are also a part of the plans in reviving Sears holdings corporation. Under the court's approval, Sears is good to go with the bonuses. 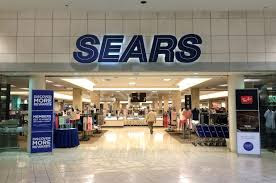 Seritage growth properties is a branch of the ESL hedge fund owned by Eddie Lampert. The 266 properties purchased by Seritage growth properties were Sears and Kmart stores. Sears holdings was charged $135 million in rent during the first year of operating stores inside the property of the real estate investment trust. The $135 million they were charged in rent during the first year further led the company to a massive amount of corporate debt considering that it ate away at their operating revenues. The rent paid during the first year totaled just over $500,000 per store. That means that each store paid over $40,000 in rent on a monthly basis. Under the leadership of Eddie Lampert, Sears holdings has been spiraling downward and for the longest time nobody knew why, other than the fact that they had been well behind what their competitors were doing.

Individualism
In this particular case concerning Sears holdings corporation, they as a business did not pertain to the ethical theory of Individualism. First, they did not choose a business action that would maximize profits for the company because they cut employees with no severance pay which hurts their image as well as their brand.The second part of Individualism deals with a business operating within the confines of the law. The business did seek court approval and they were granted the right to follow through with their plans. However, Eddie Lampert using Sears as a personal investment into his hedge-fund may not have been within the law. Recently there has been no investigation released to the public about a branch of his hedge-fund buying Sears properties and charging the holdings corporation ridiculous rent rates. Therefore, it is questionable to say the least that what Eddie Lampert, the chairman of the board for Sears and the owner of his privately managed hedge-fund did was within the confines of the law.
Utilitarianism
Utilitarian ethics heavily devote business actions to maximize happiness in the long term for all the people who are to be affected by a particular business decision. Utilitarianism is essentially egoism and altruism mixed in together. A cost and benefit analysis is crucial for utilitarians when it comes to an important decision. The employees that were let go did not enjoy maximum happiness. Due to the fact that those cut employees did not receive a severance pay reveals that it was not a utilitarian decision by Sears. Some of the employees that were let go had been working their for years and for them them to be excommunicated from the company that way shows that maximum happiness in all beings was not achieved.
Kantianism
Immanuel Kant believed in a formula of humanity, that was, to never treat people simply as a means but as an end in their own self. When it comes down to it, Kant essentially believed doing the right thing for the right reason was the key to a correct business action. The correct action also allows for a certain level of respect in another person.To allow for these bonuses and for cut employees to receive no severance pay demonstrates how the decision by Eddie Lampert was not one of his personal duty to his hard working employees. The kantian theory is heavily involved with the formula of humanity. One can see that by granting cut employees no severance pay, that is essentially treating them as a means. It shows the laid-off employee that they are worth nothing to the company but a temporary expense. 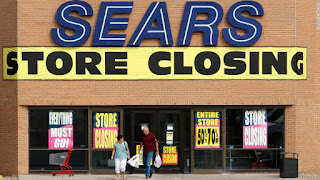 Virtue Theory
The ethical approach to business known as Virtue theory was first created in a nonbusiness sense by Aristotle. He believed that all humans have different minds but we each have rational capacities. Eddie Lampert did not act with courage because he knew his actions were designed for self benefit only not the benefit of the hard working low level employee. Lampert acted dishonest by being deceitful about what he did with company properties for personal gain as well as organizing the bonuses. Temperance relates to a certain level of self control in a person. In this case for Eddie Lampert, the personal gain outweighs the success of Sears holdings. Justice and fairness play a large role when it comes to what is a correct decision pertaining to virtue theory. Lampert did not act with justice in mind due to the fact that his cut employees did not receive any severance pay for losing their job.
Company Action Plan
The current issue with this case is that 5,457 employees are losing their jobs at Sears and Kmart stores while high level executives and corporate employees are receiving bonuses that in total, reach over $25 million. Around 340 employees are receiving those bonuses while 100 stores are closing and almost 6,000 people are losing their jobs with no severance pay. The first thing Sears holdings needs to do is attack Eddie Lampert and his hedge fund. Sears needs to fight to get rid of ESL investments as a creditor. ESL owns over half of Sears and what the legal council for Sears should do is demand money from ESL for acts of unfairness done by Eddie Lampert. Remarketing the idea behind Sears would be very valuable for the company. They faced very bad publicity over the years for not keeping up with their competition as well as not giving severance pay to laid-off employees. They need to market company in very similar ways to Walmart. Next, the plan will promote business productivity because they are going to remarket and establish themselves as a company that is better than Walmart. Sears really needs to press and put pressure on Walmart if they want any chance at making a comeback. Lastly, this will be profitable because once they complete the action plan then they will be able to sell products that walmart shoppers want and cannot find at any store but Sears. Essentially, the action plan creates a new Sears holding corporation. It completely rotates the company from a failing one to a fighting one.