Fresenius Kabi, In Lawsuit against State of Nebraska (2018)

Carey Dean Moore was sentenced to death in 1980 for the murder of two cab drivers. A federal judge rejected the request by German drug company Fresenius Kabi to restrict Nebraska from including their drugs in the 4 drug cocktail, “contained diazepam, a tranquilizer; fentanyl citrate, a powerful synthetic opioid that can block breathing and knock out consciousness; cisatracurium besylate, a muscle relaxant; and potassium chloride, which stops the heart,” (NY Times) which will be used to kill the Death Row inmate. Although Fresenius Kabi does not take a position on lethal injection, the company thinks the use of their drug should not be permitted.
In this paper these theories, Individualism, Utilitarianism, Kantianism and Virtue will be applied to this case. For starters the company was trying to protect their reputation by keeping their drug away from the the death penalty scene. By doing that it could reduce their profit income. Which would be the opposite of what individualists want. When it comes to the death penalty happiness is never involved and should never be, utilitarian’s would argue that it is unethical for the company to allow Nebraska to use their drugs. Kantianism would argue the case is unethical because Nebraska is not being loyal to the drug company and putting their drug to use regardless of what the company has to say. Virtue Theory will not apply to this case because the drug company will not fulfil the four characteristics courage, honesty, temperance/self-control, and justice/fairness. After reviewing these 4 ethical theories, the drug company Fresenius Kabi should focus on restricting their products and ensuring the only people that can get their hands on them are hospitals around the world to prove their drugs are manufactured to help people not kill them. 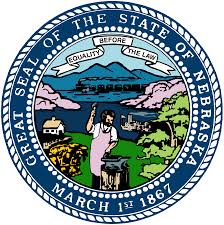 Ethics Case Controversy
In August of 1979 a man by the name Carey Dean Moore was arrested for robbing and
killing two cab drivers in Omaha, Nebraska. On August 22nd 1979 the 22 year old murdered the first victim Reuel Eugene Van Ness Jr. a 47 year old Korean War veteran. His brother who was 14 years old, was in the back seat of the cab with Moore when Van Ness was shot in the back three times. The brothers then stole $140 from the driver to buy marijuana and porn magazines. 5 days later on August 27th he murdered Maynard Heldgeland who was also a 47 year old Korean War veteran and was working through family issues. Moore got in the taxi and put three bullets into Heldgeland’s head. Moore was sentenced to death in 1980 and fought for 27 years to appeal his visit with the electric chair making his sentence to death row the longest in the country. The sentence was overruled by Nebraska Supreme Court so they can check the constitutionality of the electric chair.
Since the ban for lethal injection in 2016 was overturned by voters this execution would be the first act of Capital Punishment in 21 years and the first ever Lethal Injection. Which is a more efficient and effective way to deal with this situation. Nebraska officials are pushing to carry through with the plans they have set for Moore. Being the first Lethal Injection in Nebraska, the drug company Fresenius Kabi opposes the use of the drugs Diazepam and Fentanyl. The company claims Nebraska Illegally obtained the drugs and does not want their drugs apart of the execution. Although this company does not take position in Capital Punishment they are still protecting their reputation and claim their drugs are not made for that reason and purposely do not sell them to correctional facilities. The state of Nebraska executed Carey Dean Moore leaving the German drug company with no say in had happened. 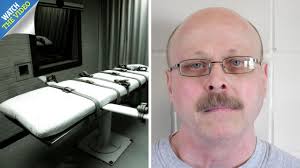 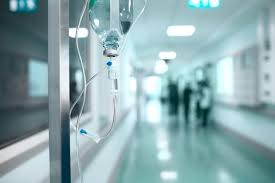 The drug company needs to do a better job at controlling where they are distributed to and who can get their hands on them. Sure it sounds easy to do, but think of all the hospitals across the globe that get these drugs shipped to them regularly. Once the hospitals have the drugs in their possession Fresenius Kabi can no longer control where they go after that. To prevent this problem from happening again the company can construct strict policies to ensure their products do not end up in the wrong hands, they could also get feedback from employees and other business professionals to maybe get better ideas to help keep control of their product. When making the product only manufacture to order, this can be effective because the company can ship the product knowing it will be put to use instead of sit on a shelf or possibly get sold or stolen. The company can also mass produce products and ship them when needed, the downfall to that can be if the product has a shelf life they could possibly expire. By doing this it can ensure ethical productivity in the work place.

At Fresenius Kabi our job is to give the right tools needed in order to save the people who need it. We strive to work hard on a day to day basis to ensure these tools, whether it is medicine or technology will save lives! Our core values are Accountability, Customer Focus, and Excellence. These values are the roots to this company and all of our workers were trained to incorporate them throughout their work day. Accountability shows other employees, customers, and other companies that we are not afraid to hold ourselves accountable for a misunderstanding or making a mistake while working. Customer Focus shows we revolve our company around customer satisfaction. This ensures our customers are happy at all times. Excellence is very important to us because we are in such a competitive market, we need to be at peak performance at all times.